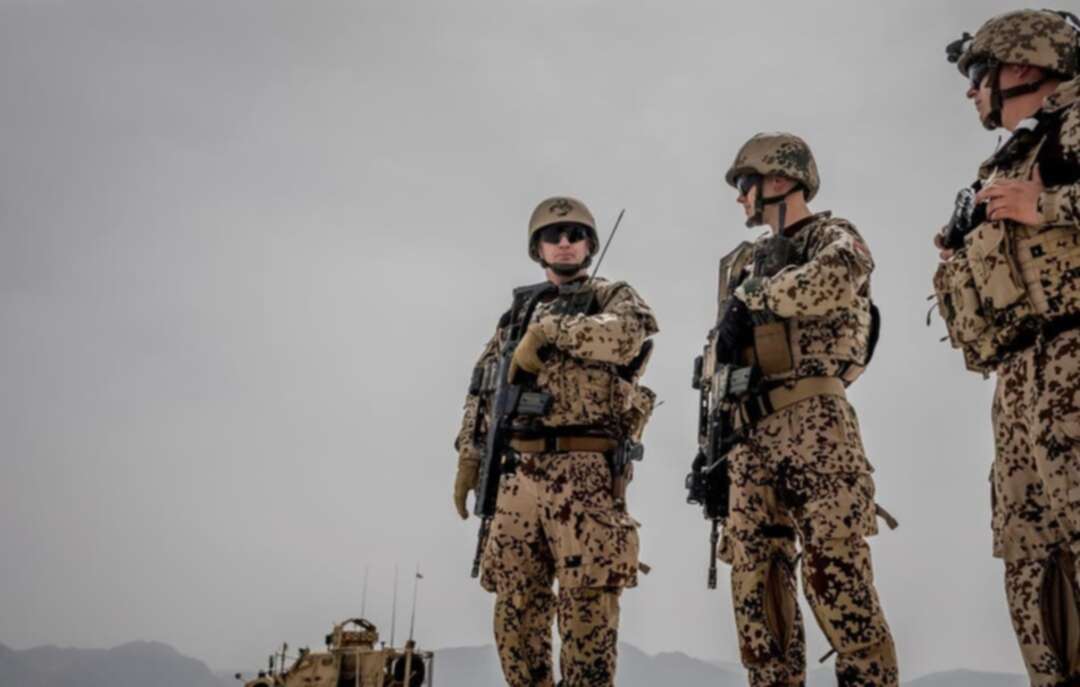 German Bundeswehr soldiers are seen at a camp in Afghanistan, March 25, 2018. (Reuters)

The US military has deployed more heavy bombers and fighter jets to protect withdrawing American and coalition troops from Afghanistan, which have so far sustained no direct attacks, the Pentagon said Thursday.

“Less than one week in, the drawdown is going according to plan,” Defense Secretary Lloyd Austin told reporters.

He said that while the Taliban insurgents groups launch between 80 and 120 attacks every day against Afghan government targets, since the withdrawal began on May 1 “there have been no attacks against US and coalition forces.”

Nearly 20 years after invading the country to remove the Taliban from power and pursue Al-Qaeda following the September 11, 2001 attacks, last month US President Joe Biden ordered the final withdrawal of 2,500 US service members and 16,000 civilian contractors.

Biden set a deadline for the pullout of the the anniversary this year of the September 11 attacks.

Austin and Milley underscored that although the US continues to work closely with the Afghan security forces, the relationship will shift with the pullout.

US support will continue via funding and “over the horizon logistics” -- military support from US bases and ships located hundreds of miles away, Austin said.

Milley stressed that, amid widespread expectations that the Taliban could seize power from the government in the wake of the US pullout, the demise of Afghan forces should not be presumed.

“The Afghan National Security Forces and the Government of Afghanistan at this time remain cohesive,” Milley said. “The president of the United States’ intent is to support both.”

Milley added the United States is in ongoing talks with the Afghan government on how to keep its air force going to provide effective support to government troops on the ground.

The Afghan air force depends heavily on foreign technicians who are included in the 16,000 contractors that are being pulled out.

“A lot of that is going to be dependent on the security conditions on the ground,” said Milley.

“The intent is to keep the Afghan air force in the air, and to provide them with continued maintenance support,” he said.