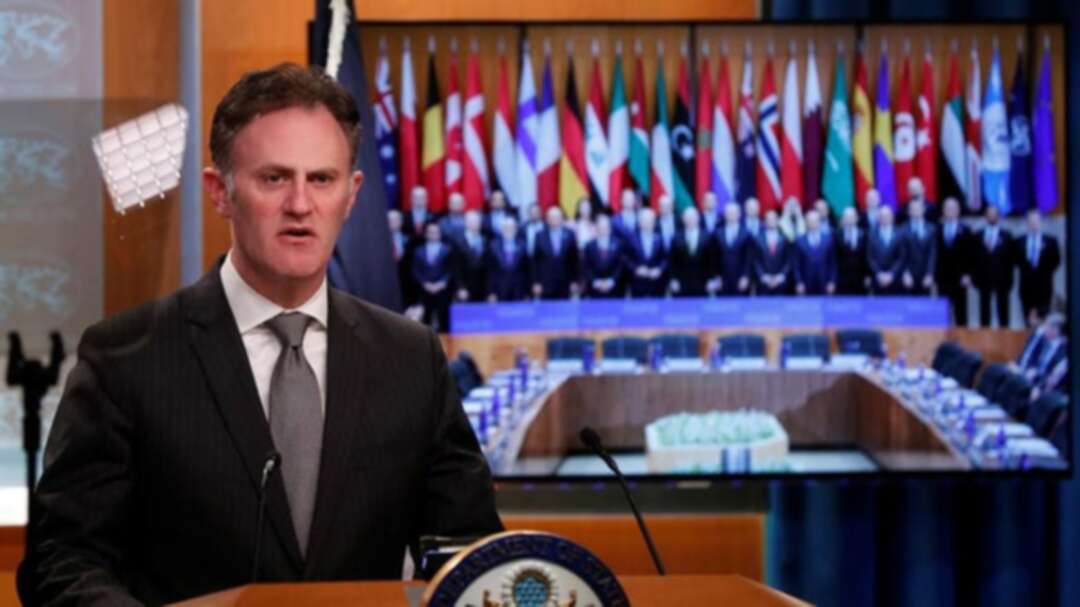 Ambassador Nathan Sales Acting Under Secretary for Civilian Security Democracy and Human Rights and Coordinator for Counterterrorism speaks during a news conference. (Reuters)

The United States said Thursday it was “irresponsible” for Western nations to ask Iraq to prosecute foreign extremists, in a veiled criticism of France’s refusal to repatriate ISIS members.

“The United States thinks that it’s inappropriate to ask Iraq in particular to shoulder the additional burden of foreign fighters, particularly from Europe,” Nathan Sales, the State Department counterterrorism coordinator, said after more than 30 nations met in Washington to discuss the fight against the extremist group.

“It would be irresponsible for any country to expect Iraq to solve that problem for them,” he told reporters.

The United States has been pressing European nations to bring home and try their citizens who headed to Syria and Iraq to join the ultra-violent movement.

The fate of prisoners has become increasingly urgent after President Donald Trump decided to pull troops from northern Syria, allowing an incursion by Turkey against Kurdish guerrillas.

The Kurdish-led Syrian Democratic Forces had led the fight against ISIS and still keeps thousands of the extremists in the guerrillas’ prisons, although US officials say at least dozens have gone missing since Turkey’s incursion.

European nations have little desire to see the return of extremists who could cause mayhem at home, with France asking Iraq to try them.

“I think there is candidly a difference of opinion about the best way to solve this problem,” Sales said.

“Each country has a responsibility to handle this situation on their own,” he said, adding that a related idea of setting up ad hoc international tribunals would “cost a fortune” and could be ineffective.