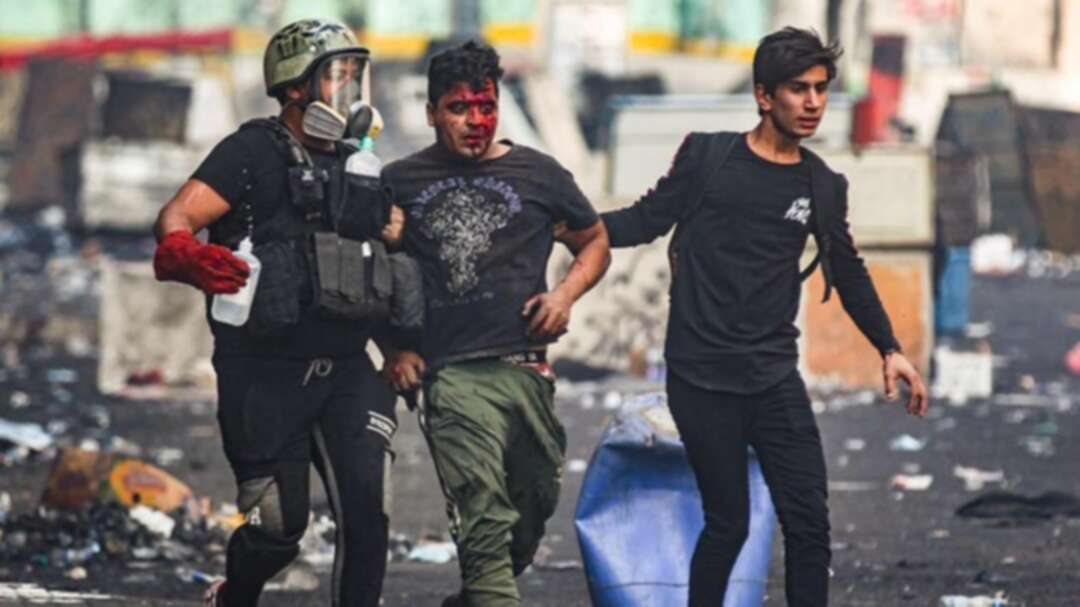 At least four protesters were killed and more than 65 wounded on Thursday in clashes with Iraqi security forces who were trying to push them back to their main camp in central Baghdad, police and medical sources said.

The protests erupted in early October over economic hardship and endemic graft. The government responded with some measures such as handouts for the poor but the protesters are now demanding an overhaul of the entire political system.

After two days of relative calm, three protesters were killed early on Thursday after being struck in the head by tear gas canisters and a fourth person died in hospital from wounds from a stun bomb fired by security forces, the sources said.

The total death toll from the protests now exceeds 300. 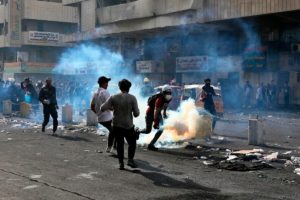 An anti-government protester prepares to throw back a tear gas canister fired by police during clashes in Baghdad, Iraq, Thursday, Nov. 14, 2019. (AP)

At least half of the wounded protesters had sustained injuries from live ammunition, police and medical sources said. Others choked on tear gas or were struck by rubber bullets. Ambulances raced to evacuate those hurt or affected.

“We’re reinforcing in case the security forces make another push later,” said Abbas, a teenage protester who was helping to set up the makeshift barrier.

Prime Minister Adil Abdul Mahdi’s government has tried to quell the unrest with measures to help the poor and college graduates, but protesters are now demanding the departure of the entire ruling elite that took power after the US invasion and the toppling of Saddam Hussein in 2003.

Since putting down an insurgency by Islamic State in 2017, Iraq has enjoyed two years of comparative stability. But despite its oil wealth, many people live in poverty with limited access to clean water, electricity, healthcare or education.