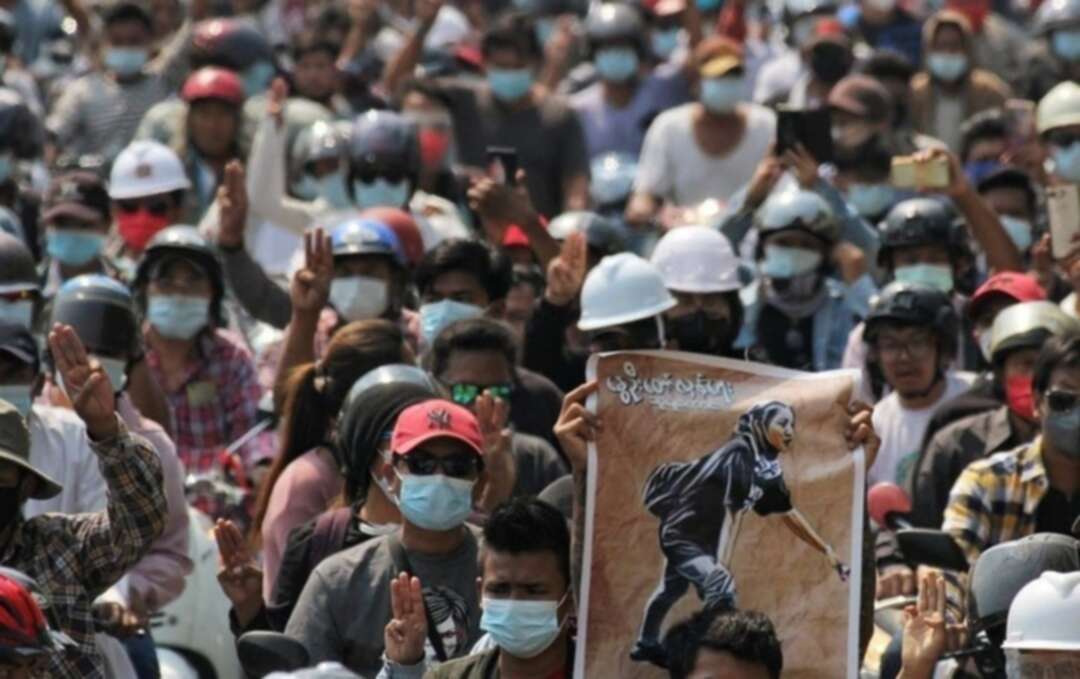 People attend the funeral of Angel a 19-year-old protester also known as Kyal Sin who was shot in the head as Myanmar forces opened fire to disperse an anti-coup demonstration in Mandalay, Myanmar, March 4, 2021. (File photo: Reuters)

At least 149 people have been killed in Myanmar since the February 1 coup as security forces use live ammunition against protesters and bystanders, the United Nations human rights office said on Tuesday.

Ravina Shamdasani, UN human rights spokeswoman, told a briefing in Geneva: “We call on the military to stop killing and detaining protesters.”Some 37 journalists have been arrested in Myanmar, including 19 who remain in detention, while five people are known to have died in custody, she said.