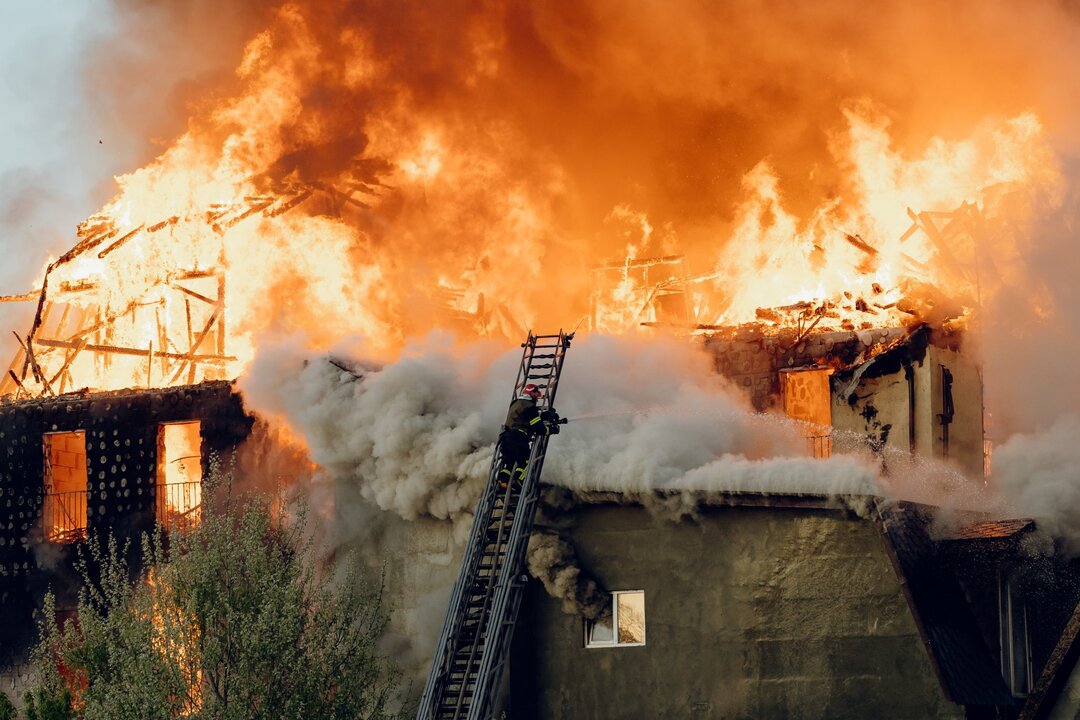 Since the start of the war, Ukrainian sappers, firefighters and rescue workers have been on the front lines, working tirelessly to extinguish raging fires, clearing debris, demining cities and fields, performing their duty with honor. Photo: Euromaidan Press via Vova Neizviestny, Julia Kochetova, Konstantin Liberov

The fighting on Friday (August 6) at the plant has prompted the UN’s nuclear watchdog, the International Atomic Energy Agency (IAEA) to warn of “the very real risk of a nuclear disaster”.

Moscow and Kyiv blame each other for the latest strike at the Zaporizhzhia plant, Europe’s largest nuclear power site, which has been under Russian control since the early days of the war.

At a press conference in Tokyo, Guterres condemned such attacks without saying either side was responsible.

He said: “We support the IAEA on their efforts in relation to create the conditions of stabilization of that plant.”

He added: “Any attack to a nuclear plant is a suicidal thing. I hope that those attacks will end, and at the same time I hope that the IAEA will be able to access the plant.”

His comments followed a visit to Hiroshima over the weekend, where Guterres gave a speech to mark the 77th anniversary of the world’s first nuclear bomb attack.

In the Japanese city on Saturday, he warned that “humanity is playing with a loaded gun” as crises with the potential for nuclear disaster proliferate worldwide, from Ukraine to the Middle East and the Korean peninsula.

The Portuguese 73-year-old also delivered a stark warning against the horrors of atomic weapons a week ago in New York at a key nuclear Non-Proliferation Treaty conference, which he reiterated on Monday.

He said: “We are witnessing a radicalisation in the geopolitical situation that makes the risk of a nuclear war again something we cannot completely forget.”

When asked about China’s massive military exercises around Taiwan, sparked by a visit last week to the self-ruled island by US House Speaker Nancy Pelosi, Guterres said the UN “abides by a resolution of the General Assembly, the so-called One China policy”.

“But we all want that resolution to correspond to a peaceful environment,” he said, calling for common sense and restraint to allow for an “extremely important” de-escalation.