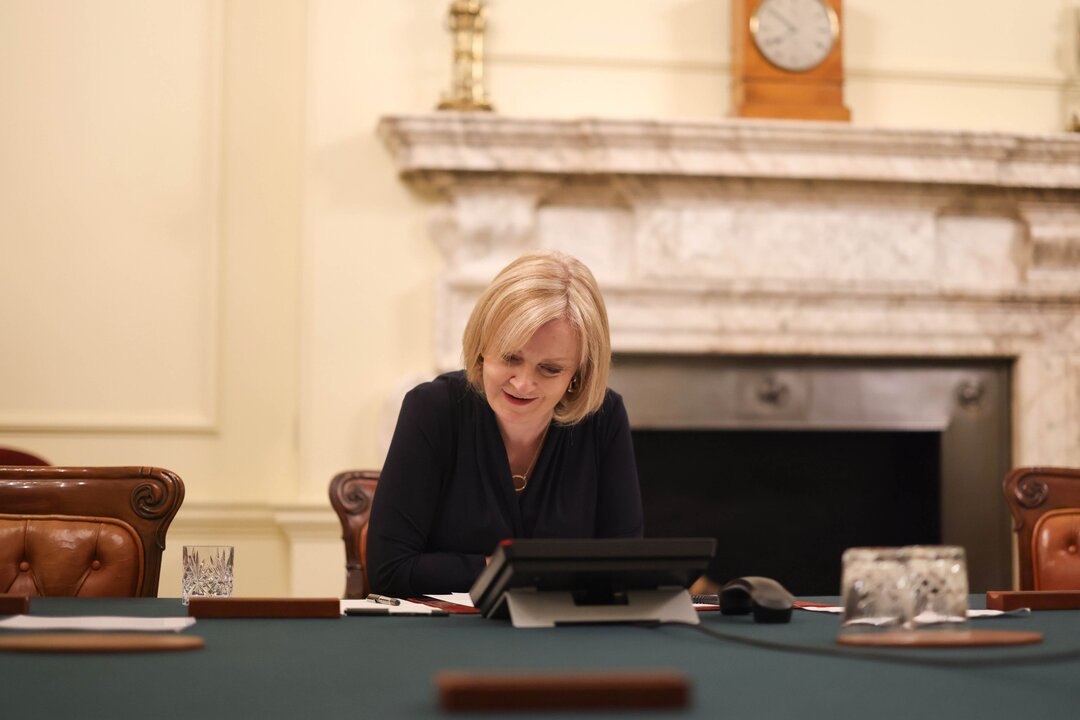 "The UK has always been among the leaders in supporting Ukraine. We expect London’s leadership in reaction to Russian sham referenda as well," Zelenskyy said on Twitter.

Ukraine’s separatist regions of Donetsk and Luhansk and Russian-controlled parts of Zaporizhzhia and Kherson held referendums on joining Russia on Sept. 23-27.

Also, "Defense and financial aid to Ukraine must be enhanced in response," Zelenskyy added.

The polls have been widely condemned by the international community, with European nations and the US calling them “sham” and saying they will not be recognized.

On Sep 26, the British Foreign Office said in a statement that the referendums, which began last week and run until September 27, are a "desperate attempt to grab land and justify their illegal war."

The United Kingdom has announced 92 new sanctions in response to Russia-backed authorities imposing "sham referendums" in four regions of Ukraine, saying the move "is a clear violation of international law, including the UN charter."

The statement said that among those hit by the new sanctions are top Russian officials involved in enforcing the votes.

"Sham referendums held at the barrel of a gun cannot be free or fair and we will never recognize their results. They follow a clear pattern of violence, intimidation, torture, and forced deportations in the areas of Ukraine Russia has seized," Foreign Secretary James Cleverly said in the statement.

"Today’s sanctions will target those behind these sham votes, as well as the individuals that continue to prop up the Russian regime’s war of aggression. We stand with the Ukrainian people and our support will continue as long as it takes to restore their sovereignty," he added.

The sanctions also hit 55 board members from state-linked organizations that the United Kingdom said continue to "bankroll the Russian war machine, serving as a stark reminder of the cost of supporting Putin’s operation."

"The U.K. will never recognize the results of any sham referendums or attempts to annex Ukraine’s sovereign territory. Ukraine voted overwhelmingly for independence from the Soviet Union in 1991 and their continued brave resistance against Russian aggression clearly demonstrates their wish to remain an independent sovereign state," the statement said.

Bosnia and Herzegovina, Serbia refuse to recognize Ukraine referendums At least 6 people wounded in shooting at school in Oakland