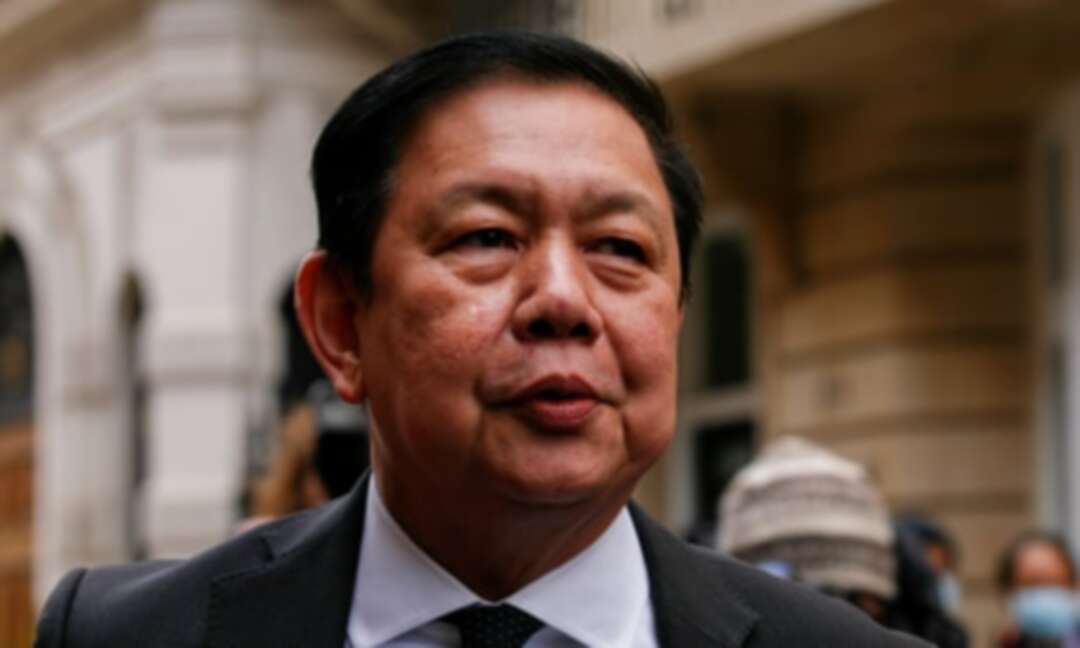 Kyaw Zwar Minn speaks outside the Myanmar embassy in London on Thursday.

Britain has given temporary shelter to Myanmar’s former ambassador to London after he was locked out of his embassy when he declared loyalty to the democratically elected government overthrown by a military junta in February.

Kyaw Zwar Minn had said the embassy had been seized by the military attache earlier this week and he had been locked out of the building. He spent Wednesday night in his car outside the embassy. His exact future legal status in the UK will depend on his plans, and the future of the struggle to restore democracy in Myanmar.

The UK Foreign Office said: “We condemn the way the Myanmar military in London barred their ambassador from entering the embassy on Wednesday evening. We pay tribute to the courage of Kyaw Zwar Minn in standing up for the people of Myanmar.

“Given the bullying behaviour towards Mr Minn, we are seeking to ensure he can live safely in the United Kingdom while he decides his long-term future. We continue to call for an end to the coup in Myanmar and a swift restoration of democracy.”

The UK will also host an event on Friday for United Nations security council members “to hear the voices of those who speak for the thousands who’ve taken to the streets to demand democracy be restored, to hear views on what is happening in Myanmar”.

Kyaw Zwar Minn alleged that the embassy was seized by the military attache in an “unacceptable and disrespectful” act against Myanmar’s people and the UK. He has called for the UK authorities not to recognise the attache as the legitimate diplomatic representative of Myanmar.

Kyaw Zwar Minn said he still believed he was ambassador, but when it was put to him that the Myanmar state had declared he was no longer its envoy, he said: “I haven’t got that information yet.”

According to the Vienna convention on diplomatic relations, an ambassador’s job officially ends once the host country has been informed. The UK Foreign Office confirmed it had received the notification, and said it “must accept the decision taken by the Myanmar regime”.

Labour’s foreign affairs spokesperson, Lisa Nandy, said Dominic Raab, the foreign secretary, must explain why the government had accepted the ambassador’s dismissal by what it recognised was an illegitimate military regime committing appalling violence against its own people.

“By standing up to the military junta, Kyaw Zwar Minn has shown immense courage and should be offered any appropriate support and protection,” she said. “The UK must also intensify its work with international partners to increase the pressure on the Myanmar military to end the ongoing senseless and barbaric murder of pro-democracy protesters, extending sanctions and continuing to press for a wider arms embargo.”