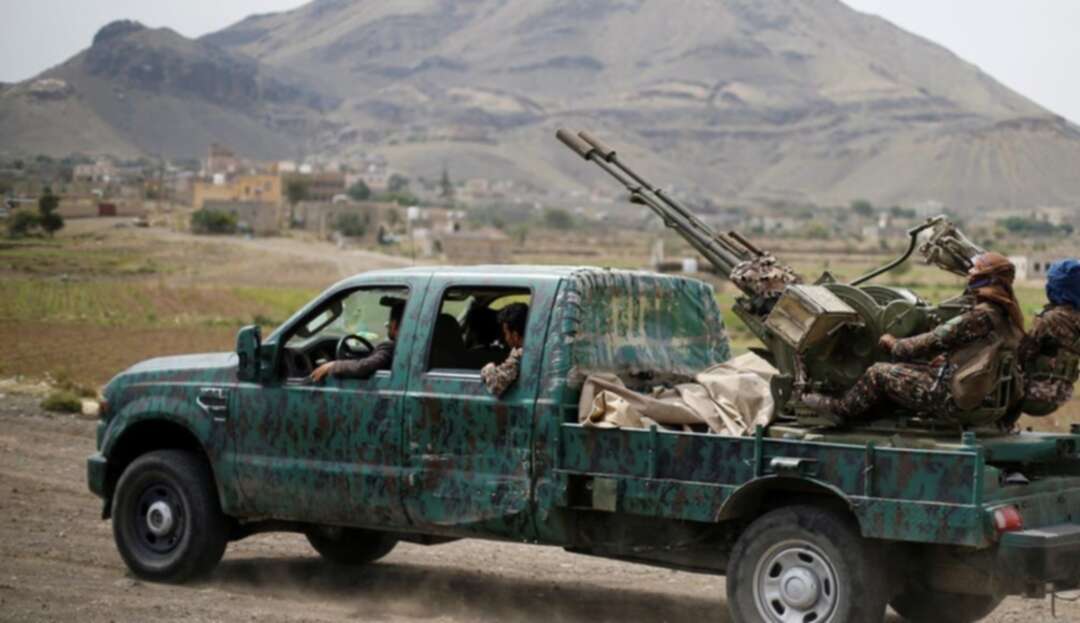 Houthi fighters man a machine gun mounted on a military truck as they parade during a gathering of Houthi loyalists on the outskirts of Sanaa. (File photo: Reuters)

Battles between the internationally-recognized Yemeni government forces and the Iran-backed Houthis are raging in the city of Marib and have resulted in significant losses for the militia, Al Arabiya sources said on Saturday.

Clashes between the forces and the Houthis have intensified in Marib since early March. Marib is the last major northern stronghold for pro-government forces and is home to one of Yemen’s largest oil infrastructures.Iran has backed the Houthis in their war against the Yemeni government, supplying the group with weapons, such as drones and missiles often used to target civilians.

The offensive in the area would put hundreds of gas and oil fields at risk of falling under the Iran-backed group’s control.

The governorate has also been a refuge for hundreds of thousands of displaced people who, for years, have taken shelter there away from the war that was once brewing elsewhere in Yemen.