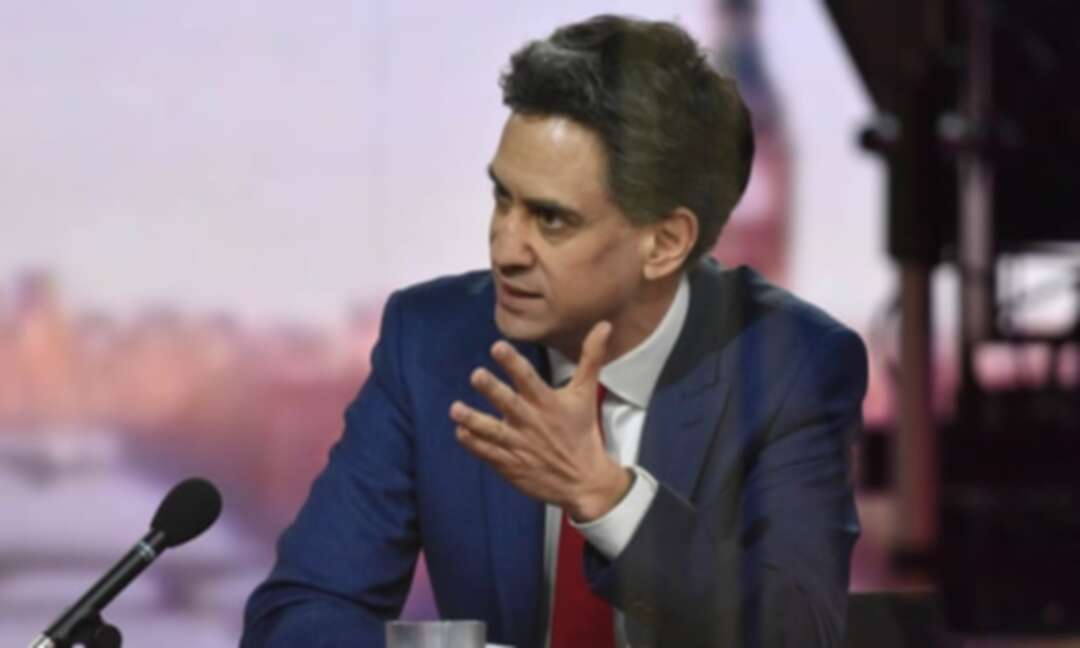 Public investment is desperately needed to kickstart a green economic recovery in the UK, but the government is stuck in the past and reluctant to make the interventions needed, Labour has warned.

Ed Miliband, shadow business secretary, told the Guardian: “We need a proper green stimulus. Governments all around the world are recognising that if you want to do the transition

He blamed an outlook of free-market Conservatism that he said was failing to keep up with the need for economic intervention that the challenges of Covid-19 and the climate crisis demand. “This government is allergic to the kind of industry support and intervention that is required. They are stuck in the past, fundamentally they believe in leaving it to the market – but the market can’t cure this.”

Rishi Sunak, chancellor of the exchequer, will unveil this year’s budget on Wednesday and is expected to nod towards a green recovery with £22bn for a new infrastructure bank, and cash for hi-tech projects such as hydrogen and carbon capture.

But Miliband warned that key measures, such as renovating homes to make them low-carbon, supporting key industries in the transition to net zero emissions, and overhauling key sectors such as transport and agriculture were likely to be missing. “There is a massive chasm between this government’s green rhetoric and their lack of action,” he told the Guardian. “This budget is the last chance to get the green recovery right.”

He called for measures to help key industries reduce their emissions, including aerospace, car manufacturing and steel-making. “The government has high ambitions

For instance, he said, the government set a target of banning the sale of new petrol and diesel cars from 2030, but made little move to put in place a charging infrastructure for electric vehicles. On renewable energy, the government has encouraged the building of offshore windfarms, but done little to help companies set up manufacturing in the UK, so that most of the turbines will be made overseas.

Miliband also pointed to the chaos surrounding the green homes grant, the flagship green measure announced in last year’s stimulus spending plan. The grant, which provides up to £10,000 for people to insulate their homes and install low-carbon heating, has proved popular, with more than 100,000 applications submitted and many more people wishing to apply.

But poor implementation meant fewer than 3,000 measures were installed in the first six months, while many applicants have been left unanswered and builders unpaid. Sunak now intends to withdraw more than £1bn in unspent funding, and may axe the scheme altogether.

That would leave the UK without any plans for cutting greenhouse gas emissions from homes, which make up 40% of the UK’s carbon output. Meanwhile, new homes are being built to poor standards of insulation and with high-carbon heating.

Miliband said: “It’s because the attitude of the government is to leave it all to the market. It has been privatised and outsourced, with a piecemeal approach. The money could have been given to local authorities more effectively. The way to do this is to renovate housing street by street.”

Even the former Conservative prime minister, David Cameron, has called for a more interventionist policy. Cameron, who was prime minister from 2010 to 2016, recalled his experience in leading the UK after the financial crisis of 2008. “My advice would be, from what I learned, is that as well as the framework

“The government has got a strong framework for green energy policy and in green investment, much of which we put in place, but it needs to combine that with active assistance and helping with key green investments that can make a difference,” he said. “There’s every opportunity for this recovery to be a green recovery.”

A government spokesperson said: “The UK is leading the world in tackling climate change. We are powering forward with the prime minister’s 10-point plan and our energy white paper, implementing our commitments at speed so the UK can build back greener and meet its net zero target. This year we will bring forward further bold proposals, including a net zero strategy, to cut emissions and create new jobs and industries across the whole country – going further and faster than almost any other nation towards protecting our planet for this generation and those to come.”

Ed Davey, leader of the Liberal Democrats, also called for more investment in greening homes, saying reports that the green homes grant would be axed were “deeply concerning”. The Lib Dems are proposing £150bn in spending over three years in areas on green recovery measures. “In the year of Cop26, the chancellor has a real opportunity to seize the initiative and show that the UK is a world leader in tackling the climate emergency. To show global leadership and build a strong recovery from Covid-19 we need real ambition from the chancellor,” he said.

Caroline Lucas, the Green party MP, joined the calls for investment in green jobs and infrastructure, which she said would bring widespread benefits to the economy and to people’s health and wellbeing. “We are still waiting to see the policies and action backed up with the necessary investment to build back greener,” she warned. “The success of the G7 and Cop26 summits this year in leading to greater climate ambition depend on the UK demonstrating true leadership, rather than just talking about it – and the budget is the last opportunity to do that.”