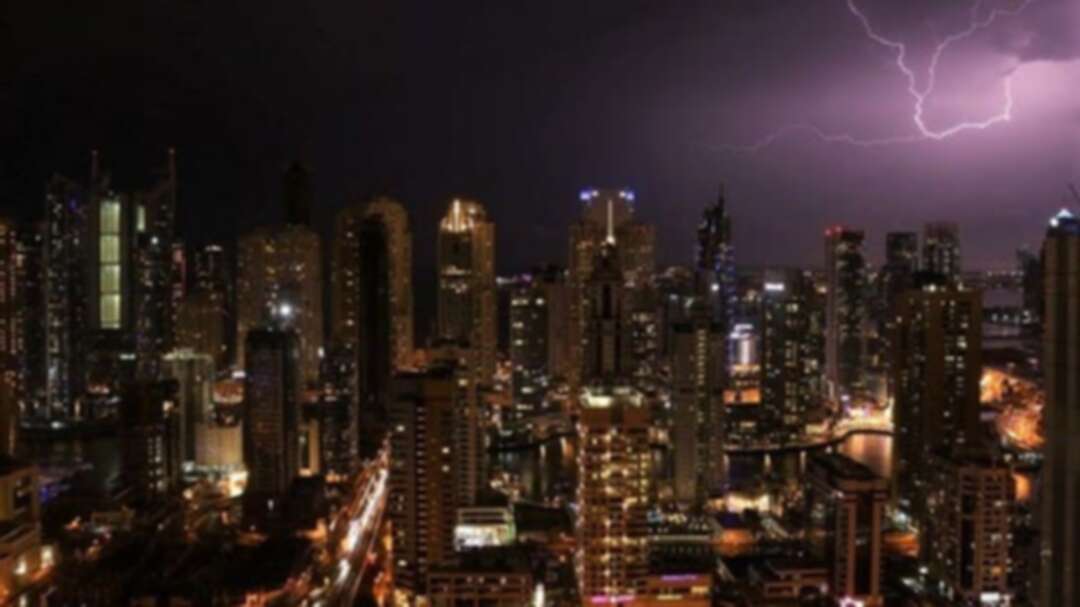 Lightning is seen over Dubai Marina on March 21. (Lauren Holtmeier)

Dubai was hit by bright lightning and booming thunder Saturday night, and floods occurred across the city. UAE weathe

It had rained on and off during the day Saturday, but Saturday night brought more rain, hail, and the accompanying lightning show that lit up the sky.

The average rainfall for March in Dubai is 13 millimeters, slightly lower than the averages for January and February.

Social media users shared footage saying they had never seen anything like the storm.

How is hail created?

Hail seems out of place in the desert, but hail forms when the air is warm, moist, and stormy, and it’s created when the upper atmosphere temperature is cold enough to create ice.

When updrafts carry water droplets up into cold parts of the atmosphere and those raindrops freeze, hail is created. UAE weathe

Hailstones can grow when they collide with other raindrops that freeze onto the original stone.

This process repeats until the hail is too heavy for the storm to hold and gravity pulls it toward the earth or the updraft weakens and can no longer hold the small ball of ice. Hailstones can be as small as a pea or a coin and can be as large as a baseball, and that size is largely dependent on the strength of the storm. Globally hail occurs most frequently in areas that are warm and wet. In the United States, three states dubbed “hail alley” – Nebraska, Colorado, and Wyoming – typically have the most hailstorms in the country. China, Russia, India, and northern Italy also see a lot of hail. levant