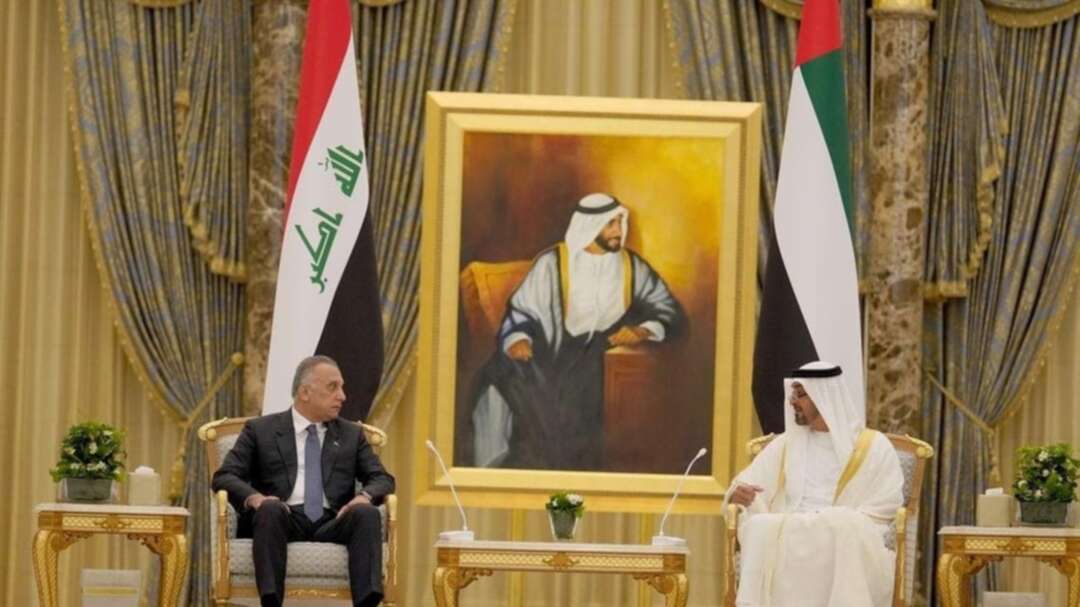 The United Arab Emirates announced a $3 billion investment in Iraq in a fresh bid to strengthen economic and investment relations between the two nations, according to a statement on Sunday released by Emirates News Agency.

The statement added that investments will target new prospects of partnerships between the two countries, while accelerating socio-economic and developmental growth in support of the people of Iraq.

The statement added that al-Kadhimi thanked the UAE for its medical support that was sent to help Iraq and its people face the health crisis.

“The two sides agreed to grow economic cooperation and accelerate trade and investment exchanges, urging their businessmen to exchange visits. They also agreed on establishing the Iraqi-UAE Business Council and to streamline all the measures in the service of the two nations and their peoples,” the statement added.

WAM added that Iraq commended the UAE's initiative to renovate Al Hadba Minaret, the Great Mosque of al-Nuri, and a number of churches.

The two sides also doubled down on the importance of strengthening security and defense cooperation by sharing intelligence in the fight against terrorism. They also agreed to propel energy cooperation, particularly in the field of clean energy.

At the end of his visit, the Iraqi premier thanked the UAE, its leadership, government, and people for the warm welcome and hospitality he received during the visit.

Al-Kadhimi’s visit comes as part of efforts by Iraq to improve bilateral ties with countries in the region.

Last week, the prime minister traveled to Saudi Arabia, where he met with Crown Prince Mohammed bin Salman to discuss relations between the two countries.

Saudi Arabia and Iraq announced the establishment of a joint fund, with capital estimated at $3 billion, as a contribution from the Kingdom to promote investment in Iraq’s economic fields.

The joint fund will be for the “benefit of the Saudi Arabian and Iraqi economies, with the participation of the private sector from both sides,” the statement added.