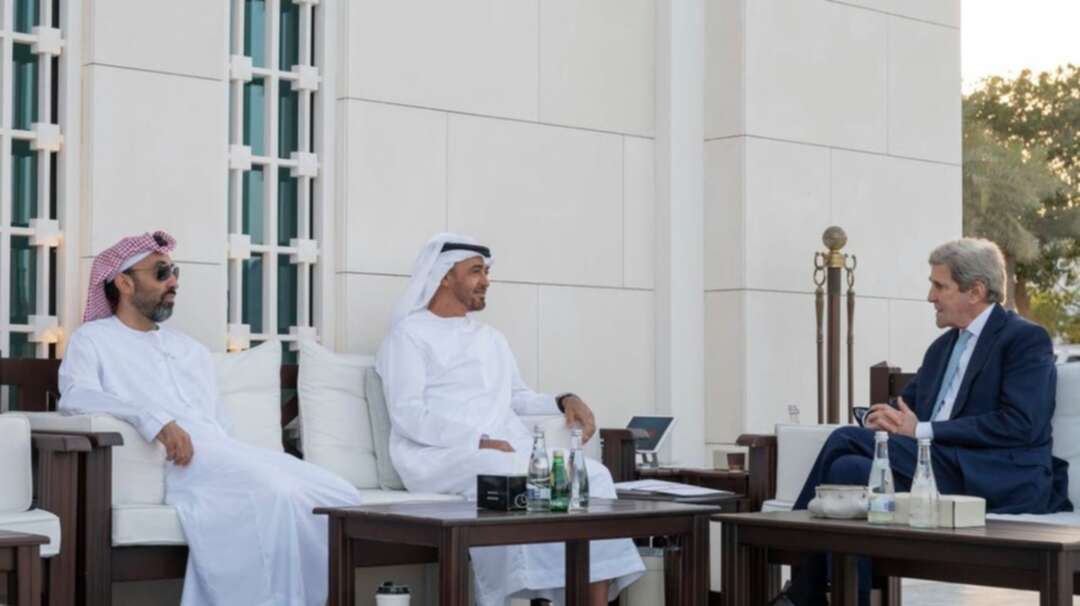 Kerry is visiting Abu Dhabi to attend the first Regional Climate Dialogue hosted by the UAE.

The two sides also discussed mitigation of the economic and ecological impacts of climate change, according to WAM.

The UAE hosted a Gulf Cooperation Council (GCC) and Middle East and North Africa (MENA) Regional Dialogue For Climate Action on Sunday, ahead the Leaders Summit on Climate set to take place virtually in Washington, DC, later this month.

“The US presidential envoy commended the significant role played by the UAE in supporting renewable energy projects and the positive impact of such qualitative, proactive initiatives and projects on the future of humanity at large and on ensuring the sustainability of natural resources,” according to WAM.