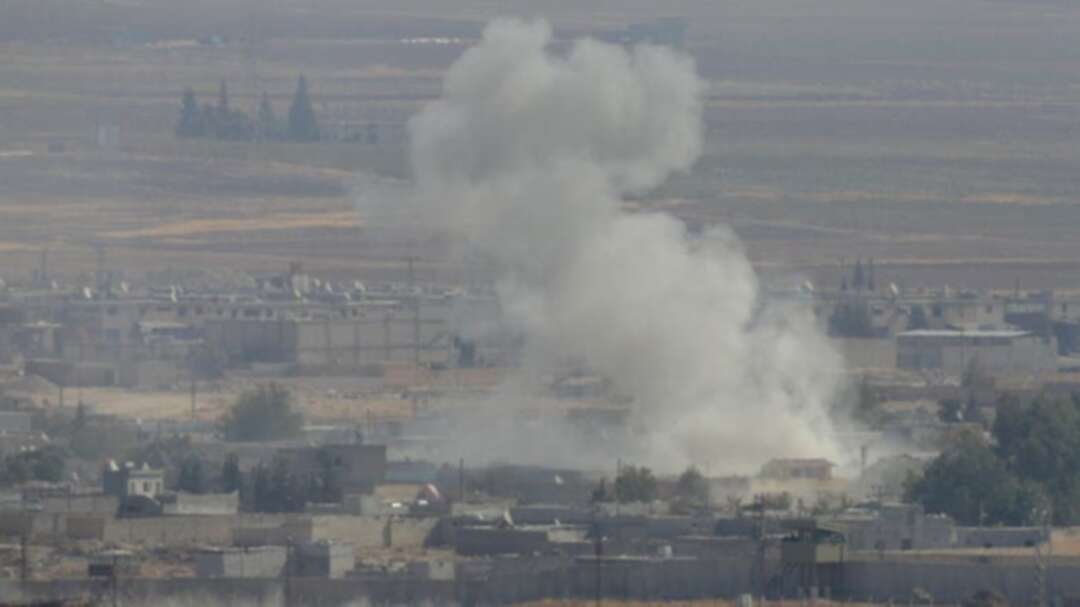 Smoke rises in Syria's Ras al-Ain, across the border from Turkey's Kiziltepe, which was apparently hit by a mortar attack on Tuesday. (File photo AFP)

Two people were killed and 12 were wounded on Tuesday after the Syrian Kurdish YPG forces launched a mortar attack on Turkey’s border town of Kiziltepe, according to the governor’s office in the Turkish province of Mardin.

The attack came amid a Turkish military offensive against Kurdish-led forces including the YPG in northeastern Syria, which is rapidly reshaping the battlefield of the world’s deadliest ongoing war.

The wounded were taken to hospitals in the region to receive treatment, the governor’s office said in a statement.

The YPG is part of the Kurdish-led Syrian Democratic Forces (SDF), which Turkey is attacking and attempting to push out from northeastern Syria.

Turkish President Recep Tayyip Erdogan said on Monday that more than 700 mortar attacks had hit Turkey since the launch of the incursion. He said there were “18 martyrs and nearly 200 wounded,” but did not say whether those figures referred to soldiers or civilians.

The death toll from Turkey's military offensive, launched on Wednesday, is rising daily. On Monday, the UN said that the offensivehas displaced at least 160,000 civilians and urged “immediate de-escalation.”

Turkey-aligned forces have been accused of executing civilians in the areas controlled by Kurdish-led forces in northeastern Syria. “The nine civilians were executed at different moments south of the town of Tal Abyad,” the Syrian Observatory for Human Rights said.