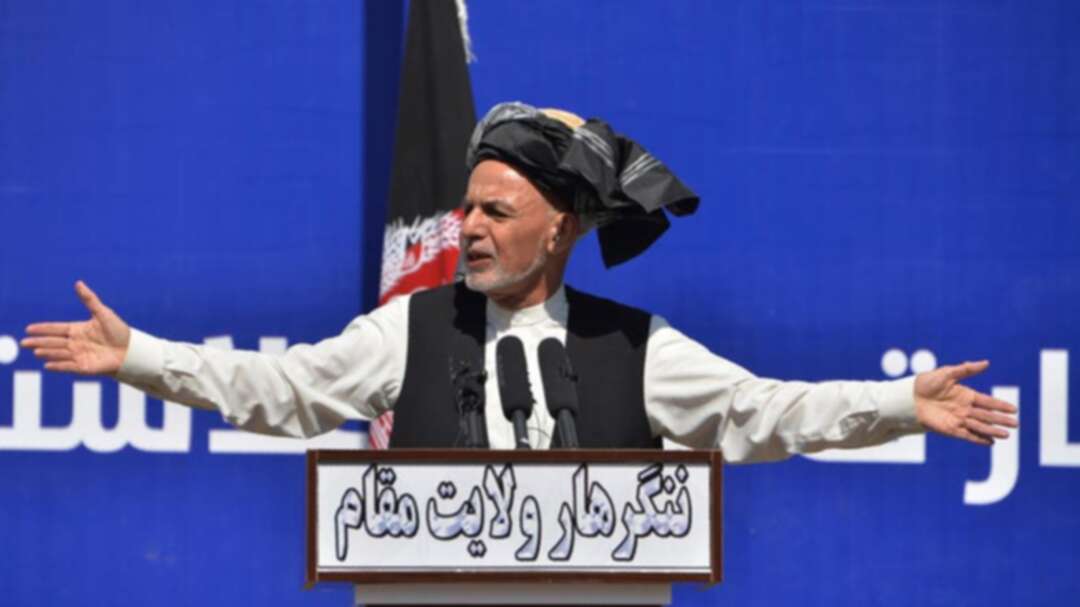 Afghan President Ashraf Ghani gestures as he speaks during a gathering in Jalalabad on March 3, 2020. (AFP)

Afghan President Ashraf Ghani was sworn in for a second term on Monday but his main rival for the top job refused to recognize the inauguration, holding his swearing-in ceremony as a rival president. Kabul

Television footage showed Ghani taking an oath at the Presidential palace in Kabul at a ceremony attended by several foreign diplomats, including US Special Envoy Zalmay Khalilzad.

Presidential candidate and rival in a disputed election Abdullah Abdullah held his ceremony at a similar time, suggesting talks between the two camps and Khalilzad aimed at brokering an agreement had not been successful. Levant