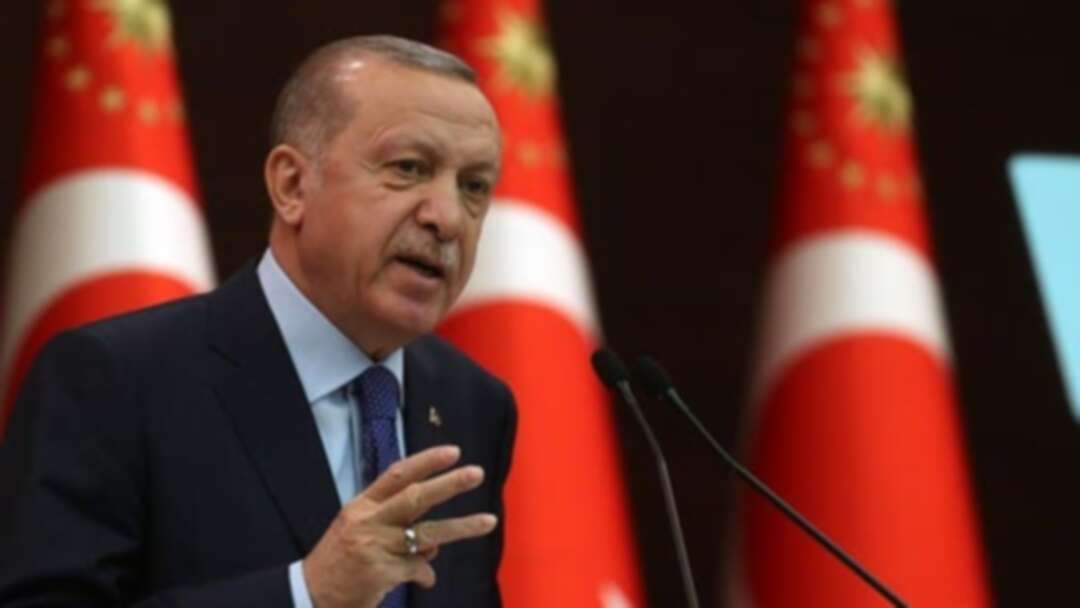 Turkish President Erdogan speaks during a press conference held at the Cankaya Palace in Ankara on March 18, 2020. (AFP)

Mithat Sancar told reporters security forces had besieged municipality buildings in the southeastern province of Batman, as well as those in the Egil, Silvan, Lice, and Ergani districts of Diyarbakir province on Monday morning.

He said five co-mayors in four municipalities were detained.

He did not give details about the mayor of Lice but said another co-mayor who had previously been dismissed was also being held.

President Tayyip Erdogan and his government accuse the HDP of having links to the Kurdistan Workers Party (PKK) militant group, leading to prosecutions of thousands of its members and some leaders. The HDP denies such links.

The HDP appoints one male and one female as mayor to promote gender equality, calling them co-mayors, although only one is recognized by the central government.

Sancar said the measures on Monday morning were similar to those taken when Ankara appointed trustees in other municipalities, adding that the party had not received official notification from the central government.

“We reject with hatred this vile attempt that does not shy away from showing enmity against Kurds even in these difficult days when the whole world is battling an epidemic,” he said.

The Interior Ministry did not immediately respond to a Reuters request for comment. five Kurdish mayors

Ankara has appointed trustees to 31 municipalities won by the HDP in March 2019 local elections, an HDP source said, adding that 21 co-mayors had been formally arrested so far, in addition to the six detained on Monday.

The former co-leader of the HDP have both been jailed since 2016 on terrorism charges, with several other prominent members accused of supporting terrorism over what the government says are links to the PKK. levant