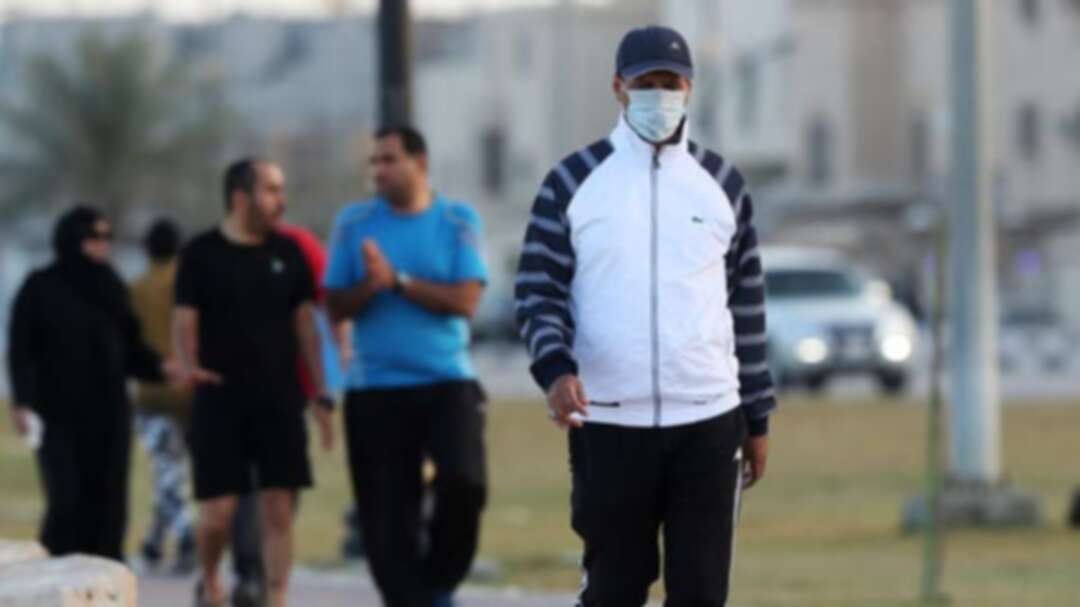 A man wears a protective face mask, as he walks, after Saudi Arabia imposed a temporary lockdown on the province of Qatif, following the spread of coronavirus, in Qatif, Saudi Arabia March 10, 2020. (File photo: Reuters)

Saudi Arabia confirmed 51 new cases of coronavirus, bringing the total number of cases in the Kingdom to 562, the spokesman for the Ministry of Health Mohammed al-Abd al-Ali said on Monday.

One additional case was found in Najran, and one other case was also reported in al-Qunfuthah.

Saudi Arabia also confirmed that a total of 19 people in the Kingdom have recovered from coronavirus.

King Salman bin Abdulaziz on Sunday announced the implementation of a nation-wide curfew, the latest measure in Saudi Arabia to prevent the virus from spreading.

All those who violate the curfew implemented in Saudi Arabia from 7 p.m. until 6 a.m. for the next 21 days will be fined 10,000 riyals ($2,663) and could face jail time if they repeatedly break the law, the Kingdom’s Ministry of Interior announced on Monday.

Second-time violators will also be forced to pay double the amount of the initial fine, the ministry said.

Authorities urged citizens and residents to stay at home during the hours between 7 p.m. and 6 a.m., and not to go outside unless necessary.

Thirty-three percent of coronavirus infections in the Kingdom are a result of people coming into direct contact with previously infected individuals, the Ministry of Foreign Affairs said on Sunday. levant