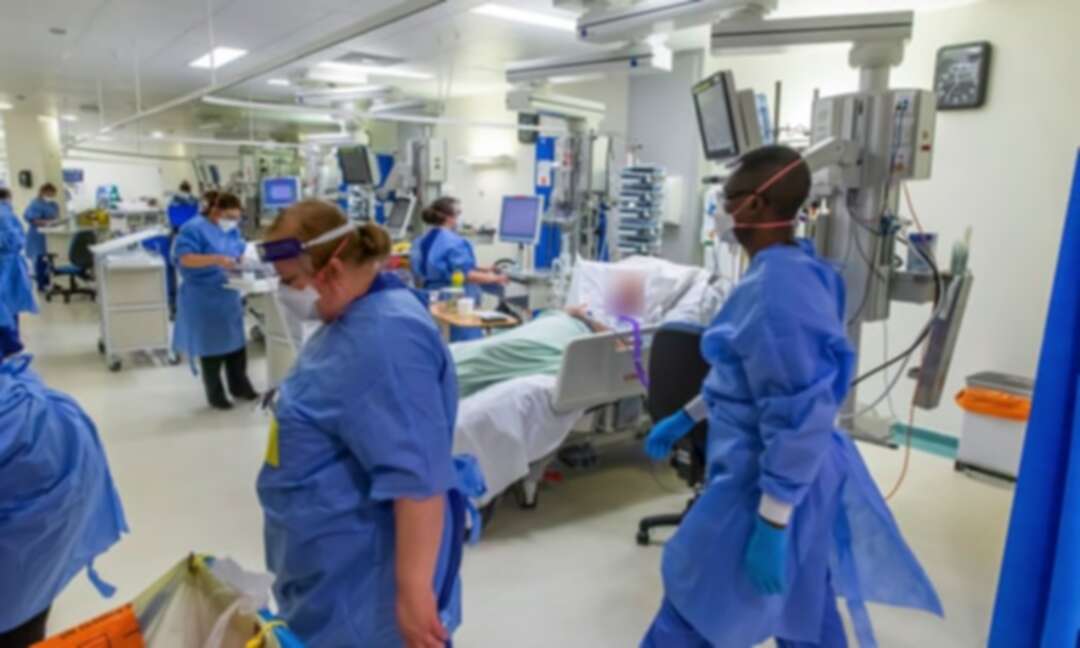 Medics in an intensive care unit in Coventry in December.

Scientists have warned against alarmism over the new variant of coronavirus, after Boris Johnson announced there was evidence it was more deadly.

Speaking at the daily coronavirus news briefing on Friday, Johnson said scientists had found the new variant may be associated with “a higher degree of mortality”.

Sir Patrick Vallance, the UK government’s chief scientific adviser, said that for every thousand people in their 60s infected with the original strain of coronavirus, 10 would be expected to die. With the new variant, this figure is thought to rise to 13 or 14 deaths per thousand – an increase in mortality of about 30%.

However, he added there was “a lot of uncertainty around these numbers”.

Experts said the new data should be taken “very seriously” but that it was too early to be drawing any strong conclusions.

Public Health England’s medical director, Prof Yvonne Doyle, said that it was not “absolutely clear” whether the new strain was more deadly than the original, warning it was “too early to say”.

“There is some evidence, but it is very early evidence. It is small numbers of cases and it is far too early to say this will actually happen,” she said.

Tildesley added he was surprised to see Johnson mention the development at the news briefing. “I just worry that where we report things pre-emptively where the data are not really particularly strong,” he said.But Prof Peter Hornby, who chairs the government’s New and Emerging Respiratory Virus Threats Advisory Group (Nervtag), defended Johnson’s decision to raise the issue, saying transparency was key.

“What we need to do is get that message out and put it in context so instead of headlines saying 30% increase in risk we need to explain this in terms of the absolute risk we may be seeing and also explain the uncertainties,” he said.

“There are some limitations in the data so we need to be cautious with the interpretations but it is important that people understand that we are looking at this and this may be true,” he said. “If you look at it as a relative change like 30 or 40% then it sounds really bad but a big change in a very small risk takes it from a very small number to a slightly bigger, but still very small number.”

However, he said data suggesting the new variant was more deadly was coming from a number of streams and it should be taken “very seriously”.

Graham Medley, a professor of infectious disease modelling at the London School of Hygiene & Tropical Medicine, said that whether the new variant was more deadly was still an open question.

Medley co-wrote a report by Nervtag that concluded there was a realistic possibility the new strain was linked to an increased risk of death, but said the news was not a “game-changer”.

“There is evidence it is more dangerous, but this is a very dangerous virus,” he said. “In terms of making the situation worse it is not a game-changer. It is a very bad thing that is slightly worse.”