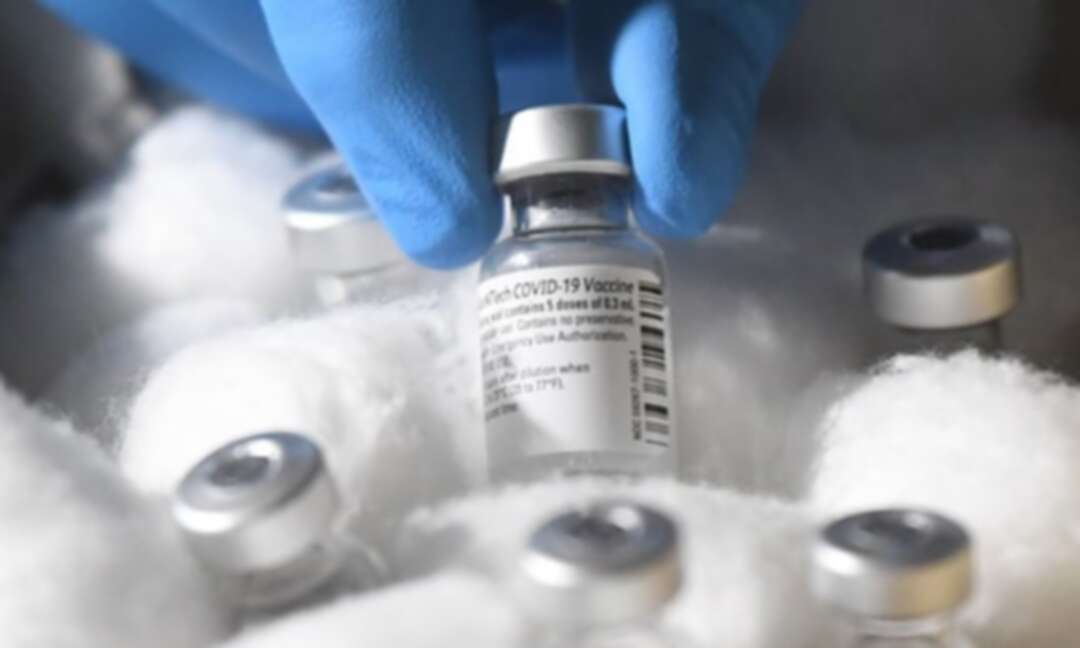 Pfizer has said it only tested the vaccine’s efficacy when the two doses were given 21 days apart.

The gap between the first and second dose of the Pfizer/BioNTech coronavirus vaccine must be reduced to ensure the vaccine is effective, senior doctors have warned.

Currently patients wait about three months to get their second dose. Prof Chris Whitty, the chief medical officer for England, said this was a “public health decision” to get the first jab to more people across the country.

However, Dr Chaand Nagpaul, chair of the council of the British Medical Association (BMA), said the gap could reduce the effectiveness of the vaccine. He said that while he understood the rationale behind the decision to delay the second dose, the UK should follow “best practice” and reduce the wait time to six weeks.While there is some evidence from trials of the Oxford/AstraZeneca vaccine that a late second dose up to 12 weeks does not interfere with the efficacy of the vaccine, Pfizer has said there is no evidence from its trials.

Nagpaul pointed to analysis from the World Health Organization that said second doses of the Pfizer vaccine should only be delayed “in exceptional circumstances” and recommended a gap of four weeks between doses.

“Most nations in the world are facing challenges similar to the UK in having limited vaccine supply and also wanting to protect their population maximally. No other nation has adopted the UK’s approach,” Nagpaul told BBC Breakfast on Saturday.

“Obviously the protection will not vanish after six weeks but what we do not know is what level of protection will be offered … we should not be extrapolating data where we don’t have it. I do understand the trade-off and the rationale but if that was the right thing to do then we would see other nations following suit.

“The concern we have … if the vaccine’s efficacy is reduced … then of course the risk is that we will see those who are exposed maximally to the virus may get infected,” he added. “The other worry is that members of the population, those who are at highest risk, may not be protected.”

According to the government’s Joint Committee on Vaccination and Immunisation, unpublished data suggests the Oxford/AstraZeneca vaccine is still effective when the doses are administered 12 weeks apart. However, Pfizer said it had only tested the vaccine’s efficacy when the two doses were given up to 21 days apart.

The BMA has written privately to Whitty to express its concern over the gap between doses. The letter, seen by the BBC, said the policy was “difficult to justify”.

“The absence of any international support for the UK’s approach is a cause of deep concern and risks undermining public and the profession’s trust in the vaccination programme,” it said.

The letter also expressed concern that one dose of the Pfizer vaccine “does not produce sufficient neutralising antibodies and the potential to reduce transmission”.

The Public Health England medical director, Prof Yvonne Doyle, defended the decision to delay the vaccine, saying it was based on “public health and scientific advice”.

“The more people that are protected against this virus, the less opportunity it has to get the upper hand. Protecting more people is the right thing to do,” she told BBC Radio 4’s Today programme.

“People will get their second dose. As supplies become available more people will be vaccinated. It is a reasonable scientific balance on the basis of both supply and also protecting the most people.”

The NHS originally planned to offer second shots of the Pfizer vaccine three weeks after the first, in line with the procedure in the trials, but the soaring infection rate forced a rethink in late December with the JCVI recommending first shots for as many people as possible in the highest-risk groups.

“This is highly likely to have a greater public health impact in the short term and reduce the number of preventable deaths from Covid-19,” a JCVI statement said.