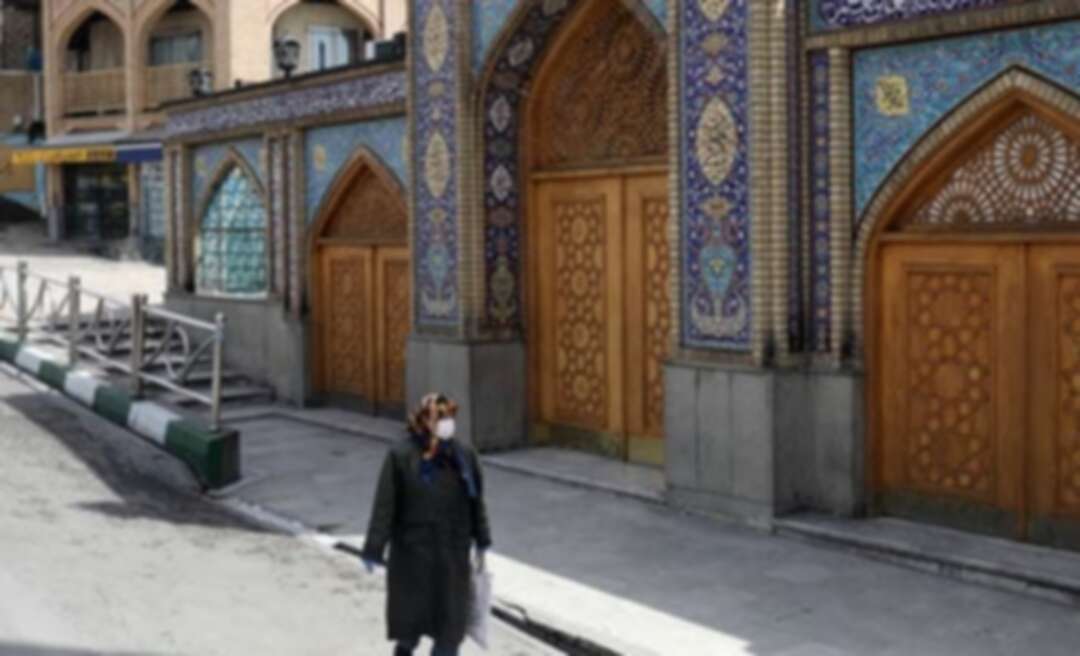 A woman wearing a protective face mask and gloves walks past the Imamzadeh Saleh shrine, amid fear of the coronavirus disease (COVID-19), in Tehran, Iran April 2, 2020. (WANA/Ali Khara via Reuters)

President Hassan Rouhani said on Saturday that COVID-19 vaccinations will begin in the coming weeks in Iran, the Middle East’s worst hit country.

Earlier this month Supreme Leader Ayatollah Ali Khamenei, Iran’s highest authority, banned the government from importing vaccines from the US and Britain, which he said were possibly seeking to spread the infection to other countries.

Rouhani himself, in compliance with Khamenei’s ban, said at the time that his government would purchase “safe foreign vaccines.”

Iran launched human trials of its first domestic vaccine candidate late last month, saying this could help it defeat the pandemic despite US sanctions that affect its ability to import vaccines.

“There have been good movements in the field of local and foreign vaccines,” Rouhani said, adding that three domestic vaccines - Barekat, Pasteur and Razi, some of which have been developed with foreign collaboration - could begin in the spring and summer.

Cuba said earlier this month that it had signed an accord with Tehran to transfer the technology for its most advanced coronavirus vaccine candidate and carry out last-stage clinical trials of the shot in Iran.

Tehran and Havana are under tough US sanctions that while they exempt medicine often deter foreign pharmaceutical companies from trading with them.

In addition to developing its own vaccine, Iran is participating in the COVAX scheme which aims to secure fair access to COVID-19 vaccines for poorer countries.

The country has recorded 1,150,000 cases and 57,000 deaths, according to government data. There has been a decline in recent weeks of new infections and deaths.