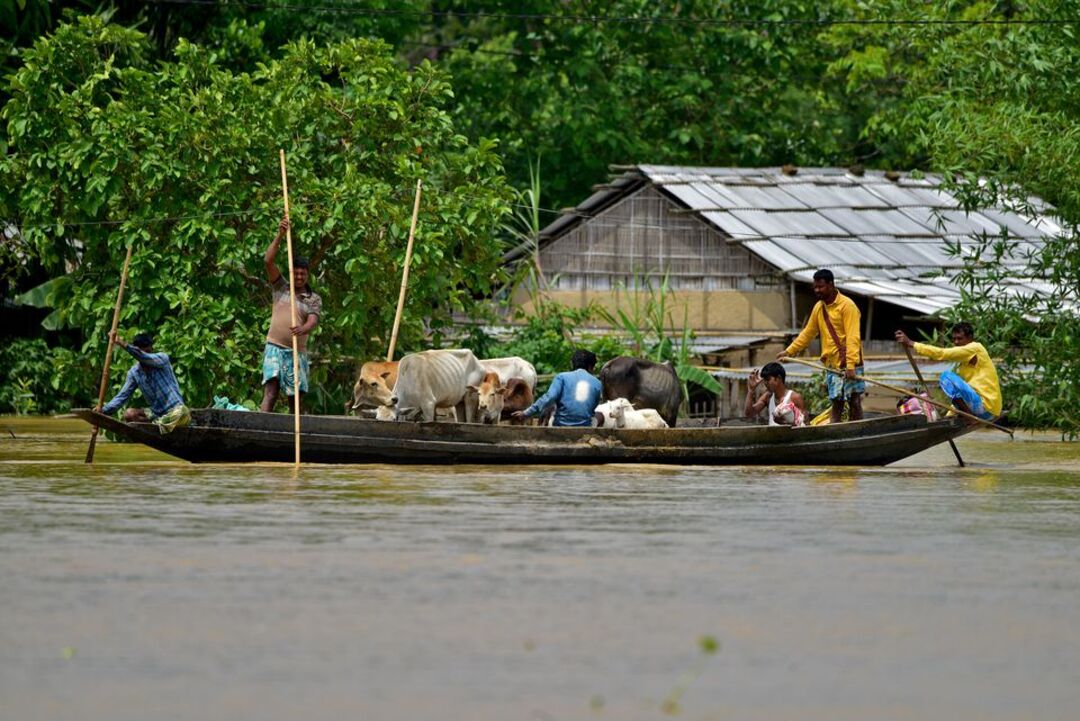 Flood-affected people ferry their cattle to safer places through a flooded field after heavy rains in Nagaon district, in the northeastern state of Assam, India May 19, 2022. REUTERS/Anuwar Hazarika

Amid heavy rainfall in various regions of the Indian state of Kerala, three pregnant women who were stranded in a forest during the downpour were rescued by officials on Friday (August 5), the Khaleej Times reported, citing ANI.

It said, the women were stranded in the middle of the forest during heavy rains and were later safely shifted to the colony with the help of the forest department and police.

One of the three women gave birth to a baby girl in the forest as she refused to go to the hospital. The new mother and the baby are safe. The other two expecting mothers are six, and seven months pregnant.

A team led by the District Medical officer convinced the trio and later shifted them to Chalakudy Taluk Hospital.

The team rescued them using a flatboat and covered a two-kilometre adventure through the Peringalkuth Reservoir.

Kerala Health minister Veena George took note of the incident and congratulated the team who rescued the pregnant women.

Earlier, the State Water Authority of Kerala on Friday opened four shutters of the Malampuzha dam and also issued a warning for those living close to the banks of the Mukkaipuzha, Kalpathipuzha, and Bharathapuzha rivers.

The India Meteorological Department (IMD) has predicted widespread rains in Kerala from August 4 to 8 and warned that the state can expect isolated extremely heavy rainfall over its Ghat regions.

The water level in all major rivers across Kottayam and Pathanamthitta are rising fast and people are being evacuated to relief camps.

Over 2,000 people are in relief camps across the State.

Till now, six deaths have been reported in Kerala due to heavy rains.