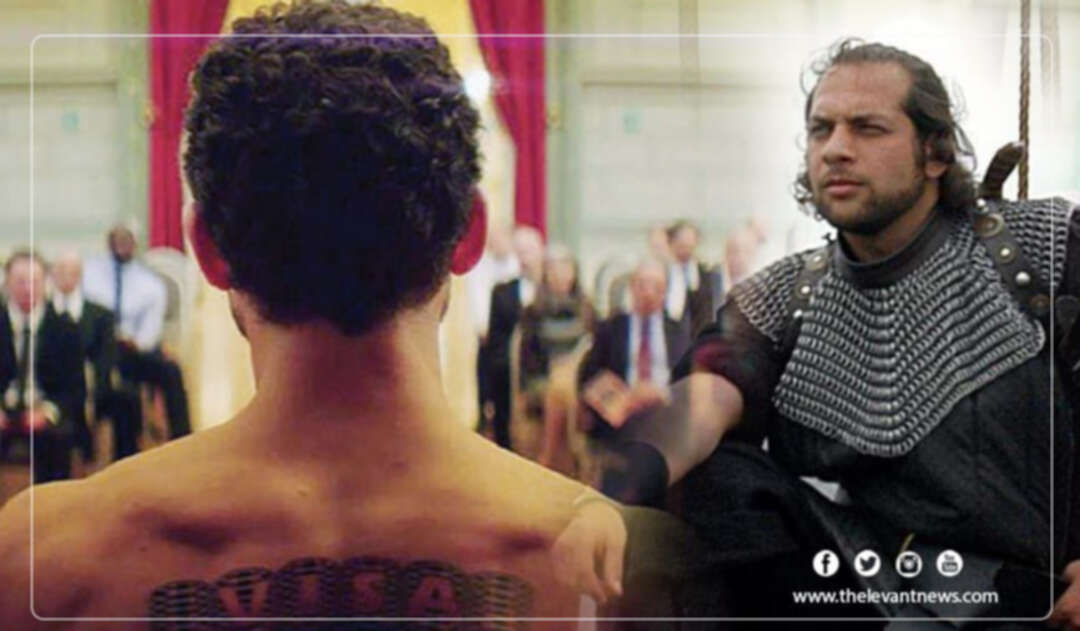 The film, in which the actress "Monica Bellucci" starred, tells the story of the Syrian refugee who left his country to Lebanon to meet the girl of his dreams. However, his circumstances prevented him from marrying her, while she married and traveled. the owner

After that, the Syrian refugee in Lebanon allows his back to become a canvas for a famous tattoo artist. He sells his back and turns it into a piece of art, serving him as a visa, where he hopes to reunite with his love in Europe.

The Syrian artist, Wassim Abdel Majid, told the Levantnews about a fraud he was exposed to in the film that was one of the 56 films nominated for the 93rd Academy Awardsthe Oscars. The film is based on his true story, However he was eventually eliminated.

Abdul-Majid said that in 2007, he had obstacles in his official papers including identity card, and as a result he lost all his civil rights. The problems continued for 3 years until 2011.

The theatre artist added that these problems have become an obsession for him, as he has turned into a strange person in his homeland, and he does not have any document that he can use to rent a car and so on.

The outbreak of the Syrian revolution

After the outbreak of the Syrian revolution, in 2011, an amnesty was granted by the Syrian regime. For the first time, Abdul Majid was able to hire a lawyer, and took back his identity card and the military service book.

Wassim, who was 30 years at the time, managed to obtain a Syrian passport, which enabled him to leave Syria, and head to Dubai for the first time.

After 3 years of working with MBC, Abdul Majid met the Tunisian director, Kaouther Ben Hania, at the Dubai Film Festival.

A conversation took place between Abdul Majid and Kaouther Ben Hania. He told her about the obstacles he faced in Syria and the director showed an interest in the story.

According to him, they agreed on working together on the “Man who sold his skin”. However, the Tunisian director soon eliminated him from the film. the owner

Abdul Majid co-wrote the script. After signing a contract with a French company, Kaouther rescinded the contract and signed a new one.

Wassim confirmed that he wrote the film along with the Tunisian director, referring to a love relationship brought them together.

He explained that he married Kaouther, revealing that he had correspondence with the French Ministry of Culture, and that he had obtained an artist residency in France. Accompanied by the director, he attended several festivals and workshops supporting independent film production.

The film received writing and development grants in more than one festival, in Sweden, France and Belgium. The film was completed after he married Kaouther, then things began to change.

He pointed out that he has the help of some friends and associations linked with human and refugee rights in Europe.

A legal file is now being worked on in partnership with some lawyers to prove his initial writing of the film. He confirmed not giving up his moral and artistic right, because he discovered that he was a technical laboratory that was exploited, emotionally, physically and spiritually. At the end, he was expelled from France. and his life destroyed due to this.

Later, he obtained a visa through the American international director, Michael Moore, and left for the United States of America, noting that the case is now being decided by the French judiciary.

Abdul Majid concluded that he watched the film in Los Angeles, and that he is very happy with it, but at the same time he is sad about the fraud he faced morally and professionally.

It is noteworthy that the Syrian Wassim Abdul Majid is a theatre artist. He has many works in Syria, and he is the son of the media professor Abdul Maeen Abdul Majid. the owner