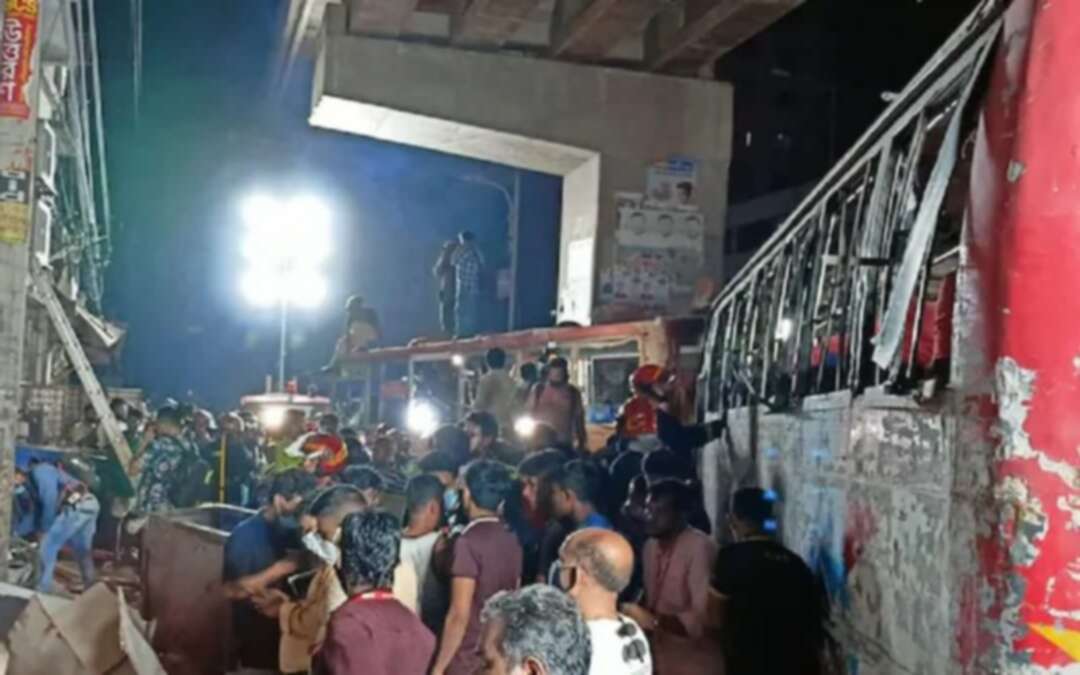 We For News reported that at least seven people were killed and dozens of others injured in the collapse of a commercial building after a massive explosion in Bangladesh‘s capital city of Dhaka on Sunday. Bangladesh

We for News quoted Dhaka Metropolitan Police (DMP) Commissioner Shafiqul Islam as saying to journalists that “seven people were killed in the explosion.”

“We’ve come to know that at least 50 people were injured in the incident,” he added.

The exact cause of the blast that took place at around 7:30 p.m. local time remains unclear, the Xinhua news agency reported. Bangladesh

Islam said that they did not find any evidence leading to an act of sabotage that could cause the explosion in the building which houses several restaurants and shops.

Broken glass walls of several nearby buildings and shopping malls littered the road outside the three-storey building.

Two buses were also heavily damaged due to the explosion. Bangladesh