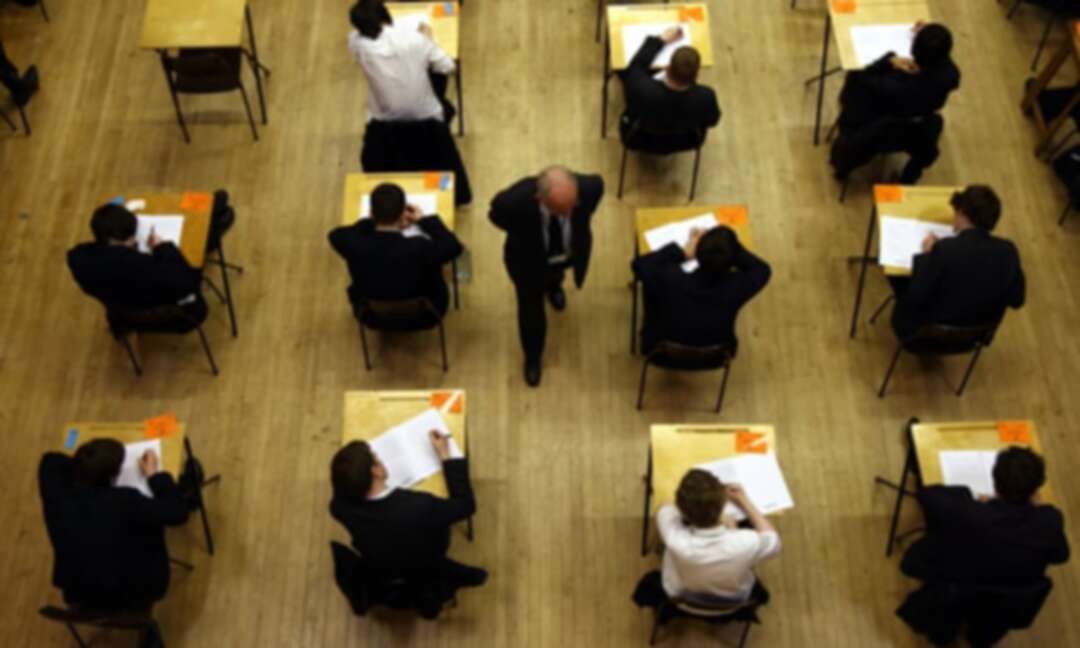 Teachers will get sweeping powers to decide exam grades in England this year, in a move that was welcomed by school leaders but brought warnings of “extremely high grade inflation” because of a lack of clear guidance.

Rules announced by the education secretary, Gavin Williamson, will emphasise “fairness and flexibility” in how each school decides to award A-level, GCSE and vocational grades to replace the summer exams that were scrapped by the government earlier this year. Following a furore last summer, algorithms will not be used.

Instead, teachers will be asked to assess more than 1.2 million pupils in England “on what they have been taught” using evidence of their choosing, and schools will not be required to use previous results as a guide. The approach is an attempt to overcome the sharp disparities in lost learning among pupils, caused by school closures and disruption amid the Covid pandemic.The Department for Education (DfE) will say that students will have the right to appeal against their assessed grades. The appeals will be free, with exam boards adjudicating between evidence supplied by schools and pupils.

The plan – to be published on Thursday by the DfE and Ofqual, the exam regulator for England – was warmly welcomed by headteachers as a vote of confidence. But the Education Policy Institute (EPI) said the failure to provide detailed national guidelines could fuel a further bout of grade inflation.

David Laws, the former education minister who chairs the EPI, said: “Without robust mechanisms in place which anchor the overall results at a level which is consistent with previous years, there is a danger that the value and credibility of this year’s grades are seriously undermined.”

Natalie Perera, the EPI’s chief executive, said the government was right to have teachers assess grades but that there was “a significant risk” of schools adopting different approaches.

“This could result in large numbers of pupils appealing their grades this year or extremely high grade inflation, which could be of little value to colleges, universities, employers and young people themselves,” Perera said.

The assessment document follows a public consultation by Ofqual that received over 100,000 submissions, with more than half coming from students, reflecting huge interest in how A-levels and GCSEs would be awarded this year.

Geoff Barton, general secretary of the Association of School and College Leaders, which represents many secondary school heads, said it was vital that results be allocated consistently and fairly.

“This year’s grades won’t be pegged to those of previous years, and grades may end up being higher overall than in normal times,” he said.

“This isn’t surprising because it’s a different system of assessment which takes into account a wider range of work than a set of exams and therefore gives students more opportunity to show what they can do. This seems the fairest approach in light of the huge disruption of the past year.”

Universities also fear that a repeat of last summer, when record levels of top A-level grades were awarded, will make it hard for admissions officers to distinguish between a bumper crop of qualified applicants.

Data for applications to higher education courses starting in autumn already show a surge in demand for places at Oxford and Cambridge, as well as a 20% increase in applications to UK medical schools.

Universities UK, which represents around 140 higher education institutions, said: “University admissions teams will pull out all the stops to make sure that this year’s applicants get the opportunity to fulfil their potential at university. They will continue to be fair and flexible in their decision making including, as in any year, for those who choose to appeal their results over the summer.”

The DfE said schools and colleges will set their own judgments and processes, and algorithms would not be used, a reference to last summer’s debacle using an algorithm developed by Ofqual to award grades that was swiftly overturned after protests.

“Teachers will be able to draw on a range of evidence when determining grades, including the optional use of questions provided by exam boards, as well as mock exams, coursework, or other work completed as part of a pupil’s course, such as essays or in-class tests,” the department said.

Announcing the new rules, Williamson said that asking teachers to assess awards would be “the fairest possible system” for pupils. Simon Lebus, Ofqual’s interim chief regulator, said: “The aim is to make it no harder overall for this year’s students to receive a particular grade than students in other years.”

Because no national standards have been set by the DfE, the only check on grade inflation will be at school level, with exam boards asked by Ofqual to police awards through random sampling and targeted scrutiny of schools with unusual sets of results.

The decision to make tests written by the exam boards optional caused dismay for the NASUWT teaching union. “A golden opportunity has been missed to secure a consistent, reliable and manageable approach to awarding. Warm words about the pressures on teachers and school leaders from the government are scant consolation for this serious error of judgment,” said Patrick Roach, the union’s general secretary.

A-level results will be published on 10 August and GCSEs two days later on 12 August, two weeks earlier than usual to allow more time for appeals by those applying for university places. Vocational qualifications such as BTecs will be announced at the same time. Exams and external assessments will continue in vocational and technical qualifications where they are needed to demonstrate professional standards.

Ofqual and the DfE have been at pains to ensure that unattached students such as home-schooled children are awarded grades, after many were shut out last summer. A full suite of A-level and GCSE exams will also be offered next autumn.