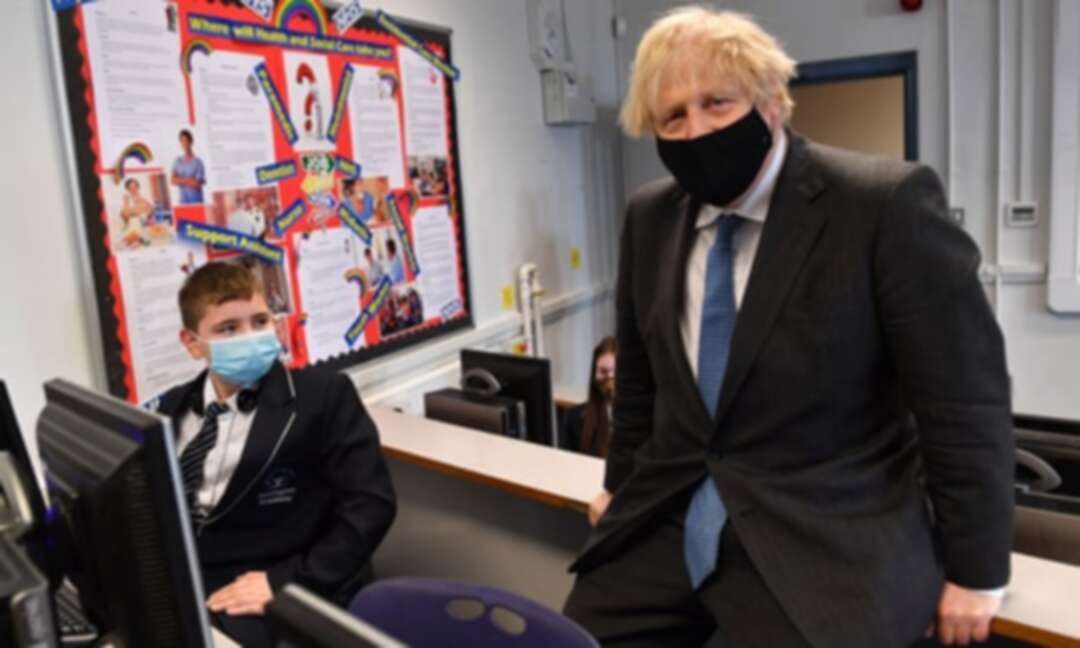 It will not be compulsory for school pupils to take Covid tests twice a week, nor wear face coverings in class, the schools minister Nick Gibb has confirmed.

But Gibb said he hoped most students would wear masks and volunteer to take tests twice a week in school, before being given home testing kits.

In interviews on Thursday, Gibb also said that while this summer’s exams had been scrapped, teachers would have to show evidence for the grades they gave, as part of checks against grade inflation.

He told Sky News: “Of course exams are the fairest and best system for judging attainment.

“It wouldn’t be fair to hold exams this year and we trust the professionals – teachers are the people who know their students best and we do trust their professionalism.”

Asked on BBC Breakfast whether he accepted grades would be inflated this year, Gibb replied: “Well, that’s why we’ve put in place all these different checking mechanisms to make sure that there is consistency.

“But it is very important that the pandemic does not prevent students from going on to the next stage of their careers, whether that is to college or to university or to an apprenticeship, so we want to make sure that, despite the disruption that students have faced, they will still be able to progress.”

He said grades would not have to be submitted until 18 June to give pupils more time to study following the disruption to their learning.

Pupils awaiting the result of an appeal against their teacher-assessed grades before being granted a university place would be prioritised under this year’s system, he added.

“We hope there won’t be a huge number of appeals, given everything that is in place. But we just want to make sure that, if there are large numbers of appeals, that there is still time to make sure students can still take the offer of a college or university place, or a place in employment, as a consequence of the appeal process,” he told BBC Breakfast.

“The exam boards will prioritise those students who have a university place that is dependent on the outcome of that appeal.”

The appeals process would be in two stages, he said. Pupils would “go to the school first of all to make sure the processes were right, and then, if the student is still unhappy, they can appeal to the exam board and they will then look at the grade to make sure … there was a reasonable exercise of academic judgment”.

The education secretary, Gavin Williamson, will give a statement to the House of Commons on the return to education and the awarding of qualifications in 2021 at around 11.30am on Thursday.

Gibb said pupils would not be prevented from attending school if they did not take regular Covid tests. “We want to make sure it is not compulsory in that sense, and they will need the permission of the parents,” he told Sky News.

“In all these things, it is a balance of risk and just having anybody tested, frankly, and identifying asymptomatic cases is a bonus in terms of minimising the risk.

“But we do expect and we hope that most students, the vast majority of students, will volunteer to have these tests twice a week and then, after the third test, there will be home testing kits for those students.”

The wearing of face coverings in secondary schools was not compulsory but instead was being “highly recommended”, he told BBC Breakfast.

“We are saying it is not mandatory for schools to have masks in classrooms but it is highly recommended because we want to do everything we can to reduce the risk of transmission in the school,” he said.

“So there is twice-a-week testing of students, staff as well. We have all those measures in place – hand hygiene, the cleaning of surfaces, the ventilation, staggered lunchbreaks and play times – all those measures designed to minimise the risk of infection and transmission within the school.

“And this is one more measure just to help reduce that where you can’t have social distancing in a classroom.”