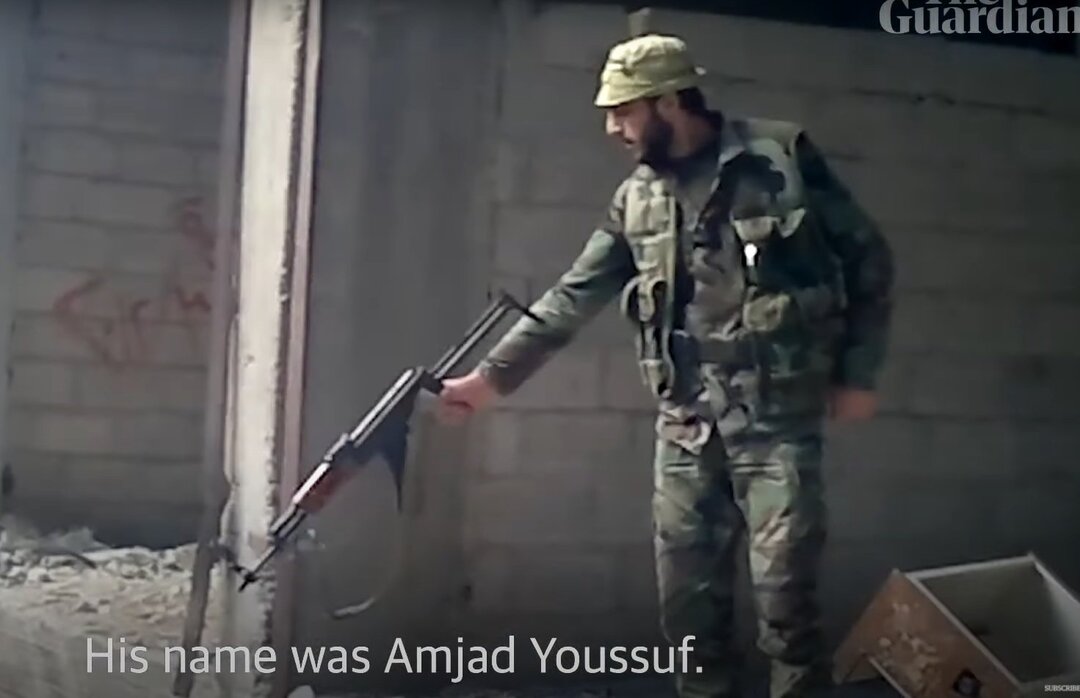 A member of the Syrian intelligence forces named "A.Y" carries out mass executions in the Al-Tadamon neighborhood

A report issued Monday (May 30) by the Syrian Network for Human Rights said that the Syrian regime detained Amjad Youssef, an officer in the Syrian security forces, who massacred dozens of Syrians and raped dozens of women in the Tadamon neighborhood in Damascus.

The Network said: “The Syrian regime is now keeping Youssef in custody."

However, it added that the detention process was not carried out according to a judicial warrant based on a specific charge, explaining that Youssef has not been referred to the judiciary and that the Syrian regime has not issued any information indicating his arrest.

At the end of April 2022, New Lines, a magazine specialized in the Middle East affairs, published an investigation revealing that Youssef was working for Military Intelligence’s District Branch, also known as Branch 227 and was responsible for the arrest, torture and killing of thousands in the Tadamon neighborhood. He had confessed to the mass killing.

Fadel Abdul Ghany, founder and chairman of the Syrian Network for Human Rights, told Asharq Al-Awsat that the Syrian regime would not have detained Amjad Youssef if regime bodies had not been involved in this atrocity at the highest levels.

He said the Network received information that the Syrian regime had detained Youssef a month ago, following the publication of his confessions.

Abdul Ghany said: “This reveals that high-ranking regime officials are involved in these crimes and that Youssef is just a small part of an integrated system."

He said the regime fears that more of those involved in similar crimes will be exposed, and, for this end, the regime might hide Amjad for life or kill him after he confessed his offenses.

Abdul Ghany also said that the regime did not arrest any security services involved in committing similar atrocious violations nor did it hold anyone accountable.

He said: “The Syrian regime protects violators, and in some cases promotes them, so that they’re aware that their own fate is always linked to the regime’s fate, and defending it becomes an essential part of defending themselves."

According to the Network’s report, the Syrian regime has systematically used enforced disappearance as one of its most prominent tools of repression and terrorism aimed at crushing and annihilating political opponents simply for expressing their opinion.

It said Youssef and thousands of other members of the regime’s security services and army forces would not have committed such atrocious violations had they not been part of a deliberate policy implemented at the direct orders of Assad.

The report called on the UN Security Council to hold an emergency meeting to discuss the fate of the forcibly disappeared persons in Syria and to act to end torture and deaths inside Syrian regime detention centers.

The Syrian Network report also raised concern over the fate of 87,000 people documented as being forcibly disappeared in regime prisons, which may be similar to that suffered by the victims in al Tadamun neighborhood.

It showed that the Syrian regime has detained, and continues to detain, at least 131,469 of the people arrested since March 2011, with 86,792 of this number classified as forcibly disappeared persons, including 1,738 children and 4,986 women.