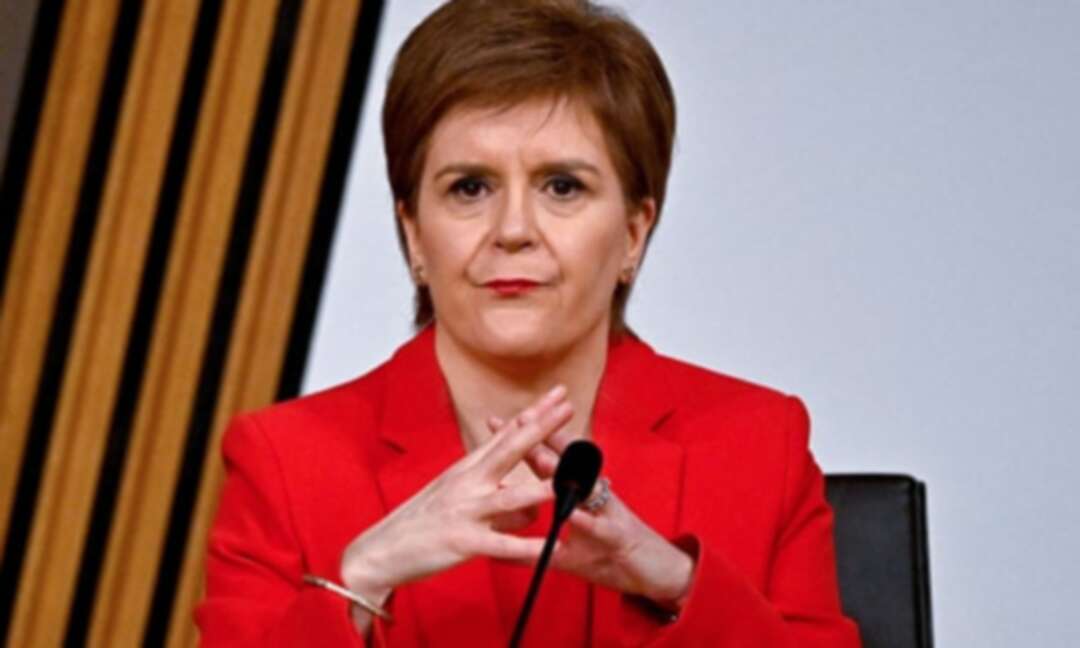 Nicola Sturgeon gives evidence at Holyrood during an examination of the government’s handling of harassment allegations against Alex Salmond.

Nicola Sturgeon has apologised directly to the two women who were failed by the Scottish government’s investigation into their sexual harassment complaints against Alex Salmond, but denied there was any plot against the former first minister.

Sturgeon is under intense pressure to answer multiple allegations that she misled parliament as she gives evidence to the inquiry into her government’s handling of the complaints, after previously secret legal advice and new witness evidence released on Tuesday evening led to calls for her resignation as first minister.

Giving evidence to the inquiry last Friday, Salmond said there was “no doubt” that Sturgeon had broken the ministerial code on multiple occasions.

Commencing her evidence session under oath on Wednesday morning, Sturgeon accepted her government had made a “very serious mistake” in appointing as the investigating officer into the allegations a senior official who had previously met and briefed the two complainers.

She said her government had “tried to do the right thing”, and that it was an “absurd suggestion that anyone acted with malice or as part of a plot against Alex Salmond”. She told MSPs: “As first minister, I refused to follow the age-old pattern of allowing a powerful man to use his status and connection to get what he wants.”

Sturgeon also told the inquiry that while his acquittal on 13 sexual assault charges in March 2020 was “beyond question”, she knew from her own conversations with Salmond that “his behaviour was not always appropriate”.

She said she had searched his testimony on Friday for “any sign at all that he recognised how difficult this has been for others too. First and foremost for women who believed his behaviour towards them was inappropriate. And yet across six hours of testimony, there was not a single word of regret, reflection or even simple acknowledgement of that. I can only hope that in private the reality might be different.”

She also addressed in her early remarks one of the key charges levelled against her by her former mentor, about when she first learned about the allegations. Salmond, supported by two other witnesses, claimed she was told about them by his former chief of staff Geoff Aberdein in her office on 29 March 2018. Sturgeon had previously told Holyrood and the media she first learned of them from Salmond himself, at their meeting at her home on 2 April.

Sturgeon said that while Aberdein had indicated Salmond wanted to speak to her about a “harassment-type incident”, this was “in general terms”, and what she recalled most from the conversation was how concerned Aberdein had been about Salmond’s wellbeing.

She said the meeting with Salmond at her home on 2 April was when she fully grasped the nature of the allegations. She said Salmond asked her to read a letter he had been sent by the head of the civil service, Leslie Evans, which detailed the accusations.

“Reading that letter is a moment in my life I will never forget,” she told the committee. She said Salmond went on the tell her his version of what happened with one of the complainers: “What he described constituted in my view was deeply inappropriate on his part.”

However, she also said had she been fully informed of the allegation at the 29 March meeting, her actions would not necessarily have been different.

She said: “Given what I was told about the distress Alex was in, and how it was suggested to me that he might be intending to handle matters, it is likely that I would have still agreed to meet him – as his friend and as his party leader.”

She added: “My decision not to record the meeting on 2 April immediately wasn’t about the classification I gave it, not about it being a party rather than a government meeting, it was because I did not want to compromise the independence of the confidentiality of the process under way.”

Sturgeon also denied the new sexual harassment policy was “bespoke” and designed to apply to Alex Salmond because it was drafted to include complaints about former ministers: “To see it in that way really ignores what was happening globally

In her opening statement, Sturgeon also told the committee she did not intervene in the process of the Scottish government’s investigation into harassment complaints against Salmond as doing so would have been an “abuse” of her role.

In a letter to a Holyrood committee, also released on Tuesday evening, one of Salmond’s lawyers, Duncan Hamilton, backed the former first minister’s claim that Sturgeon had offered to intervene in the initial investigation on Salmond’s behalf in a private meeting at her home on 2 April 2018.