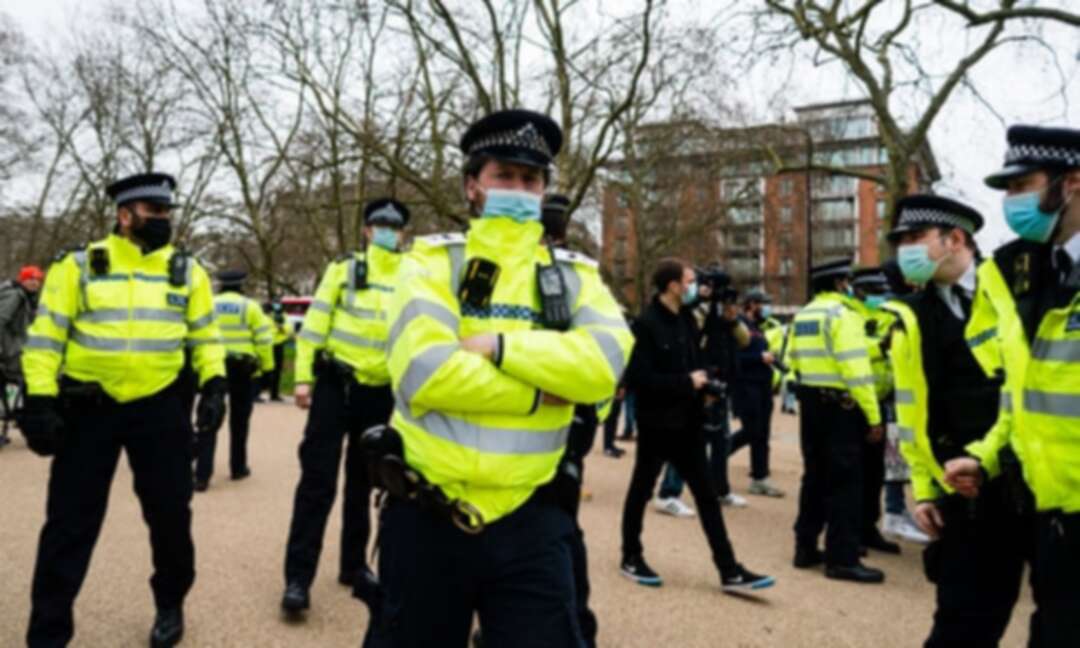 Police officers in London in March. The inspectorate said some forces ‘did not appear to follow the national requirement for self-isolating for test, track and trace’.

Some police forces in England and Wales did not follow self-isolation rules after staff came into contact with someone who had coronavirus symptoms, according to inspectors.

Amid “confusion” over the requirements and concerns about the “potential adverse effect of losing resources”, some instigated their own regimes that were contrary to national guidance or may have broken the law, a report found.

Her Majesty’s Inspectorate of Constabulary and Fire & Rescue Services said some forces “did not appear to follow the national requirement for self-isolating for test, track and trace”.

Its latest report said: “Forces sometimes saw self-isolation as unnecessary and possibly resulting in relatively large numbers of staff being told to isolate within some teams.

“Some forces therefore created their own systems to reduce self-isolation for staff not displaying symptoms, contrary to national guidance.

“We also heard about force policies where senior officers did risk assessments to circumvent the need to self-isolate. This was after staff told them they had received a direction from the app or the national contact tracing service to self-isolate.

“Again, this was contrary to national guidance and, in the case of a direction from the NHS contact trace service, a criminal offence under the Health Protection (Coronavirus, Restrictions) (Self-Isolation) (England) Regulations 2020.”The findings, from an inspection carried out between March and November last year, urged forces to immediately put in place policies to address the situation, adding: “Forces must follow the guidance and self-isolation directions when members of the workforce come into contact with someone with coronavirus symptoms.”

The report also found “some forces increased the number of crimes they decided not to investigate because they were unlikely to be solved, and reduced their in-person visits to registered sex offenders”, to reduce the risk of infection.

While these may have been “sensible decisions” at the start of the outbreak, concerns were raised at the impact these measures could have on victims, it said.

While this prevented “workloads becoming unmanageable, allowing more time to concentrate on more serious offences and those with clear lines of inquiry”, inspectors said they had “concerns about the possible detrimental effect for victims resulting from any changes in approach, especially at a time of changes in demand.

“Any changes in decisions about whether to investigate offences with viable lines of inquiry or named suspects would be especially worrying.”

Inspectors asked forces to keep any such changes under review and consider the effect this could have on the public before deciding whether to adopt any of them permanently.

Overall, police were praised for their efforts in enforcing coronavirus lockdown rules at short notice. But inspectors did acknowledge officers “faced an extremely difficult situation of fast-paced announcements”. This sometimes led to confusion over the difference between legislation and government guidance, with the inspectorate stressing that the police can only enforce legislation.

This “affected the police service’s ability to produce guidance and to brief staff” and “inevitably led to some errors or inconsistencies in approach”, the report said, as it highlighted examples that prompted criticism for being “heavy handed”.

These included incidents where road-checks were carried out to identify unnecessary journeys, drone surveillance and police action in relation to non-essential shopping and what was thought to be excessive exercise. England

The report added: “In this context, policing at all levels did very well to operate coherently and to maintain public support.”

Matt Parr, the inspector of constabulary, said: “Overall, the police rose to the challenge with dedication and commitment by taking immediate and decisive action to keep people safe and prevent crime, while also learning lessons from the rare occasions that they got it wrong.”

Martin Hewitt, the chairman of the National Police Chiefs’ Council, said the report recognised the past 12 months had been “one of the biggest challenges to face modern policing, and that the service has stepped up and met that challenge head on”.

He added: “We haven’t always got things right straightaway, and we have sought throughout the pandemic to learn as we go and improve the service we provide.” England