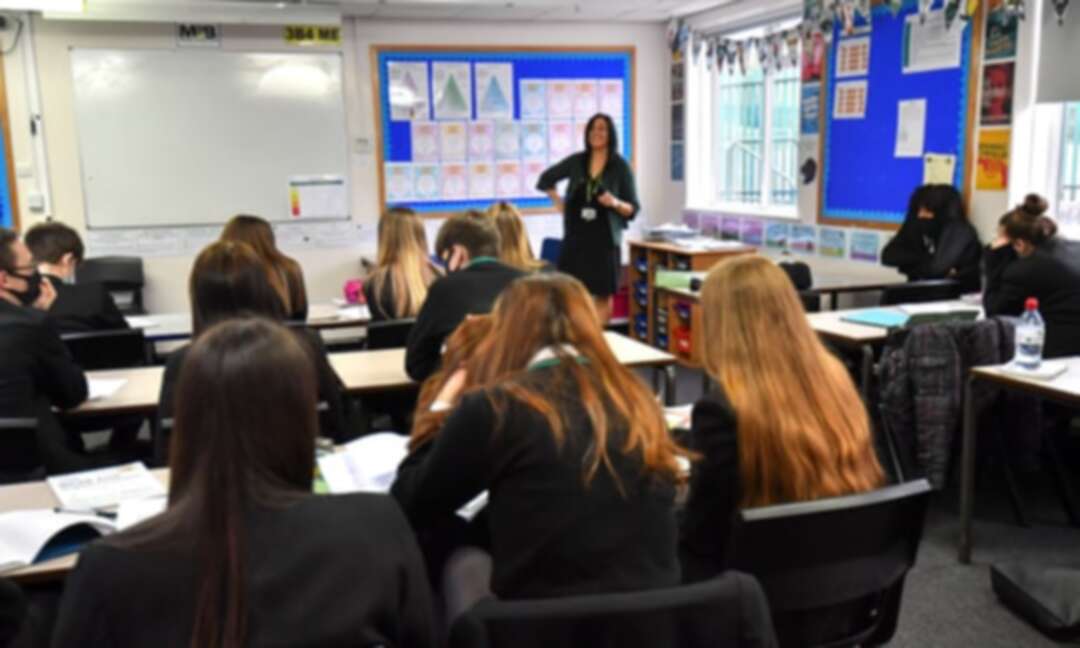 Secondary school pupils in England will no longer be advised to wear masks in classrooms, the education secretary has said, despite pleas by teaching unions and others for the guidance to remain in place.

Gavin Williamson confirmed reports the government was planning to water down its guidance around the wearing of masks at step 3 of its roadmap out of lockdown, which will be no earlier than 17 May.

Scientists, public health experts parents and teaching unions had written to him this week to warn that vaccination rates were not sufficient to fully mitigate the impact of transmission among children on infection rates in the community.But Williamson told the Daily Telegraph: “As infection rates continue to decline and our vaccination programme rolls out successfully, we plan to remove the requirement for face coverings in the classroom at step 3 of the roadmap.”

However, the government’s guidance will continue to recommend that secondary pupils should wear masks in corridors and other areas inside schools where social distancing is not practical.

Boris Johnson is expected to make the announcement as early as Monday, according to the newspaper.

Geoff Barton, the general secretary of the Association of School and College Leaders, said: “What we want to see from the government is clarity in the guidance that is given to schools and colleges over this matter so that everyone knows where they stand and there aren’t grey areas left to negotiate. It’s important that it’s very clear what schools and colleges are required to do, and where they have discretion to make decisions based on their own contexts and risk assessments.”

The letter urging Williamson to keep the requirement for masks in place until at least 21 June had been signed by scientists and public health experts from the universities of Oxford, Cambridge, Exeter and UCL, among others. They joined forces with five unions representing teachers and other school staff and parents.

It said that after schools fully reopened in England on 8 March, the number of children testing positive for Covid-19 increased, so that by the start of the Easter break the prevalence of infection was higher in school-age children than in any other age group.

Figures published by the Office for National Statistics on Tuesday showed school infection rates were down, with about 0.33% of pupils and 0.32% of staff in secondary schools testing positive for Covid-19 from mid to late March, compared with 1.22% and 1.64% in December.

Dr Deepti Gurdasani, a clinical epidemiologist and senior lecturer in machine learning at Queen Mary University of London, who was among the signatories to the letter, reacted to news of plans to dilute the rules on masks by warning about the spread of a Covid-19 variant from India.

“So the govt appears to be scrapping masks in secondaries – while delaying releasing information about B.1.617.2, which has been spreading in secondary schools + outbreak involving 100 children in Derbyshire … Data not dates?” she tweeted.

A Department for Education spokesperson said virus transmission in schools was continuing to drop and that new data showed a significant decrease in students and staff testing positive. Positive cases were isolating quickly thanks to a twice-weekly rapid testing programme, it said.