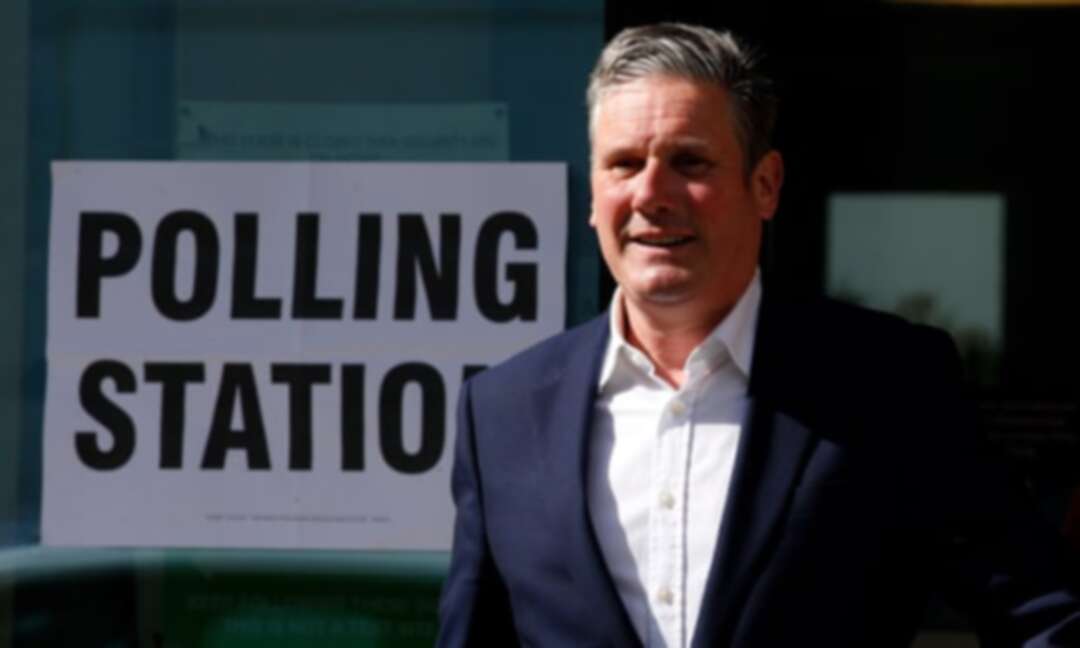 A Labour source said the party had expected a tough time in north-east England and the Midlands, and that early election results ‘would be particularly difficult’.

Keir Starmer is facing immediate pressure from the left of Labour to change course after the first series of local council and other election results pointed towards a hugely disappointing night for the party.

As well as a bad loss in the Hartlepool byelection to the Conservatives, the first time the seat has not been held by Labour since it was created in 1974, early English council results showed significant reverses for the party.

While Labour had accepted the early results were likely to be among the worst of the series of votes across all of the UK except Northern Ireland, the immediate message from Starmer and his allies was to push for a more rapid move away from the Jeremy Corbyn era.

Labour was “not yet changing fast enough” to win back the support of voters, the shadow communities secretary, Steve Reed, said.

Speaking to ITV’s Good Morning Britain, Reed said it had been “a very difficult and disappointing night”.

He said: “It tells us something we need to know. Although the Labour party is changing, we’re clearly not yet changing fast enough to win back the trust that has been lost over recent years.”

The party’s problems “run very, very deep”, Reed said, adding: “It was always going to take more than a year, given the breakdown in trust between the Labour party and very many people right across this country.Diane Abbott, who was shadow home secretary under Corbyn, tweeted: “Keir Starmer must think again about his strategy.” She said: “Crushing defeat for Labour in Hartlepool. Not possible to blame Jeremy Corbyn for this result. Labour won the seat twice under his leadership.”

Richard Burgon, the Leeds East MP who was shadow justice secretary under Corbyn, said Starmer’s team “needs to urgently change direction”. He tweeted: “It should start by championing the popular policies in our recent manifestos – backed by a large majority of voters.”

A spokesman for Momentum, the Corbyn-allied Labour group, said: “The leadership are reacting to this disaster by promising ‘more change’ – but over the last year we’ve gone backwards. It’s time to change direction, not double down on a failed strategy.”

Peter Mandelson, who held the Hartlepool seat for Labour from 1992 to 2004, said he was “fairly gutted” at the result but also felt “a mild fury that the last 10 years of what we have been doing in the Labour party nationally and locally has brought us to this result”.

“We need, for once in this party, to learn the lessons of those victories, as well as those defeats, and I hope very much that when Keir and his colleagues in the shadow cabinet say this means that we have got to change direction that they actually mean it.”Starmer was expected to speak to reporters later on Friday.

In Redditch in Worcestershire, the first nine seats declared all went to the Conservatives, seven being taken from Labour, including Labour’s former council leader and deputy leader. The Conservatives also took control of Northumberland council from no overall control.

A number of Conservative gains were aided by the party acquiring what was a significant Ukip vote from the last time they were contested, in 2016 or 2017, illustrating the scale of the long-term, structural issues facing Labour.

A huge number of elections were held on Thursday in every part of the UK except Northern Ireland, with results coming in between Friday and Sunday, due to counts slowed by Covid restrictions.

Early results seemed to indicate a positive night for the Greens, who took seats both from Labour and other parties. They gained two seats from Labour on South Tyneside council with a huge rise in their vote and in Stockport, from the Conservatives in Northumberland, and from the Liberal Democrats in Colchester.

As well as more than 4,600 seats contested across 143 English councils of various types, people in Scotland and Wales have voted for members of their devolved parliaments, with counting starting on Friday. While Labour is likely to remain the lead party in Wales, in Scotland the Scottish National party is hoping for a majority.

Also being chosen are 13 mayors, including in London, where Labour’s Sadiq Khan is widely expected to be re-elected. But in other races, notably the West Midlands and Tees Valley, Conservative mayors are also predicted to be re-elected. Also, 39 police and crime commissioners are being selected across England and Wales.