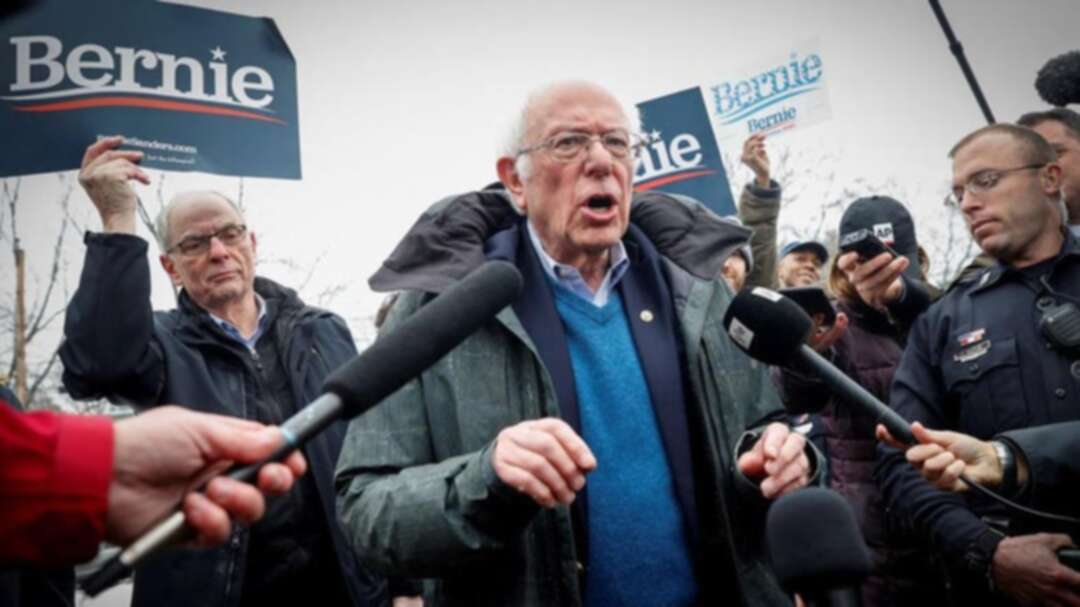 Tuesday and former front-runner Joe Biden trailed badly in a bruising setback that raises doubts about the viability of his campaign.

In the second nominating contest to find a challenger to Republican President Donald Trump in November, Sanders had 27 percent, while Pete Buttigieg, the moderate former mayor of South Bend, Indiana, was at 24 percent with 65 percent of precincts reporting.

Senator Amy Klobuchar, looking for a breakthrough after a strong debate performance on Friday, was in third with 20 percent.

Biden, the former vice president, was a distant fifth in the early results with 8.5 percent, behind Senator Elizabeth Warren with 9.4 percent. Biden, sensing the disappointing result, left New

Hampshire for South Carolina before the results started rolling in.

The results began to thin the field of Democrats seeking the right to take on Trump in the November 3 election, with businessman Andrew Yang and Senator Michael Bennet dropping out after the polls closed and it became clear they would finish well out of the running.

The moderate Biden was limping to his second consecutive disappointing finish after a fourth-place result in Iowa. He is certain to face growing questions about his ability to consolidate moderate support against a surging Buttigieg and Klobuchar.

Biden, 77, fared poorly in two previous runs for president before winning election in 2008 as President Barack Obama’s No. 2. He hopes to stay afloat this time until the February 29 contest in South Carolina and a series of contests in other Southern states on Super Tuesday on March 3, where his support among African-Americans will be a strength.

Results rolled in relatively quickly, and Democrats in New Hampshire were confident they would have smoother sailing than in Iowa, where embarrassing technical problems delayed vote-counting and the results for days. Buttigieg narrowly beat Sanders in Iowa, but both campaigns have asked for a partial recanvass of results.