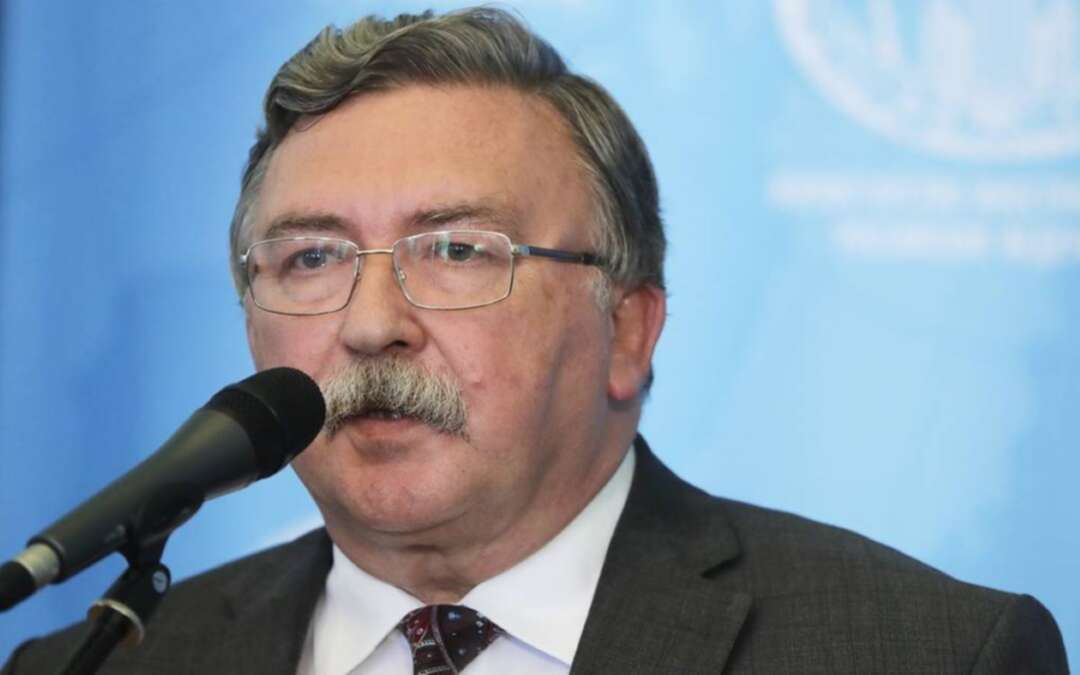 The TASS reported that Russia’s Permanent Representative to the Vienna-based international organizations Mikhail Ulyanov said in an interview with the Kommersant daily on Sunday more than 90% of the way has been covered at the talks on the restoration of the Iran nuclear deal, with several politically sensible matters remaining to be settled.

He said however he could not disclose details of the talks but one of the topics is possible recurrence of the situation that emerged under the US President Donald Trump administration.

He noted, "the Americans say they legislation makes it impossible for them to provide any guarantees."

He warned that the United States’ policy of maximum pressure may lead to absolutely opposite results.

According to the TASS, the new US administration, in his words, is ready to drop this practice but only under agreements on the restoration of the deal envisaging sanction lifting in exchange for Iran’s return to the implementation of its nuclear commitments in full.

Mikhail Ulyanov said that talks on the restoration of the Joint Comprehensive Plan of Action (JCPOA) on the Iranian nuclear program could be resumed not earlier than in ten days,or even later.

The TASS reported he said in an interview with the Kommersant daily "We believe that the sooner the talks are resumed the better. I think it will happen not earlier than in ten days, or, maybe, even later.”

According to the Russian diplomat, no one can now say for sure when it may happen.

It is quite explainable: a new president has recently been elected in Iran, a new team is being formed and the need time to decide on their position. It is a hot-button matter for Iranian society and the establishment. Heated debates go on. So, no wonder," he explained.

He noted that this situation was causing irritation of other negotiators. "It is quite understandable too, because it is in no way in the interest of the entire affair when new agreements stay in a suspended state for such a long time," Ulyanov added.

The JCPOA Joint Commission has had several offline meetings in Vienna since April to discuss prospects for the United States’ possible return to the deal and steps needed to ensure full and efficient compliance with the deal’s terms by all its signatories.

The commission members continue to discuss ways of restoring the nuclear deal at informal meetings in various formats, including at an expert level. JCPOA participants also hold separate consultations with the US delegation without Iran's participation. It was originally planned to finish consultations in late May and then - in early June.

The JCPOA, also known as the Iran nuclear deal, was signed between Iran, the five permanent members of the United Nations Security Council (Russia, the United Kingdom, China, the United States and France) and Germany in 2015.

Under the deal, Iran undertook to curb its nuclear activities and place them under total control of the International Atomic Energy Agency (IAEA) in exchange of abandonment of the sanctions imposed previously by the United Nations Security Council, the European Union and the United States over its nuclear program.

The future of the deal was called in question after the United States’ unilateral pullout in May, 2018 and Washington’s unilateral oil export sanctions against Teheran.

Iran argued that all other participants, Europeans in the first place, were ignoring some of their own obligations in the economic sphere, thus making the deal in its current shape senseless. This said, it began to gradually scale down its commitments under the deal.