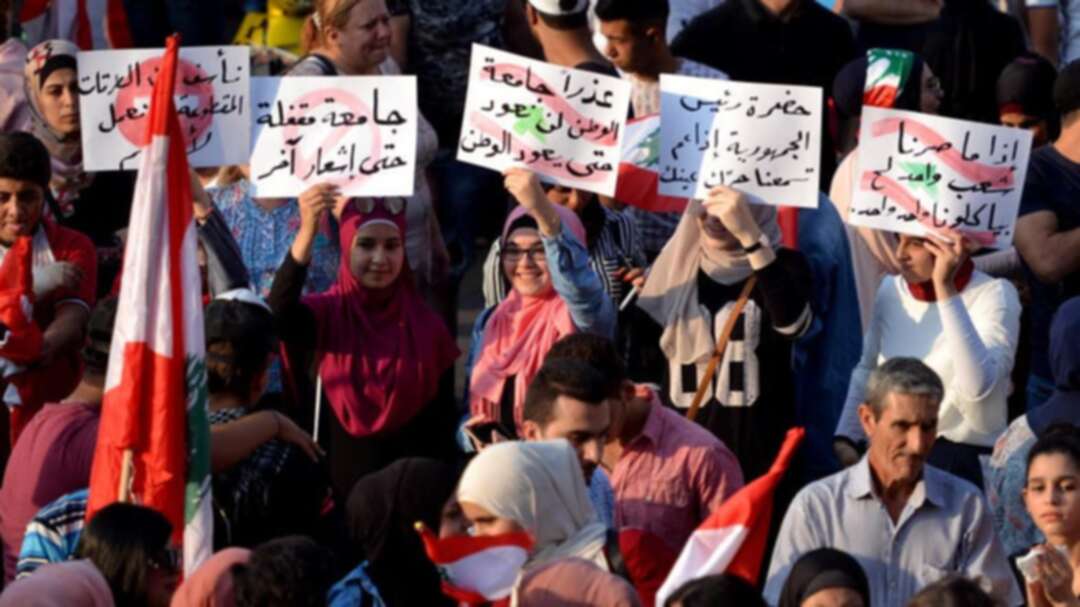 Protesters carry signs in Tripoli earlier in the week. (Reuters)

Aoun is set to give his second address during the protests, this one after Prime Minister Saad Hariri resigned on Tuesday. Protesters have called for the resignation of the entire government.

Lebanon has been largely shut down by the anti-government protests, which were sparked by the imposition of a tax on WhatsApp calls against the backdrop of widespread corruption and a failing economy.

Schools had been set to reopen on Thursday, but late last night parents in many areas were told schools would remain closed.

Banks have also been closed throughout the protests, prompting fears that salaries would not be paid.

Protesters in central Beirut had been attacked by men, who were believed to be supporters of Hezbollah and Amal, on Tuesday. Tents and stalls which had been set up in Beirut's Martyr's Square were trashed in the attacks.