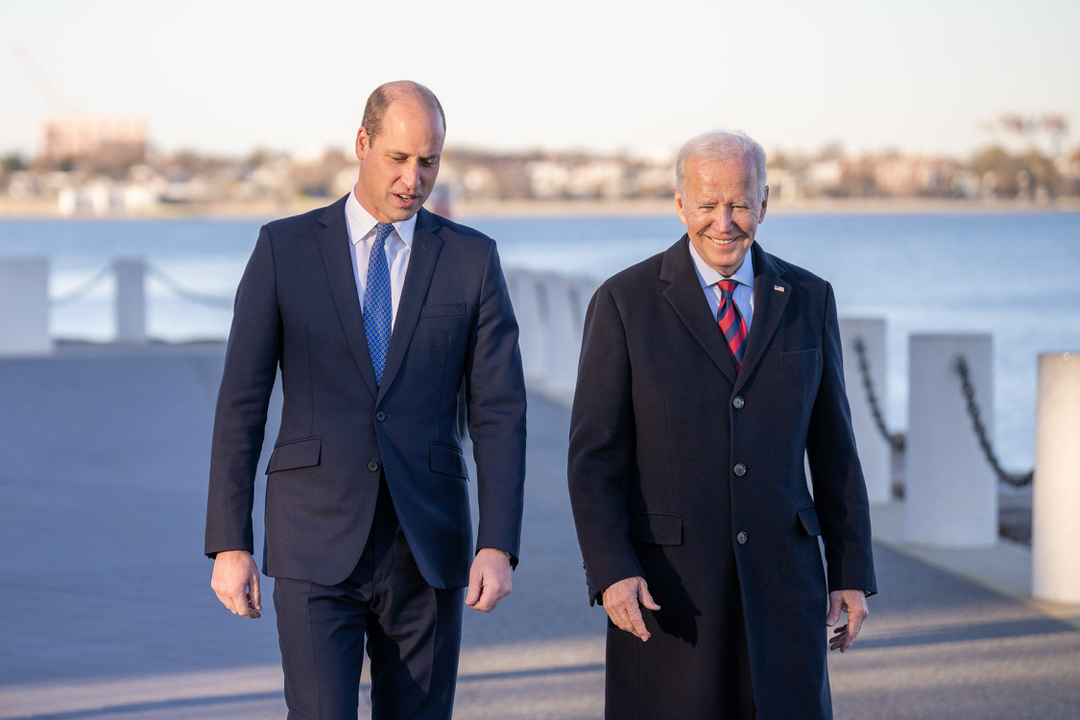 Prince William greeted US President Joe Biden at the waterfront in Boston on Friday (Dec 2), part of a three-day visit by British royals trying to focus attention on tackling environmental issues.

William and his wife, Kate, attempted to keep the spotlight on climate and other causes they champion on their first overseas trip since taking on the titles of Prince and Princess of Wales after the death of Queen Elizabeth in September.

In the middle of their US visit, however, Netflix Inc released a trailer for an upcoming documentary series about William’s younger brother, Harry, and his American wife, Meghan, reviving talk about rifts in the royal family. Buckingham Palace also was dealing with a new racism controversy.

On Friday afternoon, William smiled as he met Biden outdoors in cold weather along Boston’s waterfront. The two men took a brief stroll before a private meeting at the John F. Kennedy Presidential Library and Museum.

Later on Friday, William and Kate were due to honor winners of the Earthshot Prize, an award William established to recognize people working to fight the effects of climate change. Grammy-winning singer Billie Eilish and others were scheduled to perform at the star-studded ceremony.

“We want to demonstrate what we can all do to help put the world on a path towards a stable climate, where communities, nature and oceans thrive in harmony,” William said in an opinion piece published in The Huffington Post on Friday.

Kate and William last visited the United States in 2014, when they were guests of then-President Barack Obama at the White House.

Their current trip comes just days before Harry and Meghan looked set to steal the limelight at an awards ceremony in New York.

For many in the British press, Harry and Meghan have become the royal villains, turning their back on duty while using their royal status to forge out lucrative careers and earn millions, including from Netflix.

In contrast, William and Kate are usually portrayed in the British media as dutiful and earnest, reflecting the style of the late queen.