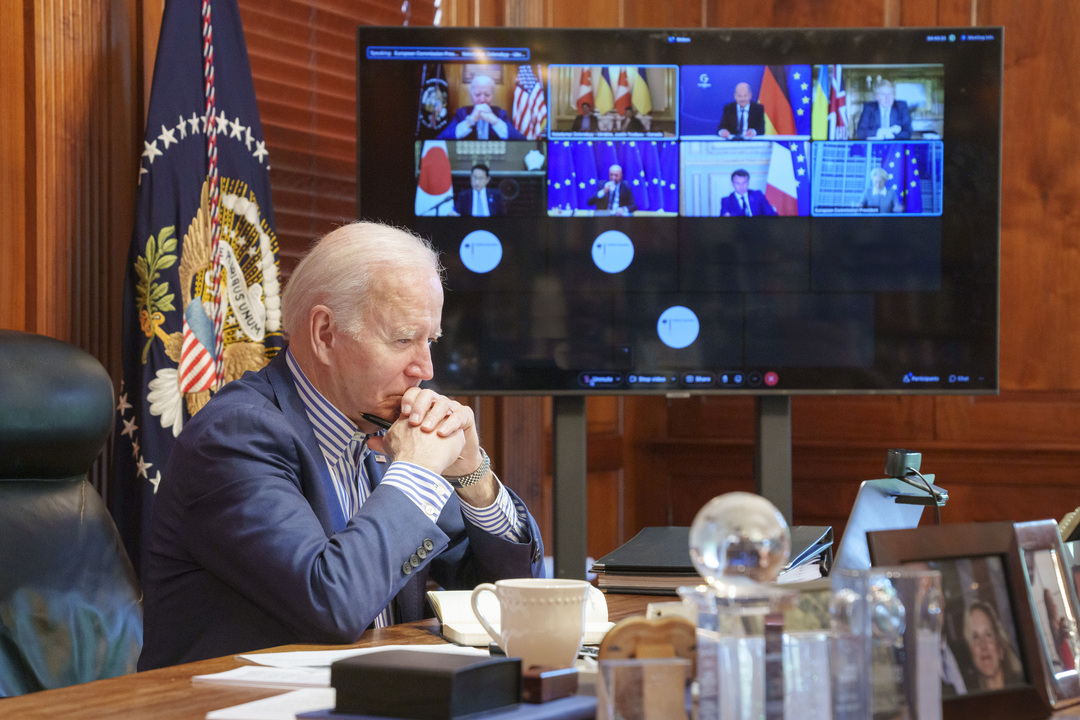 U.S. President Joe Biden said he has no immediate plans to contact Vladimir Putin but is prepared to speak with the Russian president if he shows an interest in ending the war in Ukraine, and only in consultation with NATO allies.

"I have no immediate plans to contact Mr Putin," Biden said at a White House news conference after talks with French counterpart Emmanuel Macron.

"I'm prepared to speak with Mr. Putin, if in fact there is an interest in him deciding he's looking for a way to end the war. He hasn't done that yet."

Biden and Macron pledged their countries solidarity with Ukraine against Russia's war and vowed to work together to deal with the economic difficulties the conflict has brought.

Biden put the onus on ending the war, which began with Russia's invasion of Ukraine in February, squarely on Putin.

"There's one way for this war to end, the rational way: Putin could pull out of Ukraine, No. 1. It appears he's not going to do that. He's paying a very heavy price for failing to do it."