Political Islam in Europe lives its best times in conjunction with its retreat in the cradle of Islam, namely, the Middle East and North Africa. The massive Muslim communities in Western Europe, that constitute the incubator of political Islam, is not the only reason behind the birth and growth of various groups that adopt the ideology of political Islam, specifically the Muslim Brotherhood. Likewise, the problem is not only related to the method of religiosity followed in major mosques and religious centres scattered in Europe. However, there are fundamental reasons linked to the European policies themselves.

First: The European Union countries do not adopt a single position on political Islam. On the contrary, there are several positions ranging from flexibility, moderation, and firmness. This indicates the absence of European consensus on this phenomenon, which is considered a threat to the stability of European societies.

What is required of the EU and UK in this regard is to adopt a single policy to fight and eradicate political Islam in Europe. For example, all political Islam organisations in Europe, especially the Muslim Brotherhood, should be outlawed. Pursuing all foreign-funded centres and imams to disengage these centres from abroad, which are hostile to Europe. Imposing severe sanctions on countries that sponsor and finance political Islam groups, such as Turkey and Qatar. Adopting more realistic and dynamic policies regarding the integration of Muslim communities into European societies. Fighting the European extreme right in parallel with fighting political Islam groups.

If the EU and Britain do not take potent measures against political Islam groups, especially the terrorist organisation of the Muslim Brotherhood, Europe will witness in the future more terrorist operations and thus more instability. Especially, since the United States has given another golden opportunity to political Islam groups in the whole world through its chaotic and arbitrary withdrawal from Afghanistan and handing it on a diamond platter to the terrorist Taliban movement. 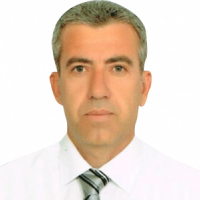 A Democratic Trap for Hulusi Akar? Facebook will pay $4.75 million for discriminating in favour of foreigners against US citizens