Dalia Ziada
These days, people inside and outside Turkey are talking about the potential of Hulusi Akar, the Turkish Minister of Defense, to take over the long-held seat of Erdogan. No, that is not going to be a coup d’état! The shrewd and popular Hulusi Akar has successfully passed the unbearable democracy test, when he was the Chief of General Staff, during the latest coup attempt in July 2016. However, the rumors claim that Hulusi Akar will run for presidency in the next elections of 2023, should Erdogan decide not to run.

Ironically, such rumors are initiated by the same writers and analysts, who previously claimed that Erdogan conspired with Hulusi Akar and Intelligence Chief Hakan Fidan to stage a fake coup, in 2016. They are the same people who claimed, in 2019 and 2020, that early presidential elections were going to take place, as the Turkish people could not wait for the 2023 schedule. However, none of their prophecies and conspiracy theories turned to be correct. That is simply because they are blinded by their overwhelming desire to see Erdogan out of power. Adding the name of Hulusi Akar to their new story is merely the spice needed to make it more believable for the public audience. Last year, a similar rumor spread when a Turkish journalist, on an opposition website, reported that Devlet Bahçeli of the Nationalist Movement Party (MHP), which shares the most powerful duet political coalition with Erdogan’s Justice and Development Party (AKP), was pushing hard for positioning Hulusi Akar as the vice president of the state.

The rumors about Hulusi Akar replacing Erdogan sound lucrative and comforting to the ears of many anti-Erdogan and anti-AKP observers. Yet, they seem too deceitful in the expert eye. Personally, I believe that changing Erdogan, as a flat step, will be an awesome turning point for the Middle East region, if not the whole world. Erdogan’s personal religious and political biases, that made him provide unconditional support to political Islamist groups, such as the Muslim Brotherhood, have cost Turkey and its neighbors in the Middle East and Europe a lot of suffering, over the past decade. Removing Erdogan means the end of this suffering. This will, also, benefit Turkey in its historical struggle for a fair share in the seabed treasures of the Mediterranean.

On the flip side, Hulusi Akar becoming the president of Turkey sounds like an epic scene in a Shakespearean drama. It pleases the heart to imagine, but the mind refuses to believe. Hulusi Akar is much more than a clever and disciplined soldier, who worked hard until he got to the top ranks of his career ladder. Hulusi Akar is an exceptional military commander, who managed in the lifetime of one man to create an impressive legacy of unprecedented diplomatic and military conquests that forever changed the dynamics of power in the Middle East and the eastern Mediterranean regions. The unique pairings of his personality, enhanced by a myriad of political and diplomatic skills, have enabled him to constantly progress throughout the path he created for himself, regardless of the political orientation of the governments that he worked under. Imagine what he can do if he becomes a president of an important country like Turkey.

However, by giving the whole story a second thought, you will discover that these are only fantasies about the future that may never come. For Turkey to change its president from Erdogan to Akar, three things need to happen. First, Erdogan should willingly decide not to run in the upcoming presidential elections. Second, Akar should willingly decide to kill his glorious legacy as a military leader and immerse his name in the filthy mud of political competition. Third, the majority of voters should vote to Hulusi Akar, even though he may not act better than Erdogan regarding the state’s chronic economic mishaps.

Up till this moment, it does not seem that Erdogan or Akar or even the majority of the voters are willing to do any of that. Hulusi Akar is minding his own military business, as usual, while Erdogan is busy running state affairs and preparing for the next presidential elections. Earlier this month, Erdogan mentioned that his desire to change the constitution in one of his public speeches. The experts interpreted this move as an attempt to increase his chances to win in the coming presidential elections. That does not sound like someone who is giving up his presidential seat to one of his ministers. Moreover, Erdogan and his Islamist AKP are still the most popular among the grassroots citizens, who represent the majority of the Turkish voters, compared to other allied or opposition parties and political blocs.

The funniest part, here, is that an American writer at the Foreign Policy magazine, claimed that Erdogan is too sick and too old to run for presidency and thus the AKP will force him to sit aside and put Hulusi Akar in his place. This illogic argument, too, has nothing to do with the reality on the ground, and is shamefully based on the rumors spread by random plebian on Twitter. First of all, Hulusi Akar has never attached himself to a political party, and I do not think he will do in the future. Big part of his political strength comes from being independent from all parties; whether Islamist or secular. Second, if age and health is a barrier to presidency, Joseph Biden, 78 years-old, would not have become the president of the United States. Also, for the sake of comparison, Erdogan is younger than Hulusi Akar by two years, and is younger than his closest ally Devlet Bahçeli by seven years.

That being said, Hulusi Akar needs to be very careful not to let his name being dragged in this muddy context for a long period of time. That does not only leave stains on his personal image and legacy as a one-of-kind military leader, but also affects the reputation of the Turkish Armed Forces that he leads. When the time is right, Hulusi Akar should come out and declare to public that he and the military are not part of this game. This is the best way to quickly pull himself out of this political trap, which is disguised as a democratic debate. As an independent military leader, with a devout nationalist ideology, Hulusi Akar is already bigger and better than a political competition of that kind. 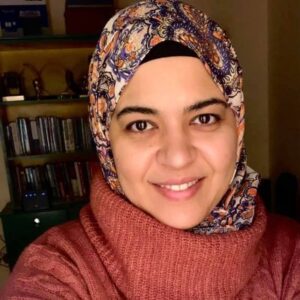