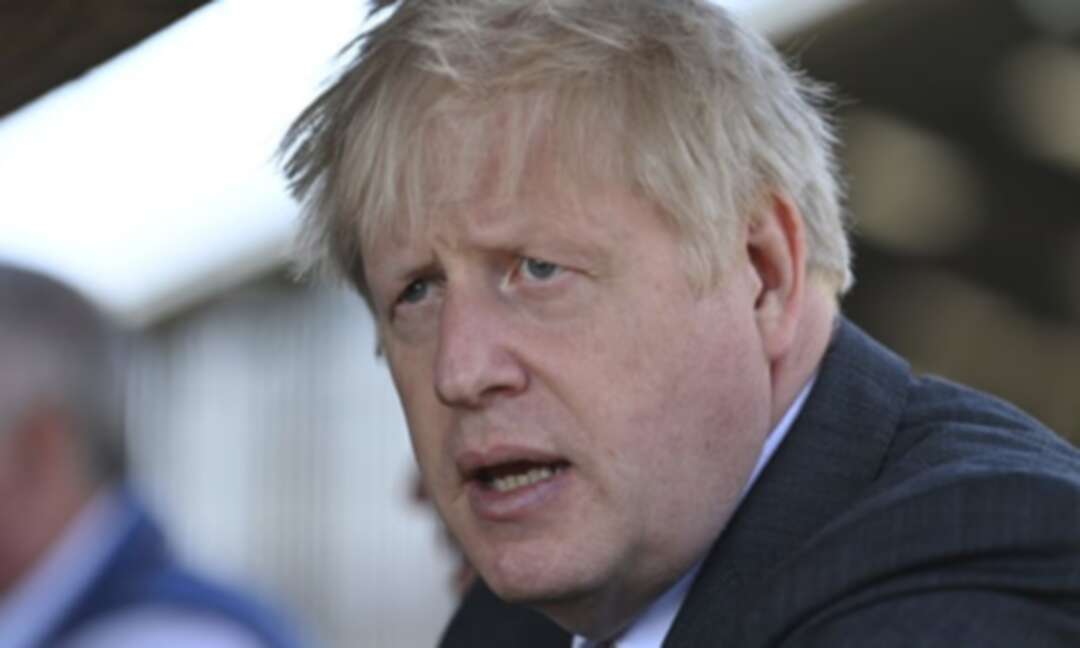 The GMB union said Boris Johnson’s reported comments that he would rather see ‘bodies piled high’ than approve a third lockdown ‘shows why a public inquiry is needed now’.

Suddenly, Boris Johnson’s vaccine honeymoon seems over. It’s as if he has been propelled back in time to the hard slog and agonising decisions on coronavirus. The Indian variant has changed everything.

Ministers give mixed messages on foreign travel; if they are confused about whether we can go on holiday to a country on the amber list, it’s no wonder the rest of us are. The amber list stems from Johnson’s voracious appetite to have his cake and eat it.

He wants to send a positive signal to people desperate for a holiday and the beleaguered travel sector, but he also knows from Downing Street’s opinion polls and focus groups that the public remains cautious. His tone about foreign travel has become more negative as the potential threat from the Indian variant has grown. But that’s no substitute for clarity.

After a familiar pattern of behaviour, the prime minister is rightly under fire for the inexcusable delay in putting India on the red list. It appears to be an open secret in Whitehall that Johnson dithered because he did not want to offend his Indian counterpart Narendra Modi ahead of his planned trade visit to the country. As soon as it was postponed because of India’s covid crisis, India was put on the red list.

Ministers’ claims about the number of Indian variant cases in England are deeply unconvincing. It emerged today that scientists were warning Johnson about the Indian variant four weeks ago, and some opposed going ahead with Monday’s relaxation of restrictions.

The vaccine rollout united the country, Johnson’s cabinet and MPs and even those pesky scientific advisers. The choices he must make in the next few weeks will almost certainly divide them.

It was easy for ministers to read a media script that told them to divert all questions to the vaccine: “We are in a much better position than last year because of the successful vaccine programme.” Now the picture is more complicated again, ministers doing media interviews tilt the balance towards their personal view, whether on international travel or the full relaxation due on 21 June.

Johnson desperately hopes the Indian variant will not force him to postpone that milestone. In a worst-case scenario, he might even have to roll back some of the freedoms we regained this week. The current thinking in Whitehall is that a clawback will not be necessary, but the number of cases over the next few days will be crucial.

The tricky questions are piling up. What higher level of Covid cases should Johnson allow, even if it would not overwhelm the NHS? Should he impose unpopular local lockdowns in hotspots? What about mask-wearing, social distancing, going back to the office and domestic Covid passports (ie the pub), which officials believe will return to the agenda if the Indian variant becomes the dominant one?

In another echo of previous phases of the pandemic, lockdown sceptic Tory MPs and their newspaper cheerleaders gear up for battle to ensure the 21 June relaxation goes ahead, irrespective of the data that is supposed to drive the government’s decisions. A cabinet minister warned darkly in the Daily Mail that missing the target would be Johnson’s “Theresa May moment” (missing her Brexit deadline, after which she was eventually ousted by her MPs).

But there’s a crucial difference from previous acts of this drama: Dominic Cummings is outside Johnson’s tent, lobbing rocks at him. The local elections came at a good time for Johnson. His former adviser’s appearance before MPs on Wednesday next week will come at a bad time.

Cummings has whetted our appetite in a 26-part Twitter thread, which also tosses pointers to the MPs on what to ask him about. Johnson tried to pre-empt Cummings’s demand for a full public inquiry into the government’s handling of coronavirus by announcing one will begin in the spring of 2022. Cummings has now rebutted the pre-buttal by warning: “The public inquiry will at no point ask: how does the deep institutional wiring of the parties/civil service program

Of course, Johnson allies will do their worst in trying to discredit the turbulent priest he naively thought he had sentenced to political death by booting him out of No 10. But his criticisms cannot be dismissed; he was there.

The mistakes are not only being exposed by Cummings. In a report today, the National Audit Office spending watchdog criticises the lack of planning for a pandemic which has “laid bare existing fault lines within society, such as the risk of widening inequalities, and within public service delivery and government itself”. One day, voters will remember the Tories have been in power for 11 years.

The “vaccine success” narrative was never going to last forever. Johnson will desperately hope the Indian variant is just a temporary disruption but knows it might not be. So this a dangerous moment for him.

Britain adds Spain to its green list of safe destinations BBC did not meet the standars for integrity over Princess Diana interview, Bashir 'deceitful'-report