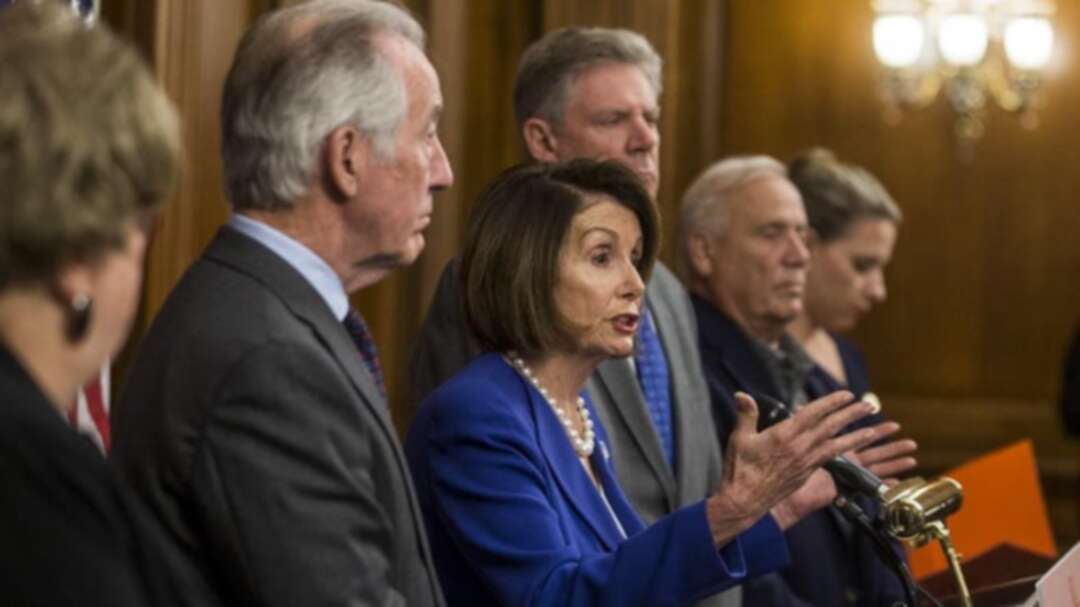 Pelosi says Trump had ‘meltdown’ over House vote on Syria

“I think that vote - the size of the vote, more than 2-1 of the Republicans voted to oppose what the president did - probably got to the president. Because he was shaken up by it,” Pelosi told reporters as she and the other Democrats emerged from the White House..

“What we witnessed on the part of the president was a meltdown. Sad to say,” Pelosi said.

“And that’s why we couldn’t continue in the meeting because he was just not relating to the reality of it.”

Republicans said Pelosi “stormed out.” Representative Michael McCaul, the top Republican on the House Foreign Affairs Committee, said he was disappointed to see Democratic leadership walk out of the meeting.

House Minority Leader Kevin McCarthy said how Pelosi addressed Trump was inappropriate and they had a productive meeting after she left.

There was no immediate response from the White House.

Pelosi said the White House scrapped a briefing for the full House scheduled for Thursday and the Democrats said they were concerned Trump did not have a strategy going forward in the region.

“I asked the president what his plan was to contain ISIS. He didn’t really have one,” Schumer said.