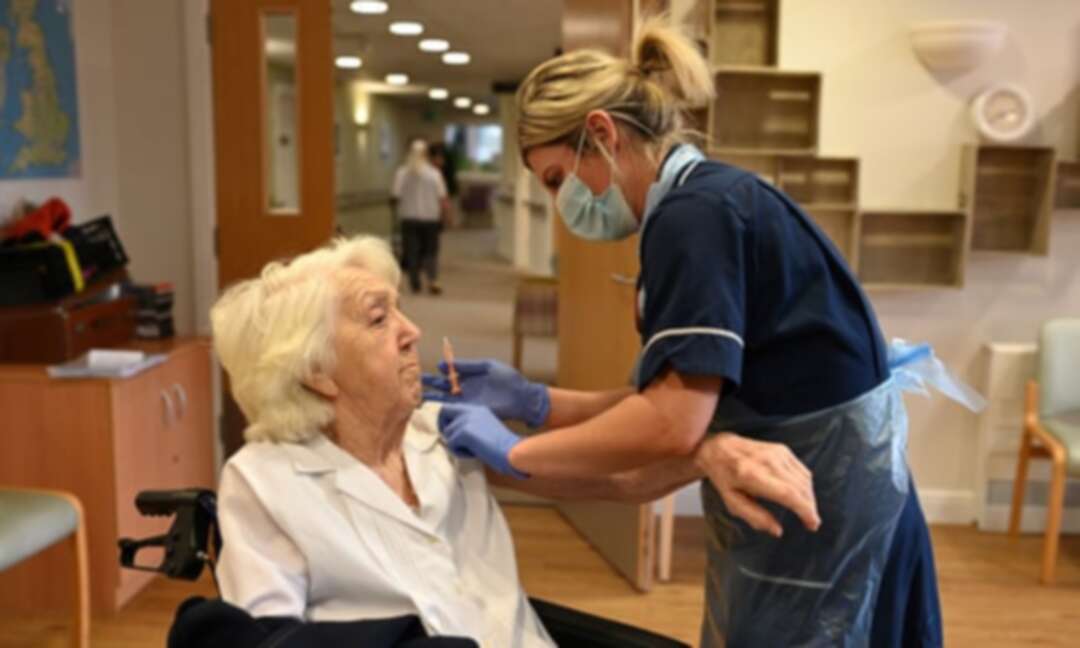 The NHS has said official figures are expected to confirm on Monday that it has offered a coronavirus vaccine to every older care home resident across England.

In another milestone for the vaccine programme, coming after it set a new daily record of almost 600,000 people being inoculated against Covid-19 on Saturday, nurses, GPs and other NHS staff have offered the jab to people living at more than 10,000 care homes with older residents.

The small remainder have had their visits deferred by local directors of public health for safety reasons during a local outbreak. Those homes will be visited and jabbed as soon as NHS staff are allowed to do so.

Boris Johnson called the achievement “a crucial milestone in our ongoing race to vaccinate the most vulnerable”. The prime minister said: “Vaccines are our route out of the pandemic, and having protected 8.9 million people with a first dose so far, our rollout programme will only accelerate from here on.”

The seven-day rolling average of first doses given in the UK is now 374,858. Based on the latest figures, an average of 401,512 first doses of vaccine would be needed each day in order to meet the government’s target of 15m first doses by 15 February.The Midlands has delivered more vaccines than any other English region (1,533,699), followed by north-east England and Yorkshire (1,306,355). London and the south-west have vaccinated the fewest, with 950,032 and 946,947 doses respectively.

The UK’s vaccine programme has been in operation for seven weeks, since 90-year-old Margaret Keenan became the first person to be vaccinated on 8 December.

Currently only the four most vulnerable groups are entitled to their first dose of the vaccine: those over 70, care home residents, health and social care workers and the clinically extremely vulnerable.

Fiona Carragher, director of research and influencing at Alzheimer’s Society, said it was great that the care home residents milestone had been met but remained concerned that staff vaccination rollout “has not been nearly so effective”.

“The most pressing question now is how and when can care homes restart safe, meaningful visits. Combined with PPE and testing, isn’t one jab enough? If not, what else needs to be in place? Another 12-week wait is unacceptable for people dying of loneliness,” she said.

“We need a swifter rollout of the second jab, as well as ensuring all staff receive it. At least 70% of care home residents have dementia, and they are losing their connection to the world, fading away. We must now see a concrete plan in place to reunite families.”

Liz Kendall, Labour’s shadow social care minister, said: “After the appalling loss of life in care homes it is very good news that the NHS has now offered vaccines for all elderly care home residents.

“It is essential that ministers now do everything possible to ensure care home staff take up their vaccines, move swiftly to vaccinate care homes for people with disabilities and crucially, home care staff who care for elderly and disabled people in their own homes.”

Vaccinations are now being administered at more than 250 hospitals, 1,000 GP-led services, 117 high street pharmacies and 47 large-scale vaccination centres across the country.