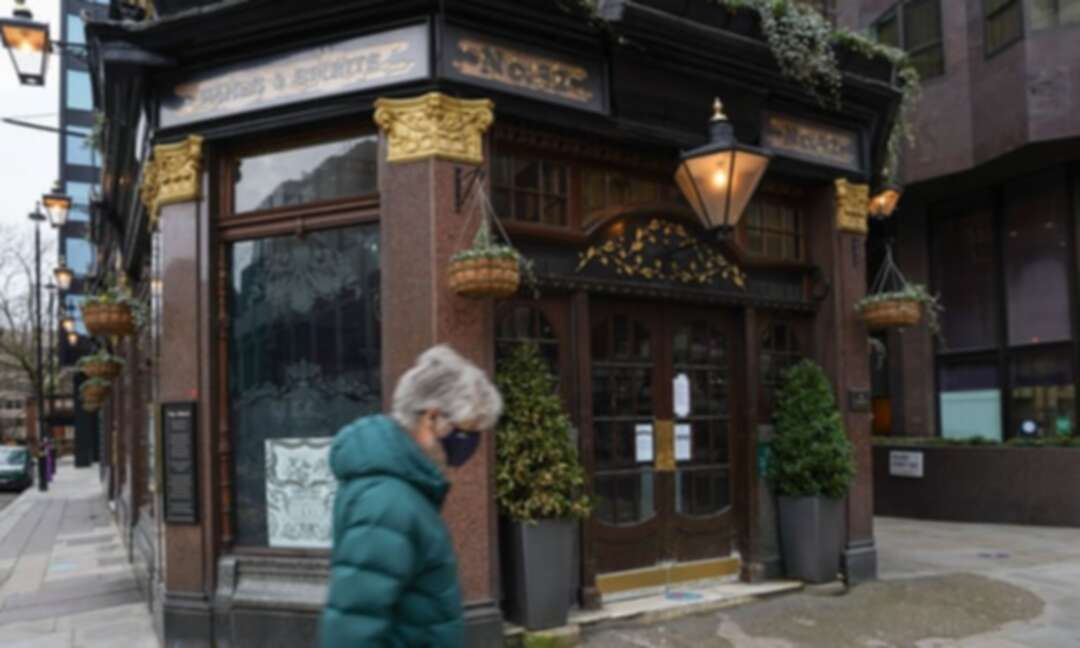 Hospitality venues will be allowed to serve customers outdoors from 12 April at the earliest.

People could use a revamped NHS app to prove their Covid status on entering pubs or theatres in England under plans being considered by ministers, as one major care provider said staff have two months to get jabbed or lose their jobs.

Ministers are expected to give businesses in England the power to check Covid certification – whether people have been vaccinated or the result of recent tests. That will include small-scale venues like restaurants or bars.

However, the equalities watchdog and trade unions have said that any move that relies solely on vaccine certification could be unlawful and that passes must not be used to relax Covid safety measures in workplaces.

One method under consideration in a review being led by Michael Gove is to revise an NHS app, which could be used to prove vaccination status or the result of a recent test. It is unclear whether people could upload the results of self-administered lateral flow tests.

Boris Johnson said he understood “fervent libertarians” might object to a Covid certification system for England – a phrase that could raise eyebrows among some of his backbenchers. However, he said there was “a case for it” when people needed to prove their status.

Downing Street sources said business were already able to use their discretion on who they served, within discrimination law.

The review is intended to be concluded to allow introduction of the measures before the roadmap reaches its final phase – on 21 June – when the government hopes to lift all social restrictions, though advice on hand-washing, mask-wearing and social distancing could still be in place.

Ministers are also planning to set out parameters about how employers can operate with regard to vaccination and testing. Some employers, such as Pimlico Plumbers, have already said they will require staff to be vaccinated. There are concerns that people could feel they will lose access to services and the review will look at what protections can be put in place.

Dr Pete Calveley, chief executive of Barchester Healthcare, the second-biggest care home provider in the UK, said his 17,000 staff were told this week that if they choose not to have a vaccine despite being eligible, they will stop being offered shifts from the end of April.

Around 5% of workers across 240 care homes have refused a jab on non-medical grounds, so action had to be taken to protect residents – some of whom only want to be cared for by staff who have been inoculated, he said.

Replacement staff will be told to prove they have had a Covid vaccine by providing a document from the myGP app showing they received it on a particular date.

Dr Calveley said the vast majority of his staff support the policy and polling he commissioned from YouGov showed the same is true of public opinion.

Legal advice has also been taken by Barchester, he added, which said that there may be “an overarching consideration that there is a compelling reason for you to do this that actually overcomes the issue of being discriminatory”.

Asked if the new measure could lead to staffing shortages, Calveley said: “It might do. It could be 10 to 12 staff in some homes, zero in many, and one to two in others.”

The trade union Unison has said it could challenge employers who “strong-arm” employees into compliance. Its general secretary, Christina McAnea, said that “scaring or intimidating people into compliance will do more harm than good”.

She added: “Employers can’t be allowed to strong-arm staff into having the jab, and certificates shouldn’t be used as a stick to threaten them.

“Doing so could have dire consequences for the care sector, which is already struggling to fill thousands of vacancies.”

Any move to require Covid certification in order to enter smaller venues, rather than mass events, is likely to cause a backlash from Conservative MPs, though ministers believe that the option of having a negative test as an alternative will mollify backbenchers.

Sources have suggested ministers hope to avoid scenarios where vaccination is the only way to gain access to do something – and have stressed the importance of testing and vaccination being combined.

Sturgeon said, however, she would not support their use for access to public services. She added: “I don’t close my mind to this, but I think, like everybody else, we want to think through this carefully.”

A similar scheme is under way in Israel, which has begun lifting lockdown restrictions because of its advanced vaccination programme, opening places such as gyms, hotels and synagogues.

Those venues require a “green passport”, a certificate on an app issued by the health ministry, valid for six months and available one week after the second dose of the vaccine.

Johnson confirmed that certification may not just be used for large-scale events, but smaller venues like pubs. “This is an area where we’re looking at a novelty for our country. We haven’t had stuff like this before,” he said.

“We’ve never thought in terms of having something that you have to show to go to a pub or a theatre, so there are deep and complex issues that we need to explore. Ethical issues about what the role is for government in mandating people to have such things, or indeed banning people from doing such a thing.”

One Conservative MP said there was “significant concern” on Tory WhatsApp groups about how the certification would operate – but said many would be won over if testing was allowed as proof of status as well as vaccination.

Another said: “I would never, ever support vaccine certificates to get into pubs. At that point, it’s no longer a free choice. We can’t be coercing people, regardless of our view. But test results I have no issues with at all – and I think that’s where we’ll end up.”

But the Equality and Human Rights Commission said that vaccine certificates could lead to “unlawful discrimination”.

They added that while returning to normal life is “a priority for most of us”, the certificates should not be introduced because of the risk they will “disadvantage people who have not received the vaccine, unless they can be shown to be justified”.

The TUC’s general secretary, Frances O’Grady, said she wanted as many people to get vaccinated as possible but the government must consider the powers it would give to employers.

“Getting a vaccine, or being able to prove that you’ve had one, should not be a condition of employment. It may be discriminatory and open up employers to legal challenge,” she said. “And employers must not use vaccination or testing programmes as an excuse to slack on coronavirus safety at work.”

The GMB union’s Dan Shears said he was also concerned they would be used by employers to remove protective measures.

“Then there are obviously discriminatory aspects for those who cannot be vaccinated on health grounds or due to pregnancy, which could potentially breach both employment and equality law,” he said.

Gove is also to lead a second review into social distancing, which will examine home-working advice and whether restaurants and bars can be allowed to reach full capacity. But it will also examine some of the intricacies of the advice on human contact – including when it is safe to permit people to hug.Guidance in the roadmap says the government will update its advice on social distancing between friends and family, including hugging by 17 May.