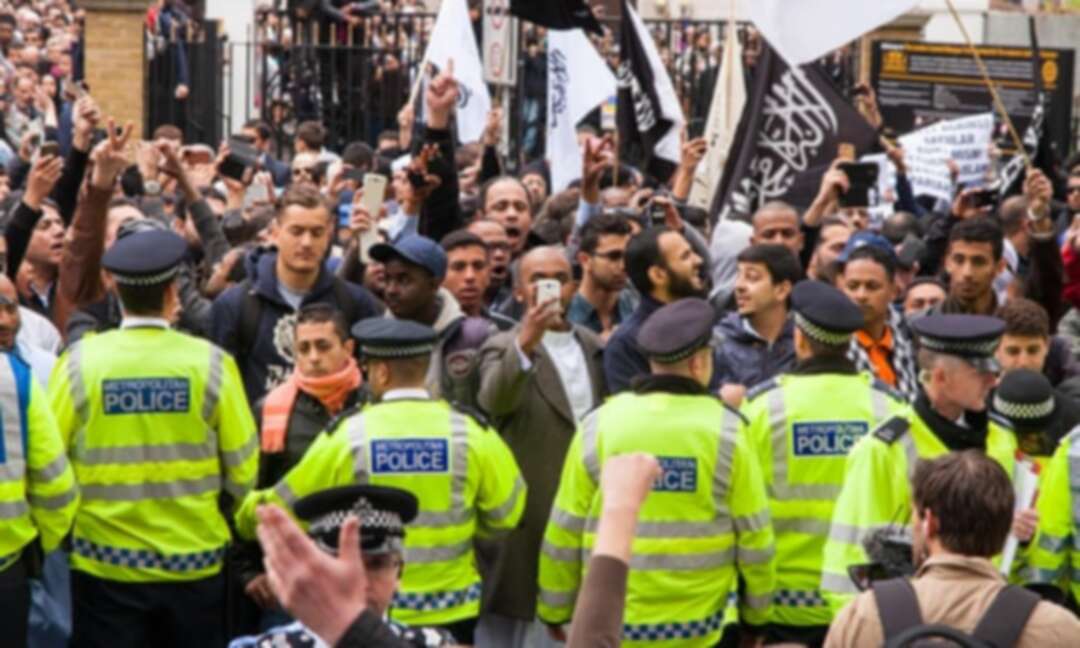 Massive gaps in the law allow terrorism to be glorified and hatred to be spread, and a major crackdown is needed to stop more violence being triggered, an official report has said.

The report from the Commission for Countering Extremism (CCE) calls for new laws to be considered, with groups accused of spreading hate facing bans.

Potential targets named by the CCE could include the far-right English Defence League and Cage, which has been accused of supporting Islamist extremism and violence.

The commission, which was set up by the government in 2017, also claimed that a tougher approach could have spotted that Thomas Mair, the man who assassinated Labour MP Jo Cox in 2016, was heading towards violent extremism.

It said that under current law praising Adolf Hitler, denying the Holocaust, praising Osama bin Laden, and far-right murderers such as Anders Brevik and Christchurch mosque attacker Brenton Tarrant was legal as long as the material did not directly encourage violence.

Other legal material, the report said, includes “fascist extremist organisation circulating pamphlets which promote false claims about a ‘white genocide’ intended to stir up hatred against a racial or religious group, but which are not threatening, abusive, or insulting”.

This amounted to a “gaping chasm”, the report said, with Rowley adding: “Not only have our laws failed to keep pace with the evolving threat of modern-day extremism, current legal boundaries allow extremists to operate with impunity.

“Hateful extremism is creating an ever-bigger pool for terrorists to recruit from, as well as increasing violence, hate crime and tensions between and within communities. The current situation is simply untenable.”

Rowley said even he was shocked by the extent of extremism and its spread, fuelled in recent years by the internet and social media.

The home secretary, Priti Patel, has been briefed on the report and is studying its recommendations.

Successive governments since 2005 have tried to toughen the UK’s stance against extremism, which falls short of breaking current terrorism or public order laws. But previous efforts have failed because of concerns that new laws might criminalise dissent, free speech and unpopular opinions. An attempt by the Cameron government failed because it could not define extremism.

The report by the CCE has the support of critics of previous efforts including activist Peter Tatchell. Tony Blair and David Cameron have also backed the report’s findings.

Rowley said this study avoided that pitfall by targeting the worst material, so called hateful extremism, where one group targets another to “to advance a political, religious or racial supremacist ideology” and wanting “to create a climate conducive to hate crime, terrorism or other violence”.

It is based on a concept already in use in terrorism trials, the “mindset material” where extremist material, such as from the far right or Islamist terrorist videos, are accepted as evidence of pre-existing extremism.

The biggest example of extremism that caused major harm was that of Anjem Choudary who as spokesperson for Al-Muhajiroun and its successor groups was linked to up to 100 terror recruits.

The commission said possession of terrorist material should be criminalised. Such an approach may have captured Choudary’s onetime friend Khuram Butt, ringleader of the 2017 London Bridge attack. In the years before the atrocity he was arrested and released despite being in possession of beheading videos and Isis propaganda because merely possessing them was not deemed on offence.

The new suggested approach drops talk of opposition to British values as being a sign of extremism and suggests a classification system could be used to rank the danger alleged extremist material poses, similar to that used for paedophile material or the harm drugs pose.

Rowley said a tougher approach for the internet was needed but technology companies had pointed out there was little more they could do until they was an accepted definition of what counted as extremism: “The magnifying effect of social media had transformed it from a sideshow to a major threat.”

The report said there were worrying signs the young were being duped by extremists.

The study quoted figures showing that 15% of young people and 20% of young male respondents to a 2020 poll said “the official account of the Nazi Holocaust is a lie”, and other polling showed the young were five times more likely than pensioners to believe lies against Jewish people.

Cage has long been a thorn in the side of government and counter-terrorism officials. Supporters say it is a community-based group fighting the excesses of the “war on terror”. Khan said Cage could meet the threshold for action if tougher measures were adopted.

Cage accused the commission of introducing a state version of cancel culture. A spokesperson said: “The CCE appears to be implementing an ‘official’ state-sanctioned policy of ‘cancel culture’ arguing for further restrictions on lawful speech. The views advanced by the CCE represent a fringe authoritarian and Islamophobic lobby within the halls of power.”

“Cage’s track record in seeking accountability for government overreach and violations of due process is well established. It is interesting that the CCE singles out a Muslim-led organisation for our warnings related to Prevent and ‘institutional Islamophobia’ even though this critique has also been made by a range of seasoned academics, UN rapporteurs and experts.

“After 3 years, and at great taxpayer expense, the CCE concludes its work without any further clarity on what ‘extremism’ is. Instead it promotes ideas from some of the most stridently Islamophobic and censorious organisations in the industry.”