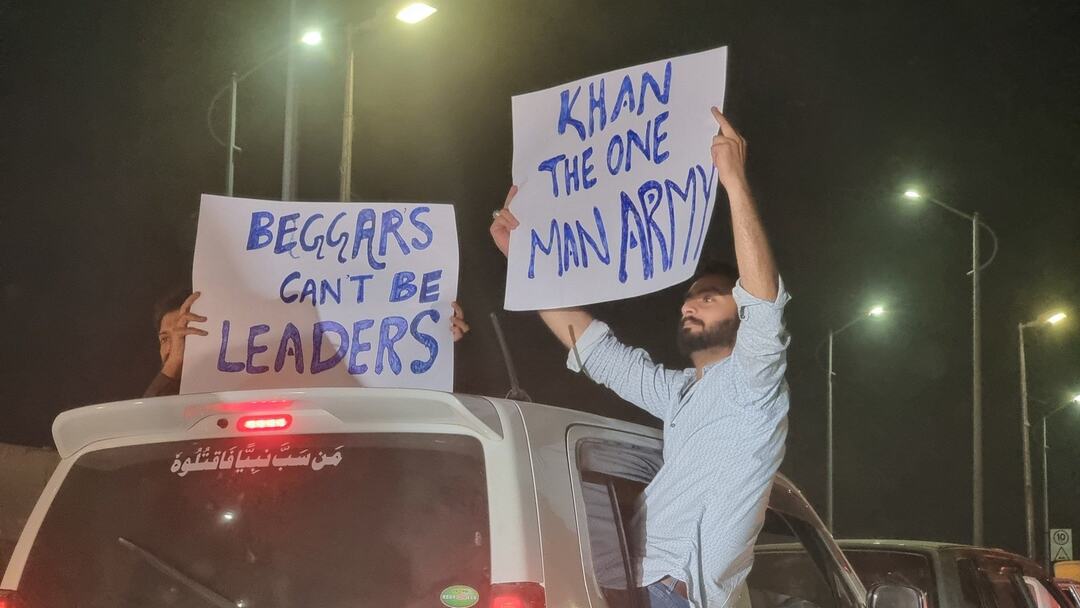 The We For News reported, Massive protests rocked multiple Pakistani cities, including the country’s capital of Islamabad, on Sunday (Apr 10), with thousands taking to the streets to express their support to the deposed Prime Minister Imran Khan.

It said that he was ousted by the country’s parliament in a successful no-confidence vote on Saturday (Apr 9). Khan blasted the vote as a foreign-backed regime change operation.

Khan said on Twitter, sharing footage of the protests: “Never have such crowds come out so spontaneously and in such numbers in our history, rejecting the imported govt led by crooks."

The protests were spearheaded by Khan’s PTI party, which called upon its members and supporters to take to the streets across the country.

Earlier in the day, Khan reiterated his allegations against the US, blaming his ouster on Washington and branding it a “regime change” operation aimed at bringing “into power a coterie of pliable crooks all out on bail.”

Never have such crowds come out so spontaneously and in such numbers in our history, rejecting the imported govt led by crooks.

The former PM has also said the country was entering a new period of “freedom struggle” with the Pakistani people protecting “sovereignty and democracy” from a “foreign conspiracy of regime change.”

Pakistani PM Imran Khan says his life is in danger

Previously, the politician claimed to have a recording obtained from the Pakistani ambassador in Washington proving the allegations. The US had firmly rejected such allegations, denying any involvement into the Pakistani events.

Pakistani PM invites his Indian counterpart to a televised debate

Pakistan’s National Assembly passed a vote of no-confidence against Khan with 176 lawmakers out of 342 voting for the move to end his office term early. The PTI party effectively lost its parliamentary majority back in March, after seven MPs from its coalition party defected and joined the ranks of the opposition. Pakistan’s parliament is set to hold a vote to pick a new PM on Monday.

The Russian invasion of Ukraine: Considerable rise of the cost of living in Britain Recorded number of cancer cases in Tanzania is alarming, says Health Minister