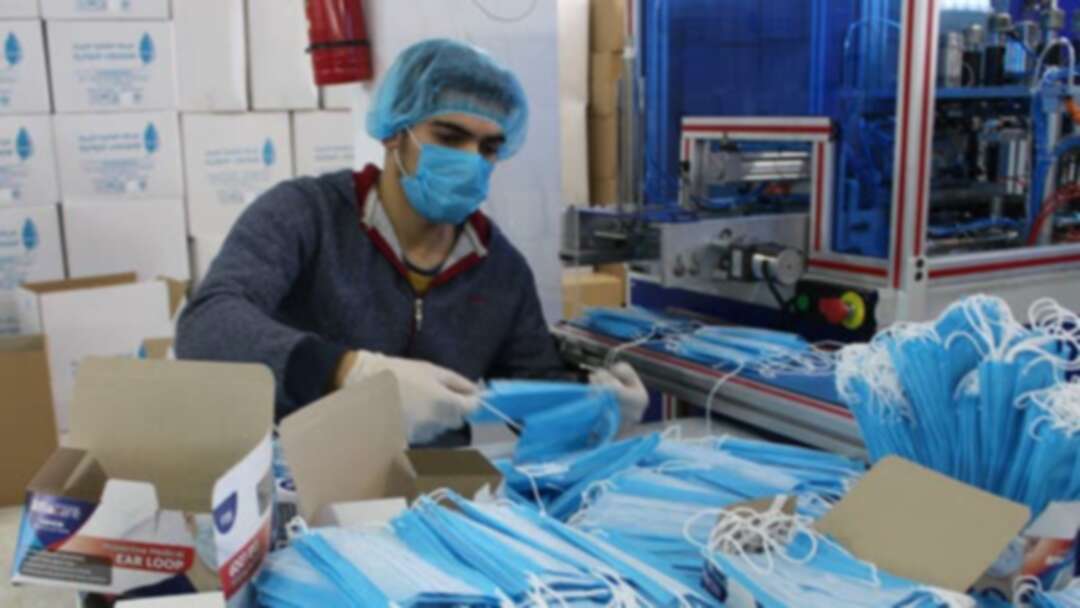 A worker wears a protective face mask and gloves at a factory for masks, as part of precautionary measures against coronavirus, in Misrata, Libya. (File photo Reuters)

The UN-recognized Government of National Accord (GNA) led by Fayez al-Sarraj in Libya declared a night-time curfew and closure of public spaces starting Sunday to keep the novel coronavirus out of areas it controls while fighting continued south of the capital.

It also ordered the closure of restaurants, cafes and party halls and banned funeral and wedding ceremonies.

Libya, which has been mired in chaos since the 2011 overthrow of longtime dictator Muammar Qaddafi, is divided between the GNA and the Libyan National Army (LNA) led by Khalifa Haftar.

LNA forces imposed their nighttime curfew on Thursday in areas under their control.

Libya has not recorded any cases of the COVID-19 disease, but experts fear an outbreak could be catastrophic due to the country’s degraded health system.

UN chief Antonio Guterres on Saturday joined those expressing concern and urged both GNA and LNA forces to observe a truce in their deadly fighting in and around Tripoli.

“Given the already dire humanitarian situation in Libya and the possible impact of the COVID-19 pandemic, the Secretary-General calls on the parties to join forces to address the threat and to ensure unhindered access of humanitarian aid throughout the country,” a statement said. levant