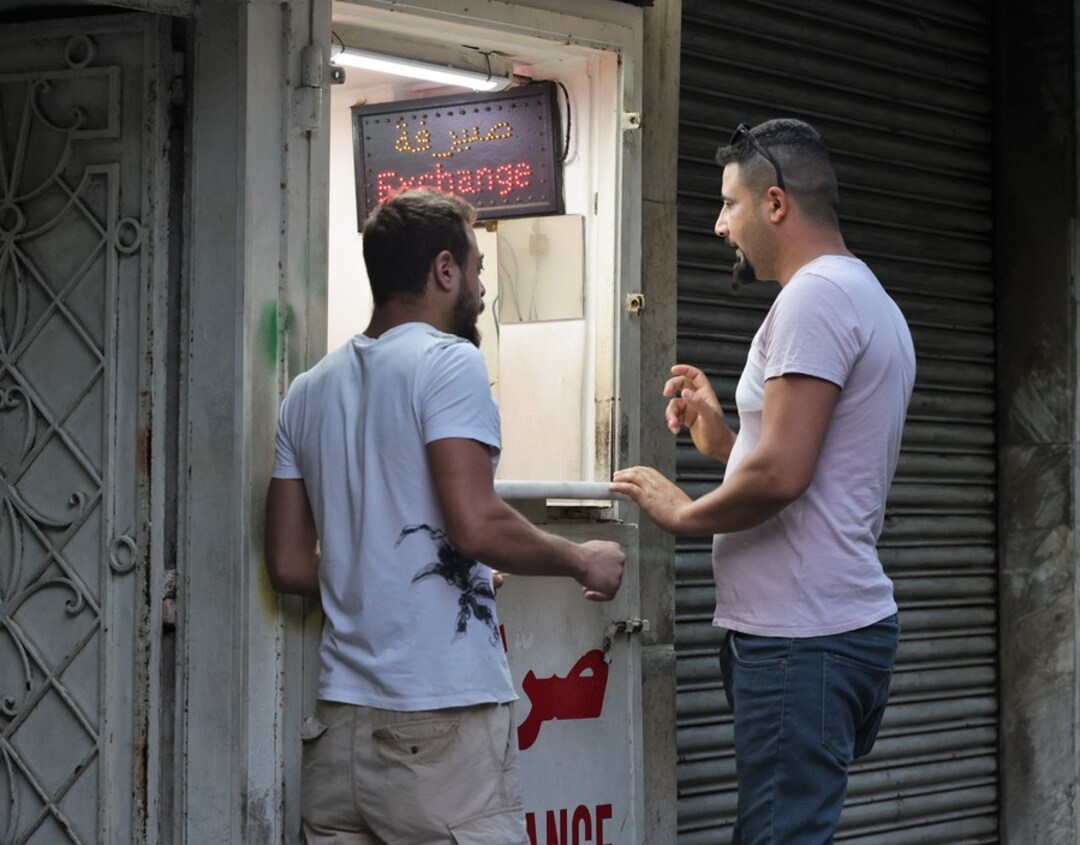 People wait to exchange money at a currency exchange office on the Hamra Street in Beirut, Lebanon, on May 24, 2022. (Xinhua/Liu Zongya)

Lebanese local media reported, the Lebanese pound on Tuesday (May 24) sank to a new historic low on the parallel market amid the country's unprecedented financial crisis.

The Elnashra news website, the exchange rate of the Lebanese pound declined to 34,000 against the U.S. dollar, down from the previously record low of 30,000 against the dollar less than a week ago.

Mahassen Moursel, a researcher in financial crimes, told Xinhua the surging demand for dollars among Lebanese importers triggered the latest plunge of the Lebanese pound.

According to Moursel, Lebanese import companies, facing surging commodity prices in the global market, resorted to buying dollars from the black market to finance their business as commercial banks only supplied them with 20 percent of the needed amounts.

She added: "Political instability in the country also weighed heavily on the price of the local currency, not to forget the judicial accusations against the central bank governor which led to a loss of confidence in the banking sector."

It should be noted that Lebanon has been facing an unprecedented financial crisis in the past years amid a shortage of the U.S. dollars caused by the political instability and deteriorating economy.

Drunkenness, vomiting and a scuffle detailed at UK government lockdown parties Iran moves ahead with execution of Swedish doctor sentenced to death in spying trial