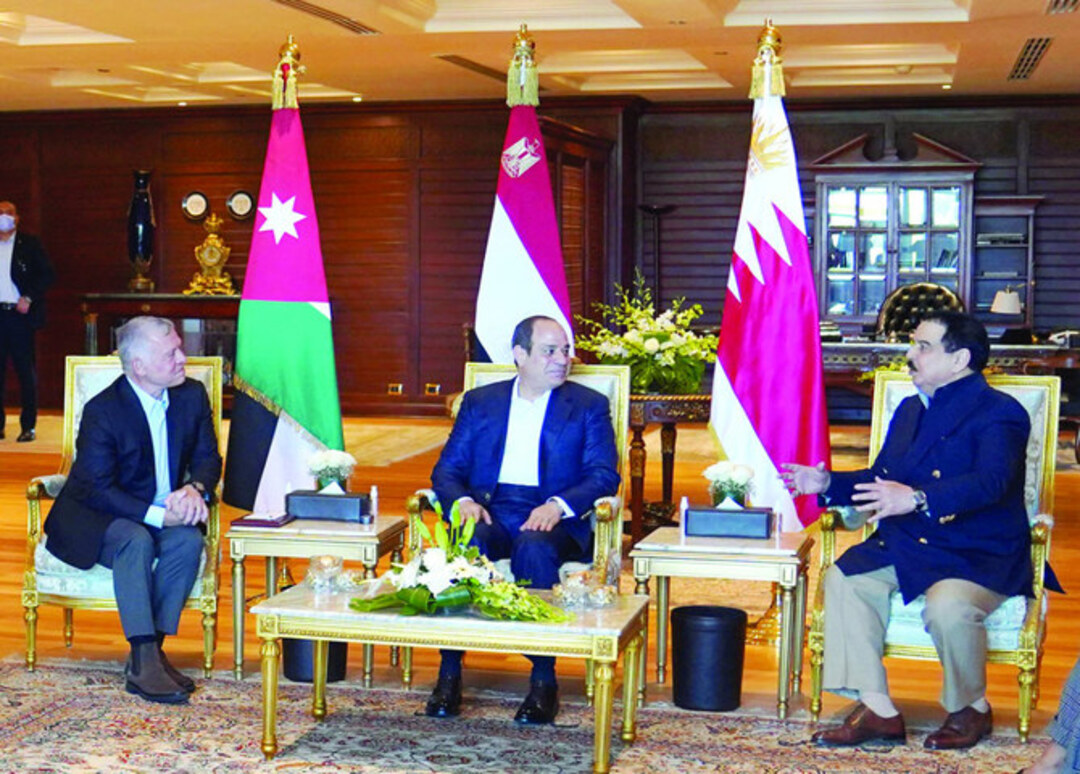 The Arabnews reported, the US regional summit in Jeddah, scheduled for next month, topped the agenda of a trilateral meeting between Egypt’s President Abdel Fattah El-Sisi, Bahrain King Hamad bin Isa Al-Khalifa and Jordan’s King Abdullah in Sharm El-Sheikh on Sunday (June 19).

US President Joe Biden will visit Jeddah on July 15-16, where he will discuss with other assembled leaders the energy crisis, the wars in Ukraine and Yemen, the Iranian nuclear file, cybersecurity and food security.

The leaders underscored the need to expand trilateral cooperation across all sectors to fulfill the aspirations of their peoples and enhance regional security and stability.

The meeting stressed the need to continue working to step up joint Arab action to overcome the challenges of food security, rising prices, and energy costs in light of global developments.

The leaders emphasized the need to support the “legitimate” Palestinian struggle and “the two-state solution,” leading to the establishment of an independent Palestinian state on the June 4, 1967 borders with East Jerusalem as its capital.

Efforts to reach political solutions to regional crises, as well as efforts to counter terrorism within a holistic approach were also discussed.

The three leaders welcomed the July summit to be hosted by Saudi Arabia, bringing together the leaders of the Gulf Cooperation Council member states, and the leaders of Jordan, Egypt, Iraq, and the US.

The official spokesman for the Egyptian presidency said: “President El-Sisi affirmed Egypt’s pride in the historical ties that unite the two brotherly countries and peoples.”

He added that Egypt was keen “to continue to enhance bilateral cooperation with Bahrain in various fields, intensify the pace of joint coordination towards developments in the Middle East, and enhance unity and joint Arab action in facing various regional and international challenges.”

King Hamad said his visit to Egypt was a “continuation of the historical and distinguished relations that bind the two countries, governments and people, and their common destiny and future.”

The Bahraini monarch praised Egypt’s “pivotal and firm role as a mainstay for security and stability in the region, and its efforts to promote joint Arab action at all levels,” expressing his admiration for “the great and qualitative development witnessed (in) Egyptian-Bahraini relations in various political, economic, developmental and other fields of common concern.”

He also expressed a desire to deepen relations with the North African nation.