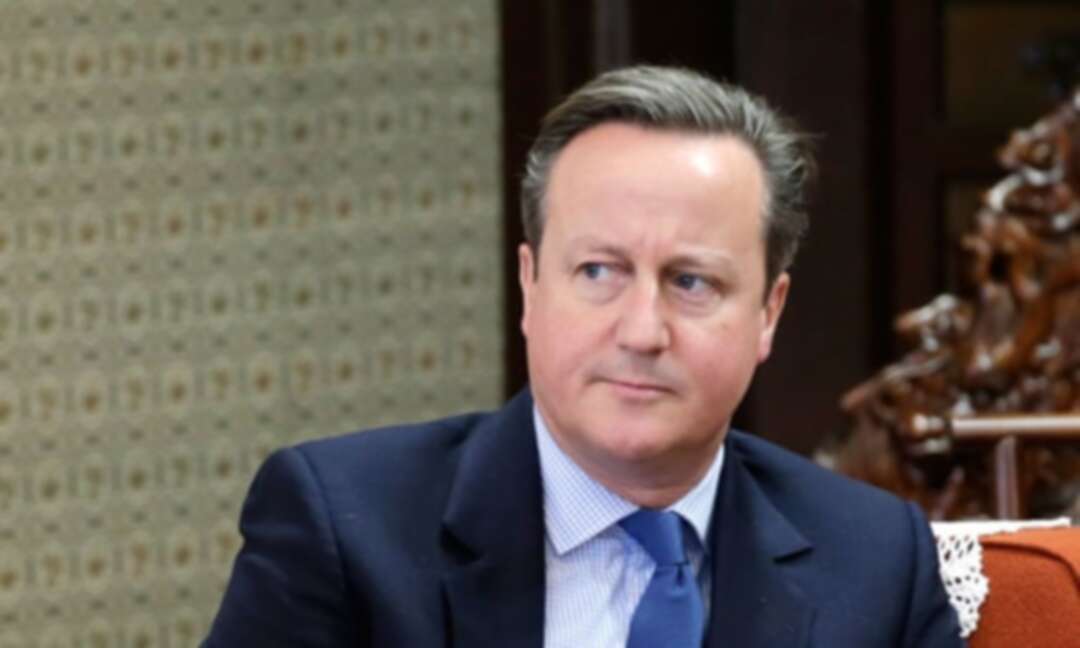 David Cameron texted Rishi Sunak, the chancellor, last year asking him to include Greensill in the government’s Covid rescue schemes.

Labour has renewed its calls for a full investigation into David Cameron’s role in the collapse of the Greensill finance empire after a business card emerged that appeared to confirm its founder, Lex Greensill, had a role at the heart of Downing Street.

The card, handed to Labour by a business contact who said they received it in 2012, describes Greensill as “Senior Adviser, Prime Minister’s Office”, and gives a personal No 10 email address at which he could be contacted.

A source close to Greensill confirmed the card was genuine, saying it dated from a period when the Australian banker held the title senior adviser, a position to which they said he was appointed by the civil service.

This was before 2014 when he was made a “crown representative”, a post meant to help the government identify ways to save money, and which also includes management consultants and other corporate experts.

Cameron has come under mounting pressure to explain why Greensill was allowed to become an unpaid adviser to government – a role in which he was reportedly allowed to pitch his financial projects across Whitehall.

Subsequently, Cameron took on an advocacy role for Greensill Capital, urging the chancellor, Rishi Sunak, in text messages last year to include Greensill in the Treasury’s Covid rescue schemes.

The shadow chancellor, Anneliese Dodds, said: “This raises further serious questions about the special access Lex Greensill was granted to the heart of government. The public have a right to know what happened here – we need a full, transparent and thorough investigation.”

Greensill Capital collapsed into administration earlier this month. Cameron was cleared last week by watchdog the Registrar of Consultant Lobbyists on the grounds that as an employee of the firm his behaviour did not formally constitute lobbying; but fresh questions have continued to emerge about the relationship between the two men.

The Financial Times has reported that Greensill was brought into Downing Street by the then cabinet secretary Jeremy Heywood, who had come across the financier during a stint at City bank Morgan Stanley, where Greensill worked before setting up on his own.

Cameron’s government launched a supply-chain finance initiative that allowed banks to play a go-between role between Whitehall and local pharmacies.

Greensill’s business card, which appeared to confirm his closeness to Cameron and access to No 10, emerged as Sunak was accused of breaking the ministerial code for failing to declare Cameron’s approaches.

Tom Brake, a former Liberal Democrat MP who helped design the lobbying register while he was deputy leader of the House of Commons, said the law required the chancellor to publicly declare any unplanned discussions with lobbyists such as Cameron, who joined Greensill as an adviser in 2018.

The code says that ministers who end up meeting and discussing official business without another official present, “for example at a social occasion or on holiday”, should pass any “significant content” back to the department as soon as possible afterward. Any unplanned discussions will then be published in a report of ministers’ external meetings, which is released four times a year.

Brake’s accusations rest on an interpretation that texts conversations are covered by the code. The fact that Greensill was not listed on the formal register of ministerial meetings meant that Sunak did not follow the rules as they were intended, the former MP has claimed.

“The ministerial code is clear. Attempts to lobby Rishi Sunak, even an informal one such as receiving multiple text messages, a) must be reported back by Mr Sunak to the Treasury; and b) the contact must then be formally reported in Mr Sunak’s quarterly report of ministerial meetings,” Brake, who now works for campaign group Unlock Democracy, said.

“It is not clear whether the first happened. The second did not. This is a significant breach by the chancellor of the ministerial code and the transparency rules,” Brake said.The ballooning scandal surrounding Greensill hit Whitehall after it emerged that Cameron had contacted the chancellor on his private phone last April while working as an adviser for the firm. At the time, Greensill was trying to secure access to hundreds of thousands of pounds of emergency Covid loans it did not qualify for.

However, it is understood that most of Cameron’s texts went unanswered and that Sunak later directed him to speak to Treasury officials, who denied Greensill access to the CCFF. The bank was allowed to issue loans to its customers under a scheme run by the state’s British Business Bank, which were 80% guaranteed by the taxpayer.

“The chancellor’s silence on the Greensill affair is deafening,” the shadow City minister, Pat McFadden, said.

A spokesperson for the Treasury said: “Senior officials and ministers routinely meet with a range of private sector stakeholders and the government received many representations from the entire spectrum of British business during the pandemic.

“The company was directed to the appropriate officials and, following a consultation process involving several firms in the same sector, their request was denied.”

Cameron’s office did not respond to requests for comment.