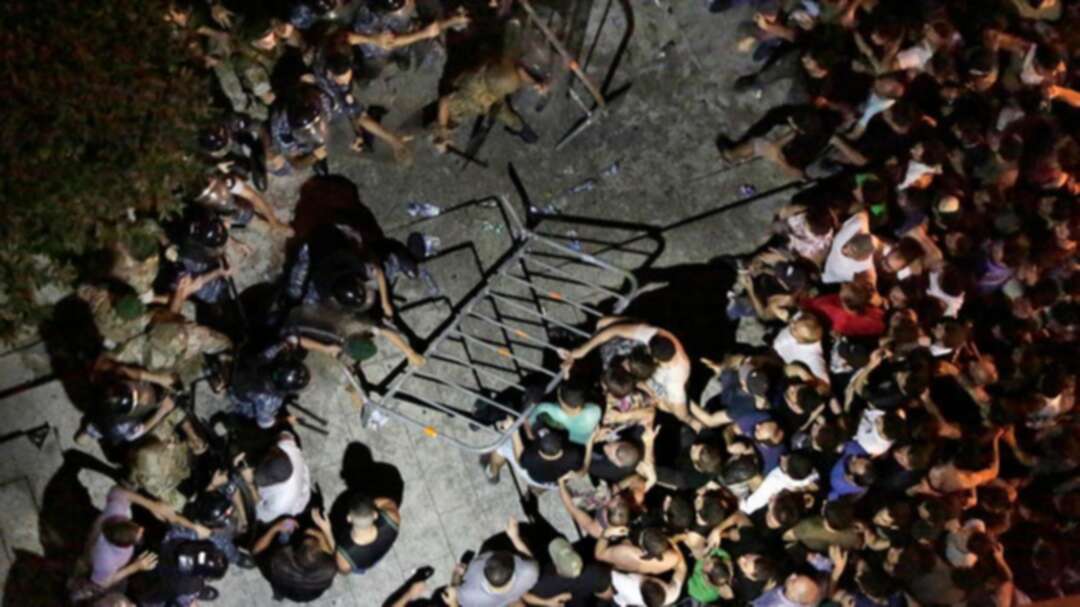 Anti-government protesters clash with riot policemen on a road leading to the government house in downtown Beirut, Lebanon, on Oct. 18, 2019. (AP)

Kuwait’s Embassy in Lebanon on Friday asked citizens wishing to travel to Lebanon to wait because of the current protests and unrest, while Egypt called on its nationals to avoid protest areas.

“The embassy also calls on citizens currently in Lebanon to take utmost care and stay away from crowds and demonstrations,” the Kuwaiti Embassy said in its tweet.

"The embassy calls on all Egyptian citizens in Lebanon to avoid the areas of gatherings and protests, to be careful in their movements and to abide by the instructions of the Lebanese authorities in this regard," Egyptian state news agency MENA said.

Meanwhile, due to the road closures and unrest, the US Embassy has temporarily restricted off-compound movement of its personnel and instructed its citizens in the country to avoid crowds and areas of demonstration.

Protesters across Lebanon blocked roads with burning tires on Friday and thousands marched in Beirut, calling on the government to resign over an economic crisis.