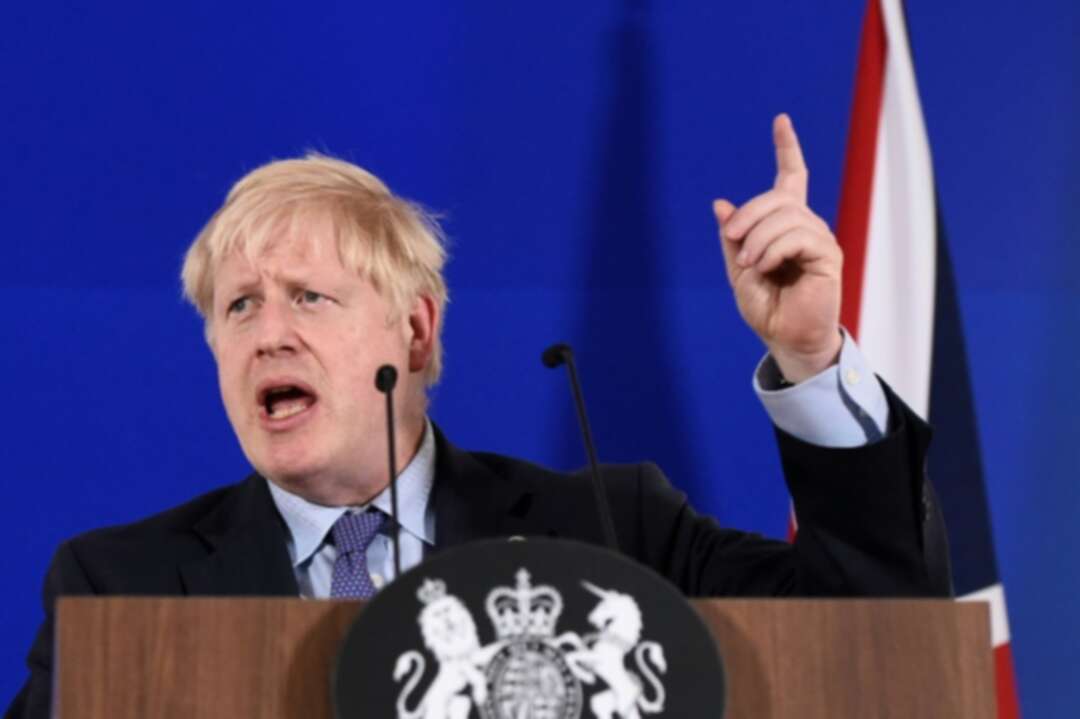 British Prime Minister Boris Johnson launched a charm offensive on Friday to sell his Brexit deal to sceptical MPs, with a looming vote in parliament resting on a knife-edge.

The Conservative leader pulled off a major coup in agreeing a new divorce deal with the European Union on Thursday, paving the way for him to deliver his promise to leave the bloc on October 31.

But the agreement must still be approved by the House of Commons, which is meeting for the first time on a Saturday in 37 years to debate the text -- and many MPs are strongly opposed.

Johnson told a Brussels press conference late Thursday that he was "very confident" of getting the accord through -- although analysts suggest the vote could be very tight.

Johnson has no majority among MPs, opposition parties have come out against the deal and even his parliamentary ally, Northern Ireland's Democratic Unionist Party (DUP), says it cannot support the terms.

If the Commons rejects the deal, Johnson will be forced by law to ask the EU to delay Brexit, for what would be the third time. He has said he would rather "die in a ditch" than do so.

European Commission President Jean-Claude Juncker sought to focus MPs' minds, saying Brussels can see no need to prolong the tortuous three-year Brexit process - although the decision to delay, if requested by London, would be for EU leaders.

He pledged to renegotiate the most contentious elements of a divorce text agreed by his predecessor Theresa May with Brussels last year, which was rejected by MPs three times.

The compromise deal that was finally struck on Thursday has a new arrangement for keeping open the border between British Northern Ireland and EU member Ireland.

"It looks like we are very close to the final stretch," EU Council President Donald Tusk said after the bloc's leaders endorsed the text.

Johnson has assured his European counterparts that he can get the deal through the Commons, where he requires the support of 319 other MPs to guarantee backing.

"I'm very confident that when my colleagues in parliament study this agreement, that they will want to vote for it on Saturday, and then in succeeding days," he told reporters.

"This is our chance in the UK as democrats to get Brexit done, and come out on October 31."

The main opposition Labour, Scottish National and Liberal Democrat parties are also against.

The pound had risen to five-month peaks on news of the deal.

However sterling dipped about 0.1 percent against the dollar on Friday as investors continued to fret over Johnson's chances of success.

Johnson will meet with and call MPs to try to win support for his deal throughout Friday, a Downing Street official said.

With the numbers extremely close, he needs to win over Labour MPs representing Brexit-supporting constituencies.

The Labour leadership objects to the new deal because it paves the way for looser ties between Britain and the EU than were previously envisaged. The party wants a second referendum on any deal.

"We should just vote the deal down because it's such a bad deal," Labour finance spokesman John McDonnell told BBC radio.

Britain's eurosceptic newspapers backed Johnson's deal, which comes more than three years after Britons voted narrowly to leave the EU in a referendum that has left the country bitterly divided.

"Get real... take the deal!" said The Sun's front page, while the Daily Mail went for "He's done his duty. Now MPs must do theirs", and the Daily Express said "Just do it!"

Meanwhile the Financial Times called for a second referendum, while the Labour-supporting Daily Mirror said the best thing about Johnson's deal was that it was better than no deal.

The Times urged lawmakers to back the agreement, while The Daily Telegraph said parliament "must not scupper this chance".

However, the DUP has said it cannot support the plans, as efforts to avoid checks on the Irish land border would lead to new trade barriers between Northern Ireland and mainland Britain.

Johnson took office in July vowing to keep to the October 31 Brexit deadline, deal or no deal.