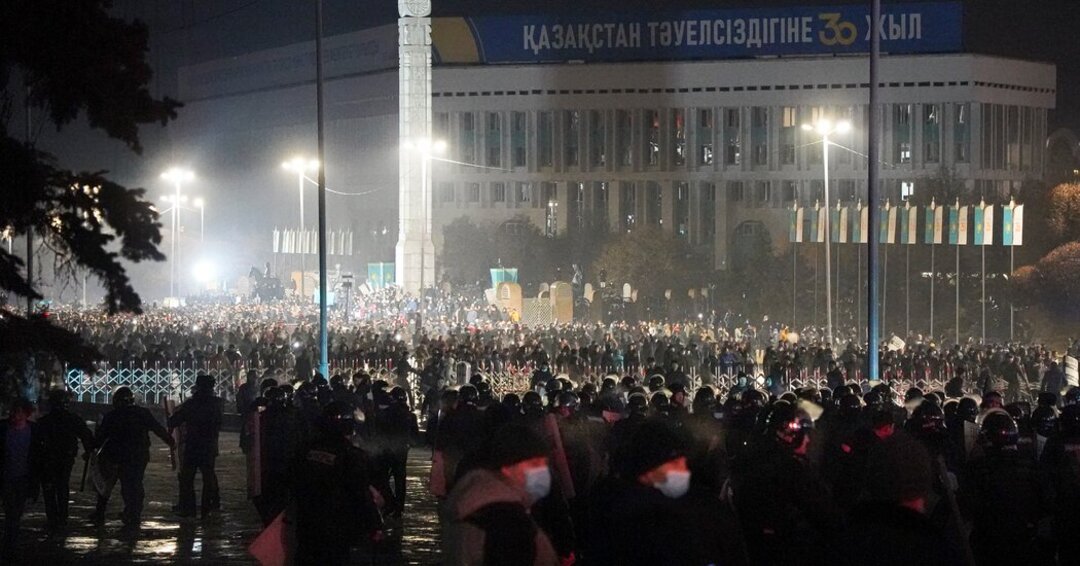 The BBC reported that Russian-led troops will be deployed to help "stabilise" Kazakhstan amid anti-government demonstrations.

The protests were first sparked by rising fuel prices but have broadened to include political grievances.

President Tokayev accused foreign-trained "terrorist gangs" of being behind the unrest.

An expert on Central Asia at the foreign affairs think tank Chatham House in London, Kate Mallinson, said the protests were "symptomatic of very deep-seated and simmering anger and resentment at the failure of the Kazakh government to modernise their country and introduce reforms that impact people at all levels".

Vowing a tough response to the protests, the president imposed a nationwide state of emergency that includes a curfew and a ban on mass gatherings.

In a televised speech in the early hours of Thursday, he said he had sought help from the CSTO - a military alliance made up of Russia and five other ex-Soviet states - to help stabilise the country.

The BBC noted that president Tokayev is only the second person to lead Kazakhstan since it declared independence in 1991. His election, in 2019, was condemned by the Organization for Security and Co-operation in Europe (OSCE) as showing scant respect for democratic standards.

Over 200 people detained in Kazakhstan unrest

Much of the anger on the streets, however, seems to have been aimed at his predecessor, Nursultan Nazarbayev, who has held a powerful national security role since stepping down. On Wednesday, he was fired in a bid to subdue the growing unrest.