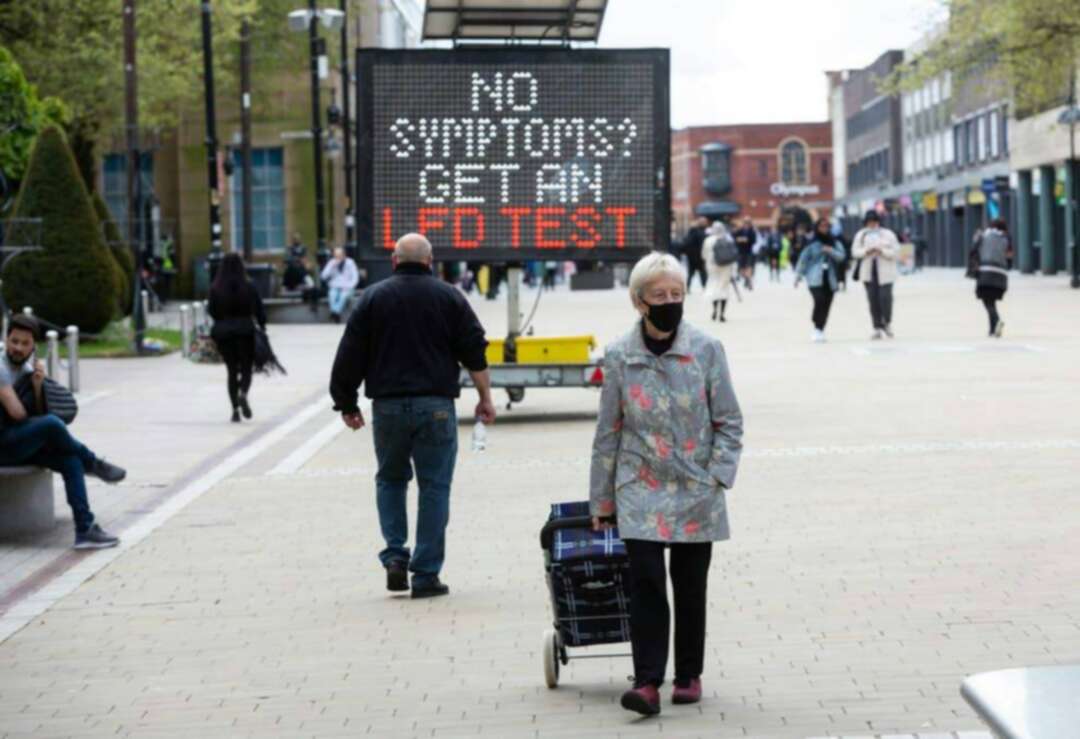 The rapid spread of a coronavirus variant first detected in India has lead to rising concerns that the next phase of lockdown easing may be delayed.

Boris Johnson has identified 21 June as the date from which England could enjoy the full relaxation of restrictions – a move that would see all legal limits on social contact removed and businesses such as nightclubs opening.

However, there are increasing concerns that the variant first detected in India could put a spanner in the works after confirmed cases in the UK rose by more than 160 per cent over the last week.

The spread of B.1.617.2 has already meant delays to Scotland’s tiered unlocking. While the rest of mainland Scotland entered level two restrictions on Monday, Moray and Glasgow were kept in the stricter level three measures due to outbreaks linked to the virus variant.

Expanded testing is being deployed, while younger people living in a number of certain postcodes are being invited to get their vaccine.

The variant is also causing a surge in cases in Bolton, which accounted for almost 10 per cent of the UK’s daily cases on Thursday. Blackburn with Darwen is also among the areas in England recording a rising number of variant cases.

How big a threat does the Indian variant pose?

There is evidence that B.1.617.2 may be more transmissible than the Kent variant that emerged last year in the UK – but scientists aren’t sure by how much.

Speaking at a press briefing earlier this week, deputy chief medical officerJonathan Van-Tam said that most scientists believe the Indian variant to be less than 50 per cent more virulent than the one first detected in Kent.

There are cases in several parts of the UK, with new infections being confirmed each day – so it is likely that combined with its higher level of transmissibility, it could become the UK’s dominant strain.

Fortunately, scientists are optimistic that existing vaccines are effective against the Indian variant, with the health secretary, Matt Hancock, saying that early tests from Oxford University offer a “high degree of confidence” that the jabs offer protection against B.1.617.2.

More than 37 million people – some 70 per cent of the UK’s adult population – have now had a first vaccine dose, and 21 million have received both shots.

Will it mean a third wave?

Despite the protection offered by vaccines, some experts believe that the variant could result in the UK being hit by a third coronavirus wave.

Prof Andrew Hayward, an expert in infectious disease at University College London, said he thinks the UK could already be at the start of a third wave due to the variant.

Appearing on BBC Breakfast on Thursday, Prof Hayward, who is a member of the Scientific Advisory Group for Emergencies (Sage), said: “Obviously we’re doing everything we can to contain the spread of that but it’s likely that more generalised measures may start to be needed to control it.”

But he said the scale of the problem posed by the variant is larger than others the UK has dealt with so far.

“Previously, we’ve been able to halt the spread of some other variants through localised

Prof Hayward said he had a “hunch” that B.1.617.2 was going to become “the dominant strain across the country, maybe even across the world”, adding that it was “a race against the vaccine and the virus“ in which “the virus just got faster”.

Will the end of lockdown be delayed?

It remains to be seen whether the final roadmap phase will be delayed – but the government has repeatedly stressed over the last week that it is a real possibility.

The prime minister’s spokesperson added on Monday that the government cannot yet be definitive about restrictions being ended on 21 June, reinforcing Mr Johnson’s point last Friday that the variant could cause “serious disruption” to the roadmap plans.

Mr Hancock confirmed on Wednesday that the government will announce on 14 June whether the next phase of unlocking on 21 June will go forward.